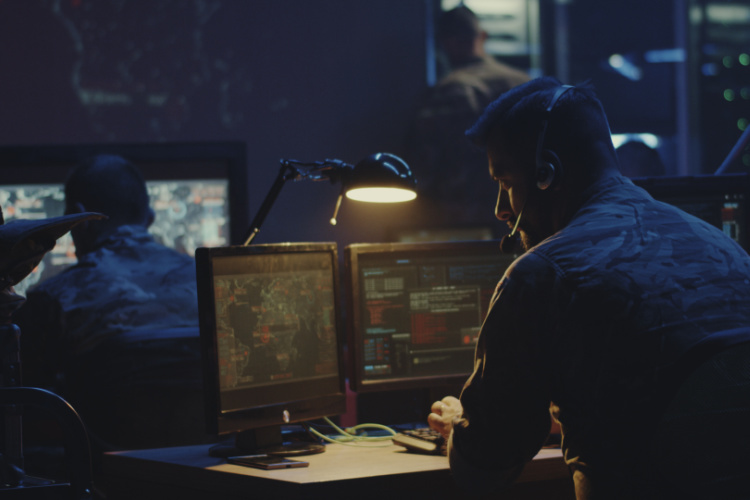 Now, as the UK prepares to launch a massive national vaccination program, it is openly enlisting the UK military to crackdown on dissent, not even in a physical sense, but merely the act of questioning the government’s official line regarding the “pandemic” and COVID-19 vaccine.

The UK is unleashing soldiers to track “disinformation.”

According to The Sunday Times, leaked documents have revealed that UK specialist soldiers are now monitoring the internet for COVID content and researching how British people are “being targeting” with the alleged misinformation (translate misinformation to mean anything that goes against the official narrative).

The army has mobilised an elite “information warfare” unit renowned for assisting operations against al-Qaeda and the Taliban to counter online propaganda against vaccines, as Britain prepares to deliver its first injections within days.

The defence cultural specialist unit was launched in Afghanistan in 2010 and belongs to the army’s 77th Brigade. The secretive unit has often worked side-by-side with psychological operations teams. (source)

These internet spies analyze how messages travel around the world, who is reading or viewing them, how the viewer or reader reacts, and how they then pass that information on to other people. The defense unit in charge of the massive spying operation is part of the 77th Brigade and works alongside Psychological operations teams in Afghanistan.

The unit collects “evidence of disinformation regarding the vaccines from hostile states, including Russia.”

Information collected revealed more than a third of British people are “uncertain” or “very unlikely” to receive the shot. This revelation caused concern amongst the government due to large-scale efforts recently launched to encourage Brits to sign up for the vaccine.

Interestingly enough, Retired Army Brigadier Ben Barry from the International Institute for Strategic Studies told The Sunday Times that the Army would most likely become even more important in “countering disinformation.” The Ministry of Defense sought to reassure the UK population by stating that the unit’s activities were “not directed at the UK population; 77th Brigade does not, and have never, conducted any action against British citizens.”

The government is here to help, of course.

But, as the iron curtain is quickly being pulled, no logical person believes the Ministry of Defense or any government official for that matter. In fact, the British government has been at war with its population for the last eight months. They are effectively imprisoning the entirety of the population to house arrest under authoritarian lockdowns. The government is preparing for ways to “deal” with what they label as misinformation about COVID, lockdowns, or vaccines.

A Cabinet Office spokesman stated, “As we edge closer to a vaccine, we continue to work closely with social media companies and organizations to anticipate and mitigate any emerging anti-vax narratives and promote authoritative sources of information.”

Before anyone gets the idea that the iron curtain is draped around Britain alone, however, keep in mind that the United States is only shortly behind the UK. Many of the most draconian measures have been overshadowed by election controversy. Indeed, little Englands exist all over America where left-leaning cities and states (and a few Republican ones as well) are under house arrest, people have been urged to cancel holidays, and some are even facing mask mandates inside the home.

Once the election mess is sorted out and if Joe Biden assumes power, America could take a more “national” approach.

Government involvement or not, Big Tech has become incredibly active in silencing anything and anyone who questions the UK or the US government.

Many researchers have found themselves banned from Big Tech “platforms.” Of course, all these propaganda machines have been purging and banning “anti-vax” pages and activists for quite some time.

Indeed, the same Communo-Fascist attempts at silencing dissent are happening in the United States. Take one recent CNN article as an example. Written by Elizabeth Cohen and Dana Vigue and entitled “US Government Slow To Act As Anti-Vaxxers Spread Lies On Social Media About Coronavirus Vaccine,” the authors state,

While anti-vaxxers flood social media with lies about the upcoming coronavirus vaccine — that it contains monkey brains, that it’s a CIA plot to take over the world — the government’s multi-billion-dollar vaccine effort has yet to come up with a public education campaign to counteract that propaganda.

“We are behind here,” said Dr. Francis Collins, director of the National Institutes of Health. “We haven’t done a good job of getting [coronavirus vaccine] information out there.”

The stakes are high. In May, a CNN poll found one-third of Americans said they would not get vaccinated against coronavirus, even if the vaccine is widely available and low cost.

“Speaking for myself, I think I underestimated the level of public resistance,” Collins said. “I didn’t expect it to be that widespread.”

Exactly how will the military be used in the vaccine push?

One common theme between the United States and the United Kingdom is the idea of the military administering the vaccine or cracking down on “disinformation.”

We have never before witnessed an attempt to force an entire population to accept vaccination as we see today. Nor have we ever witnessed a major scale attempt to eliminate dissent and openly promote only government narratives as we are today.

We are entering the perfect blend of 1984 and Brave New World: the oligarchs’ dream world. And unfortunately, the window of opportunity to stop it is closing rapidly.

Do you think the military will be deployed to administer the vaccine in the United States? How do you expect the scenario to unfold? Share your thoughts in the comments.