Lessons From An Underground Economy 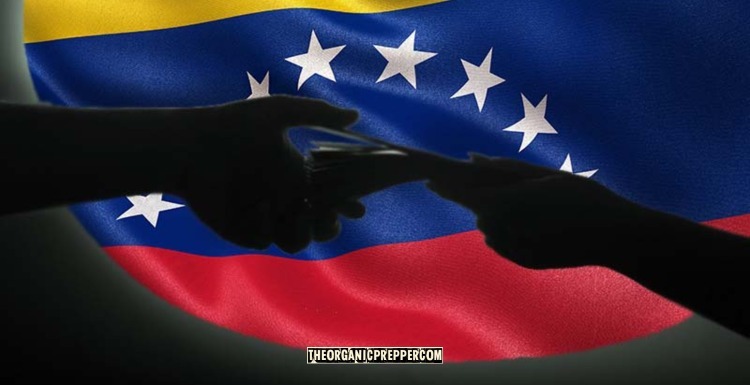 How is it possible to survive a nation with inflation rates of 20%/month and 1700%/year? The answer? The underground economy. This is the level of hyperinflation we have found ourselves with here in Venezuela, and considering the spread of inflation worldwide, it would be well worth the prepper’s time to glean what we can learn here.

Virtually everything you read dictates inflation on this scale necessitates civil war.

Yet Venezuela hasn’t seen this. Why not? Why are the streets not being taken by armed civilians?

While the main reason revolves around 20 years of disarmament and anti-self-defense teachings, I would argue that there is a second reason we haven’t delved into full on anarchy as well: our underground economy.

I’ve lived in four different and fallen South American countries, and it’s been the underground economy which has kept people going in each case.

When I used to work in the Venezuelan oil industry, our salary was taxed heavily just like everyone else’s. As expected, these taxes can quickly make it hard for a family to pay its bills.

I know guys with a hot dog cart who make much more money than engineers down here. And this isn’t new – our world has been like this for many years now. The guy working with the hot dog cart doesn’t pay taxes. He doesn’t pay rent. And usually, (and this is a now an “accepted” practice) these street vendors will run a wire from some nearby pole for their music and lights.

This man is a member of the underground economy. And he is just one of many.

Our stated hot dog vendor is not an isolated case either. He is part of what is keeping this country alive. In all probability, it is the men of this underground economy who likely comprise over half of our GDP here in Venezuela.

More than half of the money generated here is a result of men such as our hot dog vendor. Of course, much of this money also comes from the cartel and Russian mafia, but the point remains: it is the underground economy which is keeping the people of Venezuela (somewhat) fed.

One thing is for sure. The larger and more bloated the government control is, the greater the underground activity. “Irregular” business is the answer to these controls. It’s simply to be expected – especially in Latin American countries.

I believe I don’t need to explain why.

The government has seized the right to own foreign currency, trapping you in your hyper-inflated national fiat currency? A booming forex black market will spring up, regardless of how hard one attempts to stamp it out.

Store shelves are empty? Well, I know a guy who knows a guy that can get you a 20 kilo pack of cornmeal flour for a bit of arepas (a Venezuelan bread). (You should also check out our FREE Quickstart Guide to help you figure out how to keep a properly stocked larder to help your family ride out troubled times…)

Corruption and trafficking of certain items was already a way of life here. These statist thugs just came into the equation to incorporate it further as a part of our lifestyle. How else do you explain that a simple Venezuelan pilot of a former State President can buy himself a 200 million dollar yatch? Unless this guy works for pleasure and his surname is Onassis, I find that highly suspicious.

Need further proof? The rumor in Caracas is that Ferraris, Lamborghinis and other luxury cars are being brought in for the corrupt elite. And all paid for by our tax dollars.

You can still prepare for this though.

Yes, rampant corruption and government overreach is bad, but it doesn’t have to hit your family as hard as it could if you’ve made some preparations beforehand.

For Venezuelan preppers, getting rid of these insane controls actually worked. It kept us alive.

I sold the inflated money I earned and then bought food, and everything else we needed in the black market. It was the only way we could make it.

But one thing I’ve realized is that there are some underground services which are more profitable than others (outside of the truly criminal). For the prepper considering how he is to survive an underground economy during an economic crisis, one may want to consider the following list of occupations I’ve seen perform well here in Venezuela…

One of the most attractive business you can develop in an underground economy is fumigation. Sure, you need a machine and chemicals, and unless you really know what you’re doing, you can face problems, but this is something most don’t like to mess with. The end result? A lot of potential.

Local regulations do impact some of the people down here with this job, however.

I’m astonished about how extensive this income source is for families all throughout Venezuela. Yes, I do know we Venezuelans love hot dogs, hamburgers, shawarmas, and the like, but it’s simply ridiculous to see the excessive amount of fast food businesses flourishing near my home.

I can’t figure it out, and neither can anyone else.

The best I can figure is this: people like to eat.

In the Venezuelan underground economy, almost every business related to food is going to put food on your table as well. Honestly, these people do so well (such as our previously mentioned hot dog man) that I’m to get my own deep fryer to delve into the market on fried chicken.

It doesn’t matter the machine here. If you’re skilled enough to repair it, congrats. You’ve the makings of an incredible underground business. I’ve written about this extensively in the past, but whether it’s HVAC, small engines, cars, sewing machines, farm equipment, or anything else, you will never be short on business in an underground economy.

A prepper should seriously consider becoming knowledgeable in at least some aspect of machine repairs.

Every single house owner will sooner or later need to repair something that is outside of their range of experience. I’ve found here that if your fees are reasonable, you work fast, you do good work, and you arrive on time (a rare combination for a contractor, I know), you will get multiple jobs from the same customer.

I’ve also discovered that the suburbs seem to have more money in their pockets than do many of the other neighborhoods in Venezuela. If you’re going to delve into the world of underground house repairs, that may be a profitable market to dive into.

When the normal economy dies, the underground economy thrives.

The Venezuelan people have been through a lot. Hyperinflation, famine, rampant corruption and crime – we’re not new to any of it. Yet despite all this, people still had to find a way to keep bread on the table and in their family’s tummies. And the underground economy was the way we did it.

But what are your thoughts on the situation? Are there other aspects of an underground economy to discuss? Other jobs you think would do well? Let me know in the comments below!

Thanks for reading! Jose 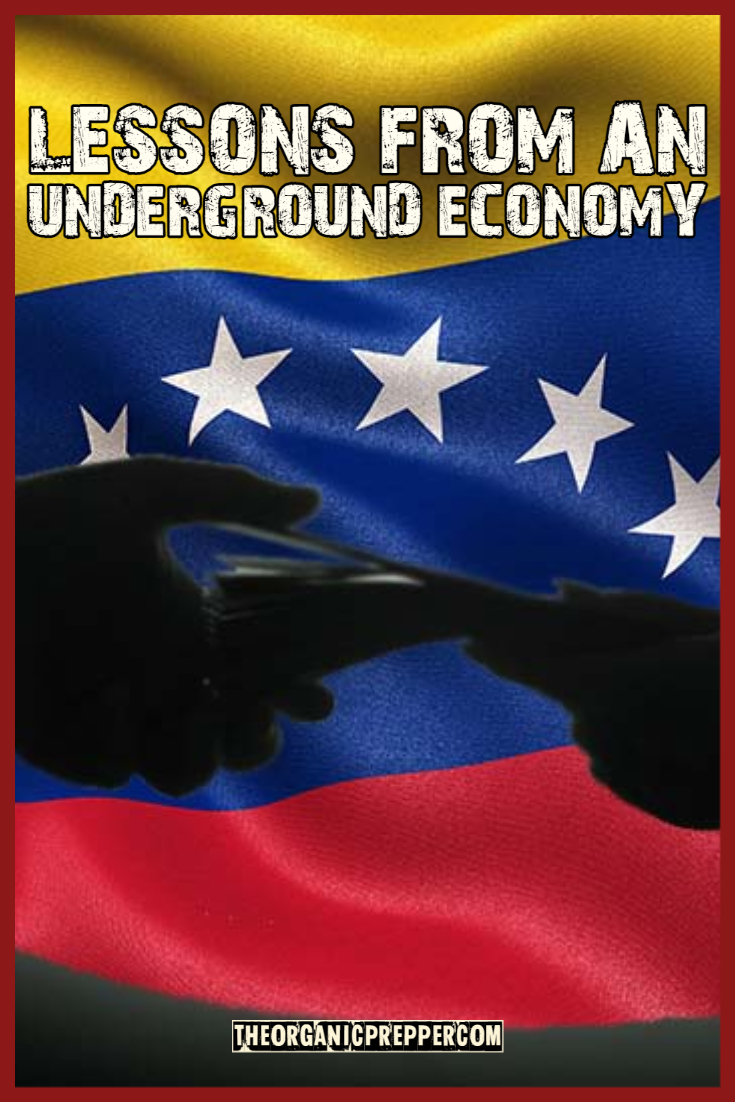