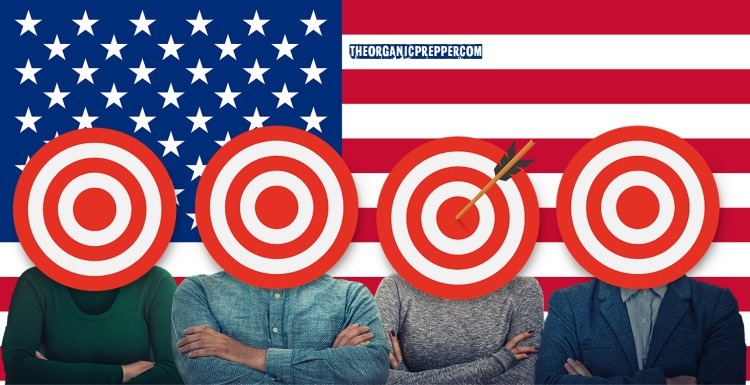 Recently, the Biden Administration announced the establishment of what is essentially a pre-crime surveillance program. This program comes as no surprise to those of us with any concern for our civil rights as we saw this coming a thousand miles away.

Of course, the program will combat “violent domestic extremism” and “violent white supremacy.” (Because all those years of blaming Muslims was just to get silly white people to give up their rights so the surveillance and police state could be turned back on them.)

Who is running this pre-crime surveillance program?

The new office of pre-crime is called the Center for Prevention Programs and Partnerships. (CP3) is run by the Department of Homeland Security. However, John W. Whitehead has pointed out the DHS is “notorious for:

CP3 has promised to combat certain types of violence in a way “consistent with privacy protections, civil rights, civil liberties, and other applicable laws.”

No one actually takes that claim seriously since there are very few privacy protections, civil liberties, or applicable laws anymore. If there were, the DHS would not consistently follow them.

CP3 will replace the Office for Targeted Violence and Terrorism Prevention while ensuring DHS’s efforts are grounded in an approach to violence prevention that leverages behavioral threat assessment and management tools and addresses early-risk factors that can lead to radicalization to violence.

And here you thought when Joe said “violence prevention programs,” he meant afterschool programs or, you know, jobs. Nope. He means totalitarian surveillance programs powered by the fires consuming the Fourth Amendment and the rest of the Bill of Rights.

DHS has also announced a new, dedicated domestic terrorism branch with the Department’s Office of Intelligence and Analysis (I&A). This branch will: “ensure DHS develops the expertise necessary to produce the sound, timely intelligence needed to combat threats posed by domestic terrorism and targeted violence.”

This new branch fits wells with the proposed Domestic Terrorism Prevention Act of 2021. The DTPA bill is essentially the criminalization of speech, expression, and thought. It takes cancel culture a step further and all but outlaws unpopular opinions. This act will empower intelligence, law enforcement, and even military wings of the American ruling class to crack down on individuals adhering to certain belief systems and ideologies.

Welcome to 1984, a Brave New World, filled with fake people

In the blink of an eye, ordinary Americans will find themselves labeled domestic extremists for engaging in lawful behavior that triggers the government’s pre-crime sensors.

Of course, it’s an elaborate setup: we’ll all be targets.

In such a suspect society, the burden of proof is reversed so that guilt is assumed and innocence must be proven.

It’s the American police state’s take on the dystopian terrors foreshadowed by George Orwell, Aldous Huxley, and Phillip K. Dick, all rolled up into one oppressive pre-crime and pre-thought crime package.

What’s more, the technocrats who run the surveillance state don’t even have to break a sweat while monitoring what you say, what you read, what you write, where you go, how much you spend, whom you support, and with whom you communicate.

Computers now do the tedious work of trolling social media, the internet, text messages, and phone calls. All potentially anti-government remarks are carefully recorded, documented, and stored to use against you. When? Someday at a time and place of the government’s choosing.

I highly encourage you to access and read Whitehead’s article, “We’ll All Be Targeted Under The US Government’s New Precrime Program.”

Take a look at some of the actions that ALREADY get you targeted:

Simply being alive makes us all targets

You don’t have to be a criminal, dissident, or activist to be surveilled and arrested (and possibly tortured) in the modern police state.

All you have to do is exist.