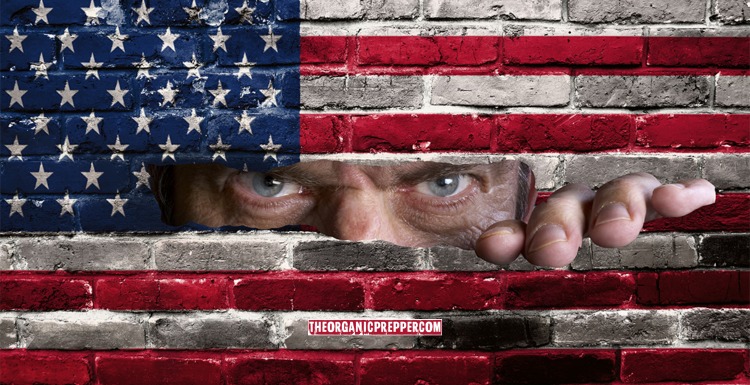 In 2021, there is no denying that the United States is a full-on surveillance state. The Biden Administration attempts to remove all pretense of privacy with its new consideration to use outside firms to track “extremist” chatter by American citizens online. But what exactly is an “extremist?” According to Tulsi Gabbard, recent efforts essentially criminalize half the country:

She continued: “When you have people like former CIA Director John Brennan openly talking about how he’s spoken with or heard from appointees and nominees in the Biden administration who are already starting to look across our country for these types of movements similar to the insurgencies they’ve seen overseas, that in his words, he says make up this unholy alliance of religious extremists, racists, bigots, he lists a few others and at the end, even libertarians.” (source)

(So basically, if you’re reading this website, you’re probably an “extremist” in someone’s point of view.)

New efforts to spy on Americans

Their effort would expand the ability of intelligence agencies to gather information (spy) on American citizens.

Currently, the Department of Homeland Security (DHS) is limited on how it can monitor citizens online. For example, it is banned from assuming false identities to gain access to private messaging apps used by citizens without justification.

Instead, according to the law (but not necessarily in practice), federal agencies can only browse through unprotected information on social media sites. A source familiar with Biden’s effort said it is not about decrypting data. Instead, it is about using outside entities to access these private groups legally to gather large amounts of information that would help DHS identify “key narratives as they emerge.”

Note: Some of these outside entities are used by what the administration considers “extremists.” (Such as the Oath Keepers and Proud Boys.)

According to multiple sources cited by CNN, the plan would allow the DHS to make an end-run around those limits. In response to CNN, DHS said it “is not partnering with private firms to surveil suspected domestic terrorists online” and “it is blatantly false” to suggest that it would do so.

“All of our work to address the threat of domestic terrorism is done consistent with the Constitution and other applicable law, and in close coordination with our privacy and civil liberties experts,” the DHS statement added.

But the department has considered partnering with research firms that have more visibility and reach in this area. However, it has not done so yet, according to the sources. And do recall that they recently wanted to outlaw encrypted apps.

Suppose that does happen (and we have every reason to suspect it already has). In that case, DHS could produce information that would be helpful to it and the FBI, CIA, and NSA in its ability to spy on American citizens not committing any crimes.

“Narratives” that might lead to violence justify domestic spying?

CNN unintentionally explains the reason for the Biden Admin’s new focus on these messaging platforms when it writes:

Much of the planning for the Capitol Hill riot appeared out in the open on social media platforms and encrypted apps available to anyone with an internet connection. The DHS is trying to get a better sense of “narratives” that might lead to violence as they emerge across those channels, according to two DHS officials.

But tracking those narratives, particularly in the wake of January 6, increasingly requires access to private groups on encrypted apps as extremist groups migrate from more forward-facing sites like Facebook.

By the time narratives appear on Facebook, it is usually too late, one DHS official told CNN.

“Domestic violent extremists are adaptive and innovative. We see them not only moving to encrypted platforms but obviously couching their language so they don’t trigger any kind of red flag on any platforms,” the official added.

Outsourcing some information gathering to outside firms would give DHS the benefit of tactics that it isn’t legally able to do in-house, such as using false personas to gain access to private groups used by suspected extremists, sources say. Of course, China is already spying on millions of Americans.

Isn’t domestic spying a violation of our Constitutional Rights?

The department is also working on expanding its ability to collect information from public-facing social media sites where users’ posts offered clear warning signs about potential violence ahead of the January 6 attack, but were either ignored or underestimated by security officials prior to that date.

But any effort by the intelligence community to wade into the murky area of domestic spying is fraught with political risks, current and former officials say.

Gathering information on US citizens — no matter how abhorrent their beliefs — raises instant constitutional and legal challenges. Civil liberties advocates and privacy hawks have long criticized any efforts to collect even publicly available information on Americans in bulk as a violation of Americans’ First and Fourth Amendment rights.

Notice what is being considered “extreme” by the administration and DHS. It is not BLM or Antifa who have been tearing apart and burning American cities to the ground but right-leaning and even “Constitutionalist” groups targeted.

In the hands of the radical left, the US government is moving once again against one side in the American culture war, empowering the opposing side. (The same side that terrorized innocent Americans.)

For those on the left who support the crackdown on the right-wing and what they see as white supremacy, they need only wait until they have outlived their usefulness. Or until a right-wing administration takes over. When one gets purged it leads the way for others to be purged. Then they will come to realize why government overreach is a danger to everyone and not a force to be wielded lightly.

How much more intense do you expect the spying to become?

Do you think we’re just at the tip of the iceberg for government surveillance? What do you think they’re doing that we don’t yet know about? Are you taking any steps to protect yourself from being spied upon? Let’s talk about it in the comments.