History is Being Rewritten. Are You Prepared? 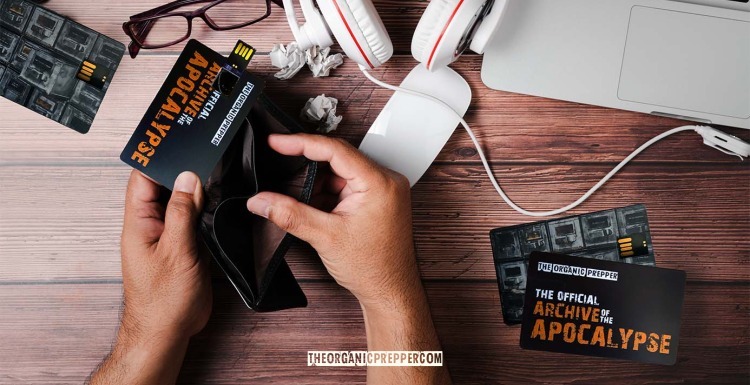 History is being rewritten, and the past two years are all the evidence we need of such.

Obama’s reign proved to be a catalyst for the destruction of America, and we are now seeing the fruits of his efforts. Our republic is no more. We no longer live in the land of the free. And a part of living in a slave state means that the right to free speech has disappeared.

For years now, we’ve witnessed the deplatforming of individuals who have fought against the globalists/communists.

In 2018 we had US Senators saying that the only way “to protect our democracy” was censorship. (When your politicians start calling your republic a democracy, you have a problem.) We’ve covered the global book burning of “alternative” – aka, true – news here before.

We watched the freedom lovers of the world flock to Parler as their own social media posts on other platforms had been banned. And then Parler was destroyed.

“But these were all private companies!” people cried.

Let us not forget we’ve had the White House flagging posts for Facebook to censor. Strange behavior for a private company, is it not?

How much further of a logical step is it to say, “No, these people shouldn’t be allowed to say anything online at all.”

We’ve seen a bit of this at play here at The Organic Prepper already, when we had our ad revenue destroyed by the Global Disinformation Index – an organization based in the United Kingdom which receives funds from government sources.

We’ve discussed here before how virtually every country on earth – even the United States – has an internet kill switch, which they can activate at any time to shut down voices of dissent. You can say, “But I’ll just use my ham radio!” but even that’s not safe, as we’ve seen evidence of jamming of such in Cuba.

The point is this: history is being rewritten as truth is being silenced.

Globalists are attempting to silence us, and there are numerous reasons you should be concerned.

It was because of this threat that The Organic Prepper decided to put all of our content onto a USB drive available for purchase.

We’ve catalogued historical events extensively here at The Organic Prepper ever since our inception. When something happened of note to American freedom, we kept record of it.

For those familiar with the novel 1984 (which has seen a huge spike in sales this year, by the way. Funny timing, huh?), the concept of a totalitarian government going back through historical records to “fix” them is nothing new. In fact, we’ve seen this before in real life. One only need to take a cursory glance at any book on the Soviet Union to see this at play.

Personally, I’ve witnessed several interesting articles of the past two years go the way of the 404 error message when I attempted to return to them for research purposes.

Twenty years from now, as the fragments of the US squabble amongst themselves, if you want your children to know the truth, an accurate record of what has happened will help. Our USB archive can help you to do just that.

Prepping is being demonized.

Consider as well that Facebook is now giving out warnings in case you know of somebody who is “becoming too prepared” in reference to preppers.

Prepping is being demonized, and those who prep are apparently being watched.

This should come as no surprise.

Preppers, by nature, remain independent. They don’t have to depend upon government handouts for food, electricity, water, and the like. And as such, they retain their freedom.

Consider that it is this freedom that is under attack. Totalitarians crave power, and the way to get that power is to destroy your freedom. If you are free, then that tyrant has less ability to force you to bend to his will. Thus, preppers are the enemy.

With that being said, prepping information could easily disappear from the internet at some point as well. Perhaps this may seem far-fetched, but let us not let normalcy bias cloud our vision. Consider that in 2019 if you had described the world of today nobody would have believed you. People then would consider today’s world too far-fetched.

Read the warning signs, and tell me, what do you see?

Having ready access offline to vital prepping information can not only help you to keep yourself well-stocked with prepper information but can better help you to gift that knowledge to your loved ones as well.

That all being said, check out our USB archive of The Organic Prepper. This is a fantastic way to not only keep an accurate historical record of what has transpired, but to keep yourself in stock of prepping advice for just about any facet of prepping you can think of.

The sale is rapidly drawing to a close. Get your USB archive now before the sale ends – save a hundred dollars – and put that remainder towards food.

You’re going to need it.

(Check out our FREE Quickstart Guide on building your larder. It will help.) 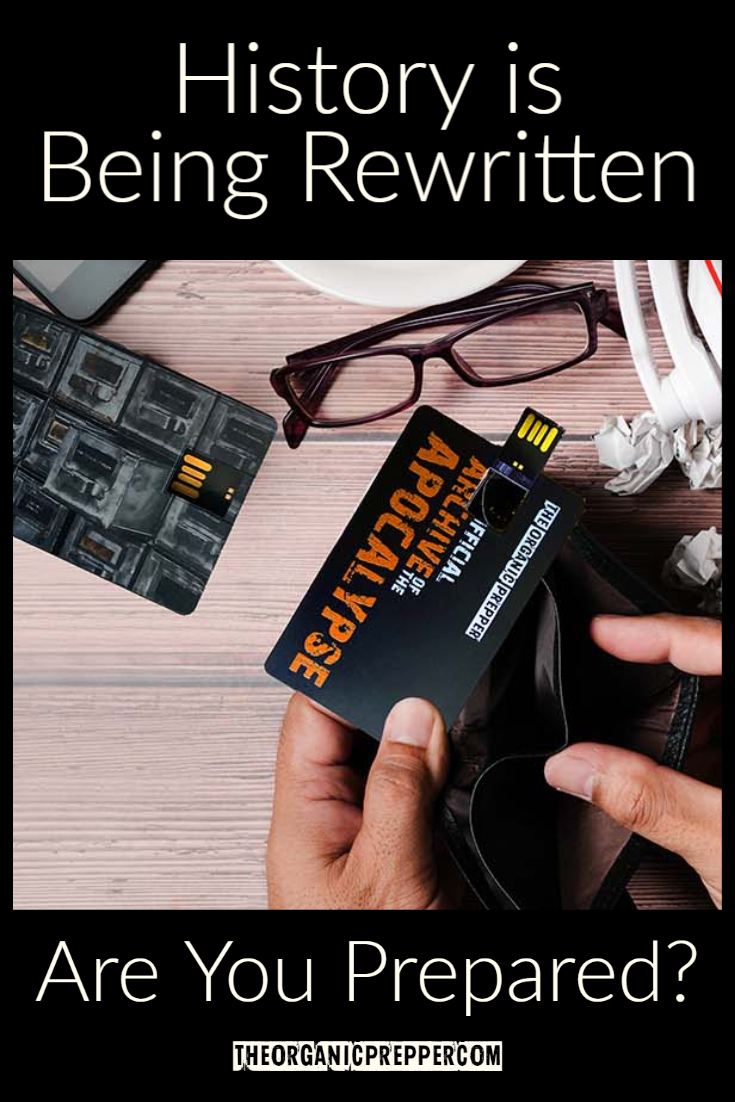