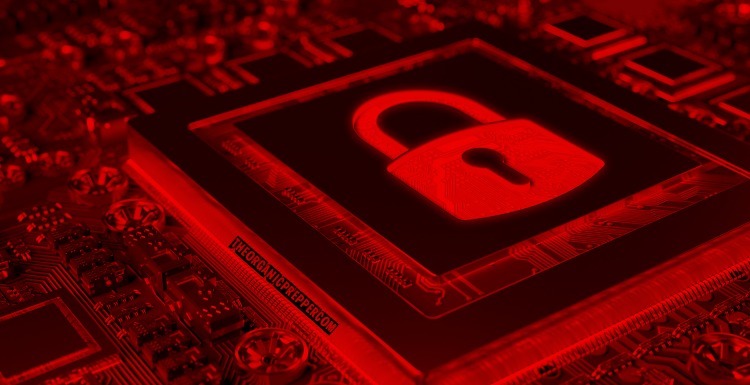 What do you suppose would happen if the President of the United States deemed it necessary, for “national security,” to flip the Internet Kill Switch? In these digital times, there should be great concern over something like this. However, normalcy bias seems to have a firm hold on a majority of the citizens of the US, and many are clinging to the “it can’t happen here” theory.

The United States has yet to employ this particular tool. However, according to data gathered to examine the financial impact of internet shutdowns, since 2019, there have been 237 major internet shutdowns in 45 countries. [source]

What is an internet kill switch?

An internet kill switch is a device/software/configuration that allows one to shut down all internet access within a region or country indefinitely. If activated, the kill switch would prevent everyone from checking social media, shopping online, using online messenger services, sending emails, or anything else involving an internet connection.

In many cases, this may also include any form of phone contact (it varies).

Which countries have already used the internet kill switch?

Hackers have the ability to down the entire internet system, as we have seen with op article and op article. However, governments around the globe have also resorted to shutdowns, claiming it to be necessary for public safety. For example, India (a democratic nation) was the global leader in shutdowns in 2019, with over 150 in 3 years. [source]

See if you spot the recurring theme among the following shutdowns:

Back in 2009, riots broke out in Xinjiang. The communists responded by shutting down the internet to the region for an entire year. [source]

Amid protests, Egypt’s President Hosni Mubarak cut off nearly all internet access and shut down all cell phone services. The shutdown lasted for five days. [source]

November 16, 2019, Iran authorities flipped the switch, plunging citizens into digital darkness for nearly 11 days. According to an Amnesty International press release, the deliberate shutdown was an attempt to hide the horrendous killings across the country.

In 2019, President Mnangagwa announced a fuel price increase. Protests against the increase caused Mnangagwa to shut down the internet. Critics called the shutdown “an attempt to hide growing reports of a violent crackdown on protests.” [source]

Protests? We can fix that with an internet shutdown. [source]

Election day, 2021, warranted shutting down many social media platforms and some messaging apps. Although the Zambian government denied the reports Secretary, Amos Malupenga mentioned there would be no hesitation to take appropriate measures. [source]

Colombia’s government used this innovative means of stopping protests here in May 2021 – an internet shut down. [source]

The Republic of the Congo

Another election day shutdown in 2021. This time in The Republic of the Congo. [source]

I think mentioning the word ‘elections’ regarding Russia is enough to make anybody laugh. Have a pesky election-tracking app you need shut down? A partial internet shutdown can do the trick. [source]

Ethiopia’s government shut down the internet 12 times before blacking out the country for nearly 16 days in 2020. Reports said this was an attempt to muzzle activists demanding justice for the killing of a beloved musician. [source]

Does the United States have an internet kill switch?

Under an entirely unconstitutional 1930s law on the books: 47 USC 606: War Powers of President; Chapter 5, Subchapter VI, the President has the authority to wield that mighty weapon.

Upon proclamation by the President that there exists war or a threat of war, or a state of public peril or disaster or other national emergency, or in order to preserve the neutrality of the United States, the President, if he deems it necessary in the interest of national security or defense, may suspend or amend, for such time as he may see fit, the rules and regulations applicable to any or all stations or devices capable of emitting electromagnetic radiations within the jurisdiction of the United States as prescribed by the Commission, and may cause the closing of any station for radio communication, or any device capable of emitting electromagnetic radiations between 10 kilocycles and 100,000 megacycles, which is suitable for use as a navigational aid beyond five miles, and the removal therefrom of its apparatus and equipment, or he may authorize the use or control of any such station or device and/or its apparatus and equipment, by any department of the Government under such regulations as he may prescribe upon just compensation to the owners.

Perhaps you think this only applies to radios. It couldn’t possibly apply to your laptop or phone, right?

Don’t forget your devices use radio waves to receive their internet access. In addition, your devices can access Google Maps, which would qualify your computer as a navigational aid.

What’s stopping the US Government from labeling EVERYTHING a national emergency?

“The natural progress of things is for liberty to yield and government to gain ground.” – Thomas Jefferson

If you consider that America now believes racism is a “public health emergency,” government authorities could very likely deem a public health crisis as “public peril, disaster or other national emergency.” Oh no! The government must shut down the internet! [source]

Emergencies’ have always been the pretext on which the safeguards of individual liberty have been eroded — and once they are suspended it is not difficult for anyone who has assumed such emergency powers to see to it that the emergency persists.” – FA Hayek [source]

This bill also gives armed men the notion they can take your equipment. And should you say no? Well, you can read the penalties section HERE. And also, before deciding you’re going down in a blaze of glory, check out Selco’s prediction of how that will work out for you.

What do you think would happen in the US if the switch got flipped?

While the first thing that comes to mind is communications, there are many more ramifications, particularly if it went on for a longer period of time.

Many people use “paperless billing” and pay for everything online. We use online banking for all sorts of purposes. ATMs are connected to the internet. Many businesses rely on an internet connection for daily operations. Daisy said on the topic, “When I worked for a car dealership, we had to have internet access to program all those computer modules controlling your vehicle, to look up malfunction codes, and to determine whether or not a repair was covered by warranty.” And that’s just one example of a business that uses the internet constantly. There are many, many more.

A whole lot more than social media and email would immediately grind to a halt.

Last year in 2020, Rep. Tulsi Gabbard introduced the Unplug the Internet Kill Switch Act of 2020 to Congress. H.R.8336 would have directly attacked 47 USC 606, making it not pertain to internet usage. While Congress did not refuse the bill, they left it to sit with no further actions. [source]

In 2016, we experienced something similar when the Supreme Court denied hearing a petition to release information on the ‘secret’ DHS internet kill switch protocol. [source] Because we need an internet kill switch, of course. THAT is an issue of national security.

“Necessity is the plea for every infringement of human freedom. It is the argument of tyrants; it is the creed of slaves.” – William Pitt

This website published an article about the possibility of a comms blackout and how to prepare for it back in January. Check it out for some useful and viable communications options. Also, don’t forget the importance of ham radio, although you should know that it’s not completely immune to governmental interference.

What are your thoughts on the internet kill switch? Do you think the US would use it? Do you think there are countries not listed here that have a kill switch they don’t admit to? Would you be prepared to handle full-on digital darkness? Do you have a backup communications plan? Let’s talk in the comments section.