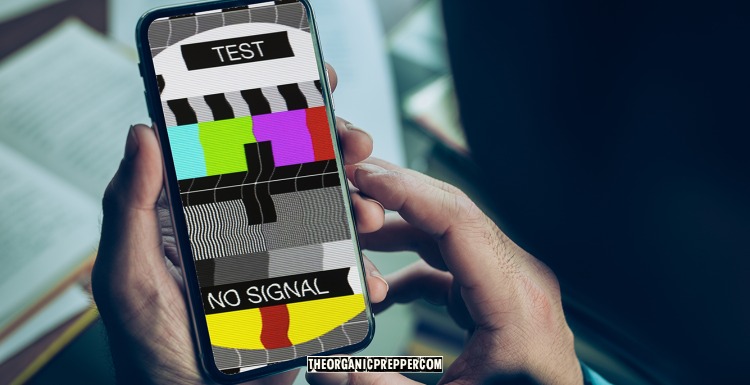 Author of Zombie Choices and The Faithful Prepper

On July 11, Cuban citizens rallied in the streets to protest food and medicine shortages and electricity outages. The demonstration was one of the biggest since the days of Castro. Cuba is going through its worst economic crisis in decades, along with a resurgence of coronavirus cases. Cuban officials blame the decades-long embargo with the United States for the collapsing economy.

The internet, basically unavailable until 2008, has only been widely available in Cuba Since July 2019, when the Cuban government began lifting restrictions on internet access. Since that time, Cuba has slowly entered the digital world, with mobile access to the internet becoming available in December 2018.

As Cuba’s citizens protested, many of them pulled out their cellphones to post videos and images across social media platforms. The Cuban government began immediately blocking access to those platforms. This is reminiscent of Arab Spring, when the governments of Egypt, Libya, and Syria completely shut down the internet to quell the protests. Other governments in the Arab world were rumored to have arrested and even executed people for things they posted on the internet. (source)

Reports state the Cuban government partially blames the U.S. for the street protests saying it used social media tools such as Twitter to help organize.

Norges Rodríguez: Right now, there are no protests…there is a lot of repression. There are people who are missing, and their families don’t know anything about them…[source]

Amnesty International and Human Rights Watch (HRW) say the majority of those arrested are incommunicado, and the location of some is still unknown. [source]

The internet is not the only thing down in Cuba

Due to the internet outages, likely done to block the flow of information from Cuba, some citizens have turned to what many preppers see as their fallback, ham radio. They’ve been using the 40m ham band to communicate with family members in Florida.

Now, mysteriously, nearly all of the 40m band is jammed.

Nass uses a KiwiSDR and a series of software-defined radios throughout North and South America to triangulate the jamming position within the video. As expected, it appears as if the jamming signal is originating somewhere within the region of Cuba. In his video, Nass shows the jamming signals will move to better focus on any signal coming out of Cuba.

N.C. Scout of AP asks all properly licensed American ham operators to get on the 40m band between 7.205 and 7.295. Scout directs operators to use AM phone mode to contact other ham radio operators within this operation. When an American operator makes contact with another within that part of the radio spectrum, operators will begin a ragchew. (Ham operator code for conversation.) In these conversations, the operators speak about current events in Cuba, where protests are happening, and other relevant Cuban news.

According to N.C. Scout, this is a legal means to bypass the FCC’s restrictions on a licensed amateur ham from generating one-way conversation, news media style broadcasts. As many Cubans now fear a government backlash, this plan seems to be a way to allow Cubans with low-tech AM receivers to tune in for updates on their current political situation.

Could communications shutdowns like this happen in the United States?

Of course, you can expect this type of draconian response from an authoritarian regime. As FA Hayek pointed out repeatedly in his fabulous book The Road to Serfdom, collectivist regimes cannot tolerate any form of dissidence whatsoever.

But, what about here, in the United States? The possibility of a communications blackout was a concern just this year, before Inauguration Day.

America has seen a massive erosion of Second Amendment rights for decades now. Freedom of speech – an issue that hits close to home – has ramped up over the past year. Virtually any American voice out there that questions the mainstream media, government-approved talking points is silenced.

It wasn’t that long ago that Zero Hedge, one of the biggest alternative news sites on the internet, got demonetized by Google. Even more recently, The Organic Prepper was labeled a disinformation site, causing us to be defunded. We have seen social media networks joining the so-called fight against misinformation. The virtual book-burning of alternative news sites has been ongoing for a few years and accelerating at a terrifying speed. Alternative points of view are rapidly wiped off the internet as social media purges them for the sin of dissent.

What is the future of communications for the United States?

It wasn’t long ago that California decided privately-owned ham radio repeaters on public land throughout the state needed to be removed. Authorities stating owners of repeaters who failed to do so would be subject to hefty fines.

The number of ham radio operators exploded over the past year and a half as people became more preparedness-minded. I’ve noticed some of these hams are using their knowledge to start a local news-sharing network within my community. All members are pro-freedom Americans who set up shop for an hour or so to discuss the collectivist policies by local politicians.

We’ve seen virtually every other means of communications wholly shut down for those who love America. About all we have left is an ever-smaller growing slice of the internet and ham radio. Check out this article about emergency communications planning and get prepared. At the rate we’re being silenced, it seems only a matter of time.

How long will it be before it all gets shut down in the United States?

Do you think such a blackout could ever happen here? What about a clampdown on ham radio? Why or why not? Share your thoughts in the comments.