Is a Ukrainian War Inevitable? 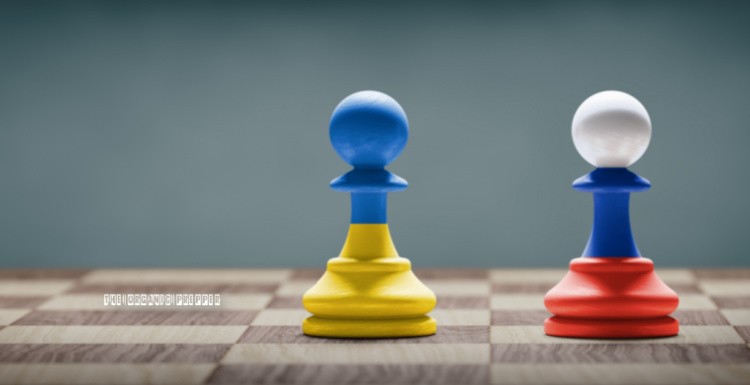 It now seems as if a Ukrainian war is inevitable.

To start, we’ve witnessed Russian troop buildups near the Ukrainian border now for quite some time. And not just a handful of soldiers practicing maneuvers. We’ve witnessed massive amounts of troops being shipped into the area. (You can see an excellent account of such here.)

Russia has mobilized its forces, and though they may openly proclaim that they are only doing “military exercises” only the naïve will fall prey to such a claim.

According to the analysts over at Forward Observer, “Electronic warfare trucks, loudspeaker vehicles, bridging assets, and suspected Iskander-M missiles and launchers arrived within the past 48 hours.”

Ballistic missiles are being brought into the area as well.

For those unaware, Iskander-M missiles are an extended range ballistic missile with a range of roughly 250 miles that is capable of bypassing enemy anti-air defenses.

They are nuclear-capable missiles, and just last month Belarusian president Lukashenko requested these missiles specifically to protect against NATO aggression in the region.

Russia possesses six amphibious landing ships. They’ve all left the Baltic Sea. We don’t know where exactly they’re headed for, but it’s assumed they’ll be brought into the Black Sea for operations against Ukraine.

(It’s probably a really good idea to check out our free QUICKSTART Guide on the different levels of disasters.)

On January 13, 2022, a “massive cyberattack” was directed against Ukrainian government websites. The Diaa portal, which provides Ukrainian citizens access to around 50 different government-run websites, was one of the areas hit. When users attempted to pull up one of those sites, they were met with a message from the hackers instead.

It stated, “Ukrainians!…all your information has become public, be afraid and expect the worst. This is for your past, present, and future.”

The message also said that all of their information would be destroyed and rendered forever inaccessible. Ukrainian officials performed a preliminary investigation, after which they announced no personal data had actually been leaked.

The United Kingdom is flying in weaponry to Ukraine.

United Kingdom Foreign Office officials have been told to be ready to be redeployed to work on Russia-Ukraine policy on a moment’s notice. In turn, Russian consulates throughout Ukraine have ordered staff and their families to return to Russia.

This comes roughly about the same time as English C-17’s have been flying anti-tank weaponry and small arms into Ukraine. Of note, the flight paths of these airships has skirted around German airspace, rather than taking the direct route over Germany. This seems to indicate that Germany does not condone this UK behavior. (German/Russian alliance?)

Members of the US Department of Defense have stated, “Russia has deployed a ‘group of operatives’ into Ukraine to foment a pretext for” an invasion.

In turn, it’s been stated that British-trained Ukrainian commandos are being used to do the same – preparing a false flag in the Donbass region against the Russians as a pretext for a first strike.

Are you on board with this?

The American MSM seems intent on throwing American blood into the problem as well. During Biden’s 1/19/22 press conference, he seemed to have stated that Putin “had no choice” but to attack Ukraine as Putin had been “boxed in” with no other options.

Then, Biden said that in the event of a Russia-Ukraine conflict (author’s note: this would quickly become an American conflict as well), Putin would win. Whether this is due to his other suggestion that Russia could get away with a “minor incursion” is unclear.

As Biden said, “The cost of going into Ukraine in terms of physical loss of life for the Russians – they’ll be able to prevail over time, but it’s going to be heavy.”

Even Jen Psaki has stated similar, saying, “We believe we’re now at a stage where Russia could at any point launch an attack on Ukraine.”

Would a Ukraine-Russia war be safe for Americans on American soil?

Who is the primary backer of NATO? The American taxpayer. It is your money which is funding this organization. You and your family foot the majority of the bill. This is true for virtually ever foreign treaty America becomes entangled with as Europeans ride the coattails of the American dollar.

And Putin recognizes this. Russia knows that Ukraine is not the one pulling the strings here. He looks at it as if the bald eagle is the problem. And we’ve long known this is how NATO expansion would appear to Russia. As George Kennan, the man responsible for much of American Cold War policy towards Russia warned, if you’re looking for one thing that could lead to an American-Russian war, it’s NATO expansion.

Kennan said, “expanding NATO would be the most fateful error of American policy in the entire post-Cold War era. Such a decision may be expected to inflame the nationalistic, anti-Western and militaristic tendencies in Russian opinion…”

Because Russia views NATO as an extension of America.

Russian policy researcher Clint Ehrlich recently said that America is “sleepwalking towards conflict,” going on to say, “the reality is you and I are in danger of US conflict…the people that we love are in danger,” as he noted that the threat of war reaching American soil is not out of the question.

What is to happen next? Are you prepared regardless? Only time will tell.

(Random: have you read this book?)