The Florida Water Supply Hack Demonstrates Our Vulnerability to Cyberattacks 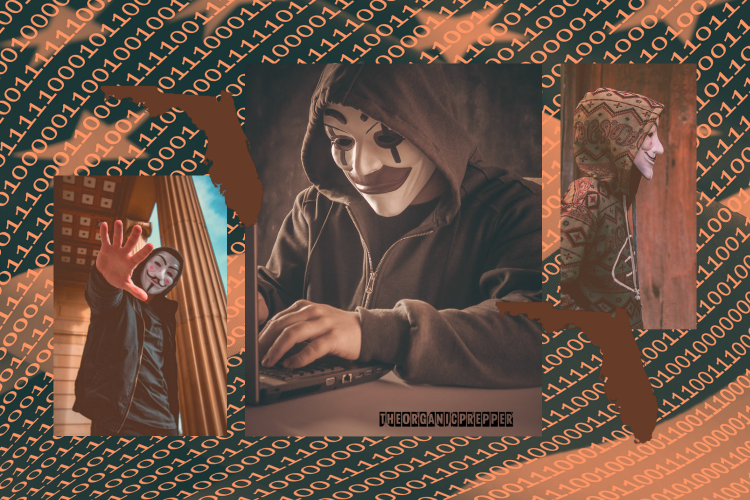 A seemingly innocuous story coming out of Oldsmar, Florida may have greater implications for the rest of the country and a potential preview of a coming SHFT scenario. This is because a hacker was able to successfully alter the levels of chemicals in Oldsmar’s water supply to “potentially damaging” levels.

While nobody got hurt and authorities assure us that there was no danger to customers, this event clearly demonstrates exactly how vulnerable our infrastructure is to a cyberattack. This event comes on the heels of a massive cyberattack last December for which a culprit was never identified.

A hacker increased an ingredient in drain cleaner to dangerous levels.

Pinellas County Sheriff Bob Gualteri said that a plant operator at Oldsmar’s water treatment facility first noticed that someone had remotely accessed the computer system he was monitoring. Those computers allow for remote access to selected people so that maintenance and troubleshooting can take place remotely. This is why the operator didn’t think much about the incident at first.

But it happened again that afternoon and the operator could then see the mouse moving on the screen opening different functions that controlled the treatment of the water in the system.

“This is obviously a significant and potentially dangerous increase,” Gualtieri said. “Sodium hydroxide is the main ingredient in liquid drain cleaners. It’s also used to control water acidity and remove metals from drinking water in the water treatment plants.”

Authorities say the public was never at risk.

“The public was never in danger,” Gualtieri said. “Even if the plant operator had not quickly reversed the increased amount of sodium hydroxide, it would’ve taken between 24 and 36 hours for that water to hit the water supply system.”

The Sheriff attempted to reassure the public by saying there are “redundancies in place” where the water would be checked before being released and consumed by the public.

Currently, law enforcement does not have a suspect but claims they do have a few leads.

Our infrastructure is incredibly vulnerable.

While the motivation behind the recent hacking of Oldsmar’s water supply may be unknown currently, it shines a light on the fact that America’s infrastructure is vulnerable to potential terror attacks, sabotage, or false flag operations.

According to a 2003 report from the US General Accounting Office, US water systems are at risk for disruption via human and malevolent means. As NTI reported,

A national panel of experts has warned that several components of U.S. drinking water systems are vulnerable to terrorist attacks, according to a U.S. General Accounting Office report released yesterday (see GSN, Aug. 4).

In its report, the GAO warned that U.S. drinking water systems could be the target of several types of terrorist attacks, including attacks using biological and chemical agents. To help water utilities better defend against acts of terrorism, Congress has allocated more than $100 million through fiscal 2004 to conduct vulnerability assessments and to develop security response plans.

A panel of 43 national experts convened by the GAO found that several “key physical assets” of drinking water systems were especially vulnerable to terrorist attacks. One of the components most cited by experts, the report says, was the distribution system — the network of pipes that carry water supplies from treatment plants and storage facilities to individual homes. The distribution system was seen as being especially exposed because of numerous accessibility points and because the addition of a biological, chemical or radiological agent could go undetected until it was too late because water at that point is close to being transferred to consumers, the report says.

In addition to distribution systems, experts also listed source water supplies and utility computer systems as also being susceptible to attack, the report says. It notes, however, that some experts said that source water supplies may be less vulnerable to acts of contamination because of the large amounts of water involved and because the water is treated before being transferred to consumers. Another water system component cited by some experts as a possible terrorist target is the treatment chemicals used at facilities, such as chloride, according to the report.

Although the water supply hacking event and the amount of water that would have been tainted would have been very small compared to that of the entire nation, the effects would still have been dramatic on the affected area as well as the surrounding areas.

It underlines the importance of testing your drinking water.

This hacking does, however, bring to mind the mysterious “sniper attacks” against California’s power grid and similar attacks that took place in Utah. Accidental chemical spills and algae bloom have also tainted water supplies over the years, not to mention the Flint, Michigan scandal.

Events like this underline the importance of testing your own drinking water regularly. (Here’s how.) For more information on water preparedness, check out this guide.

Few people outside the prepper and survival niches understand just how drastically their lives will change without the comforts of electricity or clean water that most take for granted, at least in this country.

It has been said before that the difference between civilization and chaos is the flip of a light switch. In 2021, that is still true, though it may be the push of a button.

What do you think about this event?

Do you believe this was an isolated incident? Or do you think it was something more insidious, like a test run for a larger and more serious attack? Will you make any changes to ensure that your personal water supply remains safe? Let’s talk about it in the comments.