Let’s Be Honest. Nobody REALLY Knows Who Is Behind the US Cyber Attack. 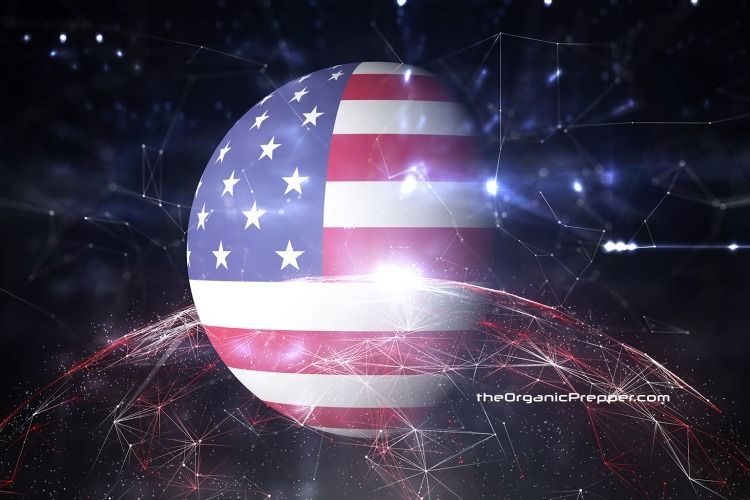 Amidst the reports of potential martial law, COVID hysteria, and arguments of stolen elections, there are accounts of an alleged “massive” hack attack against the U.S. government and major Fortune 500 companies.

While the details surrounding the hacking have yet to be released, it hasn’t stopped America’s judge, jury, and executioner – Mainstream Corporate Media – from declaring who the culprit is. Along with D.C. Swamp dwellers and Deep State stalwarts, MSM has reported the recent hacking as none other than Russia’s work.

I know. I know. Hold your surprise.

Predictably, the accusers have not offered a shred of evidence to prove or even back up their case against Russia. For his part, President Trump has denied that Russia had anything to do with the hack, downplaying the incident’s seriousness.

Instead, he makes a counterclaim that it was likely China who was behind the hacking. But Trump offered no evidence either.

A massive cyber breach allowed hackers to not only access but to spend months exploring several U.S. government and private companies’ systems around the globe. The hackers inserted malware into a software update from SolarWinds. (The company used by thousands of companies and federal agencies to monitor their computer networks.)

SolarWinds claims that nearly 18,000 of its customers in the private and public sector received the adulterated software between March and June of 2020.

The U.S. Cybersecurity and Infrastructure Security Agency stated the attack “poses a grave risk” to federal, state, and local governments and private companies and organizations. CISA noted that removing the malware would be “highly complex and challenging for organizations.” In other words, the full scale of the hacking is as of yet unknown.

At this time, the U.S. government agencies hacked include:

However, the DOE has reassured the public by stating the hack was isolated to business networks and not national security operations. In other words, the hackers were not able to access classified material, just unclassified items.

Also, other government agencies, consulting, telecom, and technology companies from North America, Asia, Middle East, and Europe, according to FireEye, were hacked. (FireEye is the security firm to sound the alarm over the incident.)

After studying the malware, FireEye said it believes the breaches were carefully targeted: “These compromises are not self-propagating; each of the attacks require meticulous planning and manual interaction.”

Microsoft, which is helping investigate the hack, says it identified 40 government agencies, companies and think tanks that have been infiltrated. While more than 30 victims are in the U.S., organizations were also hit in Canada, Mexico, Belgium, Spain, the United Kingdom, Israel and the United Arab Emirates.

“The attack unfortunately represents a broad and successful espionage-based assault on both the confidential information of the U.S. government and the tech tools used by firms to protect them,” Microsoft’s President Brad Smith wrote.

“While governments have spied on each other for centuries, the recent attackers used a technique that has put at risk the technology supply chain for the broader economy,” he added.

Let’s get one thing out of the way. We don’t know yet.

As I stated at the beginning of this article, neither side presents information to bolster their case. For the sake of analysis, however, all sides (and some that remain unmentioned) must be considered.

Predictably, Deep State operatives and D.C. Swamp dwellers along with the mainstream media began crowing that Russia was behind the alleged hacking. According to them, it was just another incident in a long line of incidents that can be traced back to either Donald Trump or Vladimir Putin, two individuals whom the limousine left views as essentially one person.

But none of these outlets or individuals have offered a bit of proof to back up their claims. It is hard to take any claims of “Russian aggression” seriously, considering the media, left, and Deep State spent two years using the “Russiagate” narrative to pressure and undercut the Trump administration (after nearly eight years of provoking Russia in Ukraine and Syria).

However, after a decade of provocation on its borders, attempted color revolutions, sanctions, and growing threats, it is logical that Russia would want to gather as much information as possible about American intentions.

However, the likelihood that the Russians would have risked such exposure of their intentions is out of character with its leadership. (Which has been keen to let the United States destroy itself at home and abroad, allowing Russia to swoop in and pick up the pieces.)

Trump has suggested China might be responsible for the hacking but has failed to show any proof. Of course, China has the motivation to hack American agencies and corporations as much as Russia and for many of the same reasons. Indeed, China has been more open than most countries about its spying operations.

But what about a third option? At this point in the game, we have to assume one possible culprit would be actors within the United States government. Those not necessarily loyal to the national interests who would benefit from staging a hacking event to be blamed on the target country. After all, skilled hackers (as these were) can mask their locations, appearing to be in entirely different countries.

It is possible that Russia or China (possibly Iran) may have been blamed for a hacking they never committed.

All three of these possibilities are plausible. At this point, we do not know who was responsible for the hack, and, even according to mainstream reports, we do not know the extent of the damage.

What we do know, however, is that no crisis will be left to waste.

This one will be no different.

Who do you think is behind the attack?

Do you believe that Russia is behind the cyberattack on the US? Or do you have other suspects? Share your theories in the comments.