How Many Times Are the “Facts” About COVID Going to Change? 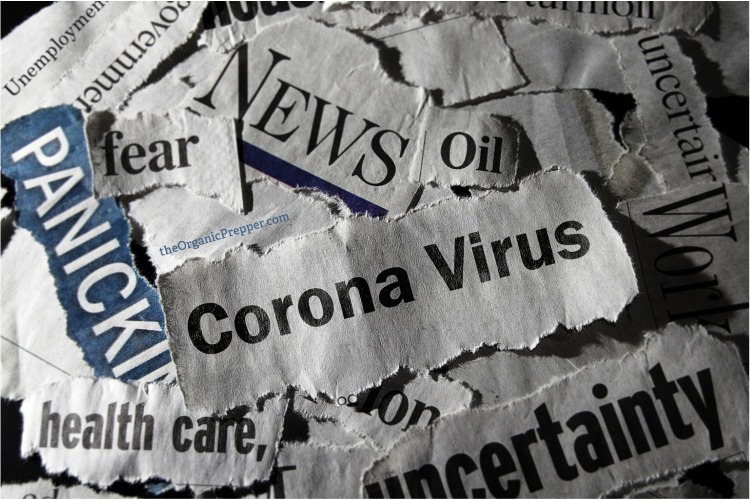 It’s important for me to learn what I can do to better take care of myself and my children. While advice from individual practitioners varied somewhat, there was similar advice throughout the field, all around different parts of the country.

Everything is different now, and there is far too much uncertainty

This year everything changed. Mainstream media says one thing; the people I know in medicine have various things to say. Some agree with everything on the news, while others disagree. In fact, one day they agree, the next day they don’t.  There has been doubt about the numbers from the very beginning.

Chaos reigns. It’s hard to make informed decisions because it’s hard to know what’s going on. Medicine has changed considerably over the last 20 years, likely contributing to the chaos and confusion.

The health care system has become more bureaucratized over the decades for a variety of reasons. The Affordable Care Act dramatically sped up the process. It significantly increased overhead expenses, which encouraged many private doctors to work for larger groups, such as hospitals, to absorb those costs more quickly.

Private ownership has been decreasing for years but markedly reduced during the years between 2012 and 2018.  Physicians began moving away from offering their services privately to providing services at larger institutions. Hospitals and larger groups of physicians can more easily shoulder the burden of high overhead costs.

The voice of humankind no longer belongs to us

I have worked in a variety of settings. When I worked for a privately owned burger joint in high school, I dyed my hair orange and purple and had five earrings. The customers did not care. My boss’s opinion was all that concerned me. His only concern was whether it affected revenue. It didn’t. My boss was cool with my being a strange-looking teen.

After college, I worked for a large consulting firm. My hair was back to its natural color, and most of the piercings were gone. My more heavily tattooed coworkers had to dress very modestly. We represented a business with dozens of offices around the country and were expected to conduct ourselves in a certain way.

Rules on what is acceptable in places of employment vary. In larger organizations, these rules tend to be much stricter. In today’s environment, these rules do not only apply to appearance. Especially in larger institutions and corporations.

In medicine, the move away from independent practices toward larger institutions made it difficult for physicians to voice their stance if it differs from the institutions that now employ them, which leads to a lack of information.

I am not arguing about the existence of COVID

I am trying to point out how difficult it is to glean information not influenced by hospital policies and non-disclosure agreements of medical professionals. When dealing with a dangerous new virus, information needs to be gathered from as many settings as possible.

Compounding the issue is the fact that many medical professionals are truly exhausted. But is that solely the result of a new disease? Last September, the Wall Street Journal ran an article detailing how hospitals have trimmed staff in recent years for budgetary reasons.

With fewer workers available, was COVID the straw that broke the camel’s back?

When we watch commercials with exhausted nurses telling everyone to stay home and mask up, is it such a stretch to wonder if perhaps some of this is due to poor management and lack of workers? Not solely due to the virus. Selco wrote previously that it wasn’t the virus we need to worry about, but the system. Is that what we’re seeing?

Fact: Diseases emerge. Despite the chaos and uncertainty of the past year, progress has been made. I don’t know why we’re not giving more attention to progress and celebrating it.

I have been watching the confirmed cases vs. deceased ratio daily for my county since they first began reporting it. In the spring, it was between 2 and 3 percent. In the past few months, it has hovered just above 1%.

The ability to treat people suffering from Covid has significantly improved. The frontline health care workers who have been observing and refining different practices for the best possible outcomes deserve more credit than they have been getting.

Rather than praising potential vaccines, why not praise the tangible progress already made?

What happened to letting nature do its job?

The development of antibiotic-resistant bacteria is a genuine problem. People have denied this for years, though it’s well documented. We share our bodies with trillions upon trillions of little microbes. In addition to the masking and stay-at-home orders, we are told to sanitize regularly. We don’t live in a surgical ward. Trying to kill everything we can’t immediately identify will lead us nowhere good. Nature doesn’t work that way. Our bodies don’t work that way.

When I was in the corporate world, many of my friends had children in daycare. My relatives also put their infants in daycare. When their babies got sick, doctors invariably told them it was good to expose babies to pathogens. It would strengthen their immune systems in the long run. It seems like, until Covid, moderate exposure to a variety of pathogens was essential in developing an immune system.

The authors of the Great Barrington Declaration do an exceptional job explaining the development of herd immunity among less-vulnerable members of the population. I strongly encourage everyone to read it and then read the authors’ short biographies and co-signers. Accomplished scientists from all over the world have signed it.

This declaration is no conspiracy of pseudo-intellectuals, yet it was initially buried.

Doesn’t it seem like the “facts” change too much and too often?

In the spring and summer, Florida’s horrible spike in cases was all over the news. Stories of hospitals at 100% capacity spread rapidly. Nurses were offered large sums of money to go down and work there because the hospitals were overrun. My family has a physician friend in the Orlando area, and my parents asked her about it. She told my parents it was nonsense; she said the hospitals were closer to 10%, not 100%, and surmised lawsuits might be coming over the fraud.

This physician takes Covid very seriously; she refuses to eat at any restaurant and only socializes outdoors while wearing a mask.

I spent some time researching and found an article titled “Florida hospital admits overstating its CCP Virus positivity rate by 10 times, some labs have not reported negative results”.

I have to wonder if the same sort of thing is happening worldwide.

Communication and debate are essential. It is a lucky person who has never had conflicting diagnoses from doctors. I have been prescribed antibiotics for what turned out to be Bell’s Palsy, which is viral and not treatable anyway. Physicians are smart, not perfect. People work best when they are allowed to communicate freely.

This past year I have felt I was continually asked to suspend disbelief. Don’t believe any physicians I know personally. Only agree with who the media titans believe in. Following the strictest mandates will protect my health. (Even though closing gyms and forcing people to stay indoors is a sure path to obesity, Vitamin D deficiency, and depression.) Taking an entirely new kind of vaccine developed in less than a year (the typical time for vaccine development is between 5 and 10 years) is safer than getting exposed to a disease with a 99.98% survival rate.

Covid is a new disease, and new things are scary

We confront and conquer frightening things, not by living in a constant state of fear, but by recognizing what we can and can’t control and doing our little part. For most of us, that means following the same advice doctors have been offering for years to stay healthy: exercise, get some sunshine, eat the most nutritional food we can afford to keep our immune systems strong.

Let the medical researchers hash things out at the top as far as specific treatments for Covid are concerned, but allow them to do that freely, without fear of reprisal because they might express the “wrong” opinions.

Obviously, as we learn more, some things will change. But it seems like the “rules” have changed every other day since the beginning of the outbreak.

The United States is no longer a country where reasonably well-informed citizens can make their own decisions regarding health care. We are being forced to distrust our judgment.

“Guard your heart” is advice I’ve heard a lot over the years, but better advice for today would be “Guard your mind.”