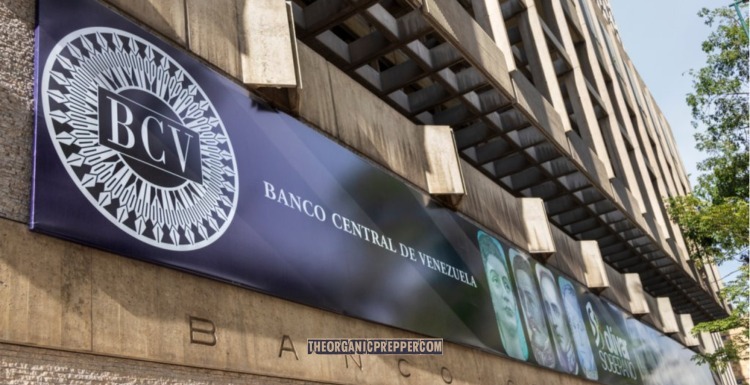 I have been home for over two months now, and I have only acquired four banknotes of 500,000 Bolivares each. Finding cash is a pain. I went to see if the bank could unlock my old account. Unfortunately, there is no way, and I will have to open a new one. And wait for God knows how much time for something as simple as an ATM card. The wait can be months in this small town.

Anyway, with those four banknotes, I bought a small plastic bag of fresh sardines. Considering we’re over 120km far away from the sea and fuel is scarce, I believe it’s an achievement at this price. Enough for dinner and breakfast for our regrettably near-blind cat and me. Kiddo is not a big fan of fish unless there are chips. Maybe he’s got some Brit genes here and there.

Venezuela’s disaster with paper money is because of the (extremely uneducated/unwise/inept) politicians trying to avoid one iceberg after another. However, given the actual state, where nobody can travel from one city to another because there’s no fuel, one can reasonably label it as a collapse.

I’m not by any means a specialist in the economy. However, unless you produce the most amount of whatever you can inside your borders, your currency is going to lose value. Our Central Bank NEVER was a real one. It was NEVER independent of the government structure. The government didn’t bat an eyelash before they devaluated our currency. Why? Because they needed to collapse the country to blame someone else. Just like the Caribbean.

Measures have come and gone. Not a single one of them has worked. I do not believe they’re going to work, ever.

And now, we have this:

Venezuela’s central bank on Thursday announced a million-to-1 change in its currency. The change, eliminating six zeros from the bolivar, will go into effect on October 1. Sources say this is the third adjustment since socialist leaders began governing Venezuela. [source]

At the same time, the bank announced it would also begin circulation of the digital bolivar. The digital bolivar will use an SMS-based system for making payments and transfers between users. [source]

Our government’s 3rd attempt to “stabilize” an economy they’re not interested in stabilizing is nothing but manure. (In my humble opinion, of course.)

This will be a faulty initiative from the very beginning

The needed infrastructure to issue a digital currency is vast. People with cutting-edge knowledge and experience are necessary to handle something like this. Hardly anyone with that sort of skill will want to be linked to OFAC-sanctioned groups.

The big winners are those with enough national currency to exchange USDs in the several wallets available. As there is no official exchange in the banking system because of the sanctions, it’s impossible to use the national banking infrastructure, as far as I know. (The very same scheme the Caribbean imposed.)

Let’s talk about a couple of universal realities

Once people lose confidence in a currency, it’s tough to gain it back. This process has been in place since Uncle Hugo. He said he wouldn’t touch the USD. However, once in total control of the uniforms, Hugo gave his speech, “the evil Empire currency must be destroyed, “no Venezuelan patriot should hoard it.

Venezuelans were hoping for an economic recovery, which has been a total mess since 1983. Those years the party with control of the exchange was in place. Furthermore, the ruling mafias discovered they could make huge profits by controlling the foreign currency supply. Some details can be found in this study: Venezuela’s Economy Crisis.

Venezuela’s handling of monetary policy is corrupt and always has been. The government is attempting to “sell” this digital currency as a novelty and a huge advance. They want to provide “motivation” to people to use their digital currency.

I may use the digital currency, but I will not store it

I do not think that storing wealth in this digital currency would be a good idea at all. Will I use it? Sure. I have to prepare for the Great Reset, pay for Kiddo’s school, food, clothing, etc. (Not to mention spare parts and all of the supplies needed to stock up the mountain cabin.)

The only logical reason I see for this digital currency is that it is cheaper than even paper. The Central Bank of Venezuela will simply press a couple of buttons on a computer and magically have enough money to pay wages to public workers. A few more keystrokes here and there, and BAM! You have paid a provider. That, and of course, a cashless society is a controlled society.

Some ambiguous rhetoric in the reasons for the imposition of the digital currency is present like “easing the connection of the population with their national currency”…whatever that means; or “building a modern vision of the currency in the daily trades.” [source]

The truth is, both currencies will cohabitate (that sounds like good news, in the middle of all this mud puddle) “to avoid excluding any Venezuelan.” [source]

As we all know, when the government takes initiatives without a definite objective ( and publicity is directed towards ambiguous and ethereal achievements) is like giving a warm wet towel to a cancer patient. Interestingly, even institutions like the UK Central Bank seem to be researching digital currency.

In my humble opinion, as a world citizen, the currency as it exists now, in the future, there is no guarantee it will work as a value reserve.

Stay tuned! And check out my new virtual store! ~ Jose

Do you think this move will work or backfire? Do you think it’s simply a way to usher in a cashless society where every transaction is tracked? Share your thoughts in the comments.​