Venezuela Has Gone Cashless (And That’s Not All) 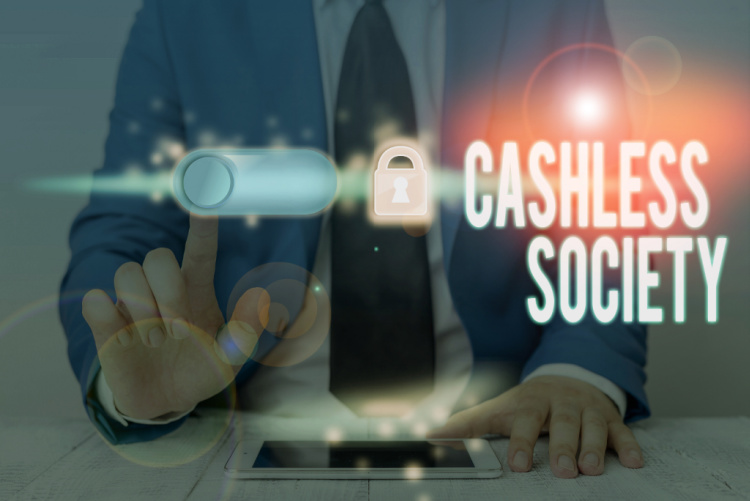 Writing about the current situation in my country is becoming increasingly difficult. Just checking my personal chats with all the information I receive is heartbreaking. People I have known my entire life are having a very hard time and are being harassed.

Collecting information from friends and acquaintances has been very hard for me. Writing about it all without feeling the effect has proven to be very challenging. Keeping the cold shadow over my heart at bay when I talk with people is the reason for the delay in my writing.

One of the biggest pieces of news recently is that Venezuela has gone almost completely cashless. But that’s not all.

What happened to the reported economic recovery?

Disinformation. That is what happened.

National cash is gone. Electronic is the only currency accepted. Some exceptions are made in border cities, like San Cristobal. USD or Colombian Pesos are accepted there.

Gini Coefficient is used to measure inequality. Ranging from (1) 0% to (1) 100%: a higher Gini coefficient means greater inequality. According to Gini, Venezuela is around 39. One of the lowest in the region, with a trend towards equity.

This is absolutely laughable.

Why? Two factors. The first one being the absence of reliable data on Venezuela. The World Bank estimates, due to lack of information, the economic chaos, and total absence of transparency, it is quite difficult to trace the data. Even if some data is found, it’s going to be very hard to verify it and can’t be trusted. The latest national survey on living conditions (Encovi) indicates this coefficient at 51, which would rank it as the most unequal in Latin America after Brazil.

What about the cost of essential items?

These are a few of the most recent food prices. Amidst crisis, chaos and a pandemic they have remained relatively the same.

Apparel and other things are more or less at international prices. I suspect the relatively low prices here of these products is because something is generating such distortion. I have found some interesting ties with Turkish products imported by a mysterious company, and being sold online by a famous website. Why buying so far away? Argentina (supposedly ideologically compatible) is much closer and produces sufficient amounts of white wheat flour.

It can’t possibly get worse, can it?

A new level of infamy has been reached.

In February/March of this year effects of sanctions began to show. Fuel production and importation were severely affected. Meanwhile, the rest of the world had plenty of fuel but not the permit to burn it. The local economy was effected immediately. Lock-down was imposed using severe measures such as people being beaten, threatened and imprisoned. The lockdown was actually a way to gain social control.

I put together this video that reveals the turmoil in my hometown because of the fuel crisis. A tense situation at a gas station in the heart of Venezuela arose when officers refused to sell fuel to farmers and producers. Rationing 20 liters per week to the citizens while politicians and others with a badge or uniform get their tanks filled has made people very angry.

What is coming next?

Spikes in the death rate. And a cover-up.

Hopefully, I am wrong.

Millions of Venezuelans left the country because of the collapsing economy. COVID-19 has forced them to return. Some of them may be infected. Many of those who have returned used “green paths” to do so. Green paths are illegal roads controlled by thugs who charge money and rape and kill migrants

Hotels in Maracaibo and other cities have been seized for mandatory quarantines for those returning to Venezuela. In my hometown hotels like Morichal Largo have been seized for this as well. That state is now the second in infection numbers. Decreed, by force, all mobility is restricted until further notice. Airports, bus stations, ships and all means of transportation are forbidden, until the end of 2020.

This article on UN News states:

According to official figures, since April 6, when the mandatory quarantine for returnees was established, and until July 28, more than 72,517 people had returned to the country through land borders, the majority through the state of Táchira.

Daily razzias (riots) are carried out. What I have been told is people are being picked up and put in the patrols for just about any reason. Estadio Monumental de Maturín is prepared to receive COVID-19 patients.

RELATED: What COVID-19 Brought to Venezuela

Nationwide 7+7 quarantine has been imposed.

I am no virologist. But, this 7+7 quarantine seems more like a scheme to me. 7 days of relaxed quarantine, followed by 7 days of radical quarantine. During the quarantine, people can only leave their homes for essential needs. Walking in the streets or even sitting on the front porch of your own home is not permitted.

Much of the information is contradictory, but overall, the conditions of the quarantine shelters are reported to be inadequate, overcrowded, and unsanitary. Keeping the virus from spreading is likely improbable due to these conditions. Access to water is limited, people who have been quarantined have to wait, on the streets, with no personal protective gear or guidance by anyone.

Aid workers have said tests are in short supply. Another concern is the rapid tests being used that come back as a false negative during the early stages of COVID-19. Some of the false negatives could actually be positives, and are now spreading the virus to others.

Is there a little good news?

I have the feeling that many city folks are going to experience a huge change in their personal interactions and daily life. Some may even have to learn a few things the hard way.

Small towns are relatively safe as they need less resources from outside. Less human concentration means less spread of the virus. Cleaner air and water, and overall, a generally healthier environment. Most small towns are surrounded by farms, providing good food sources. This means my parents are safe. For now.