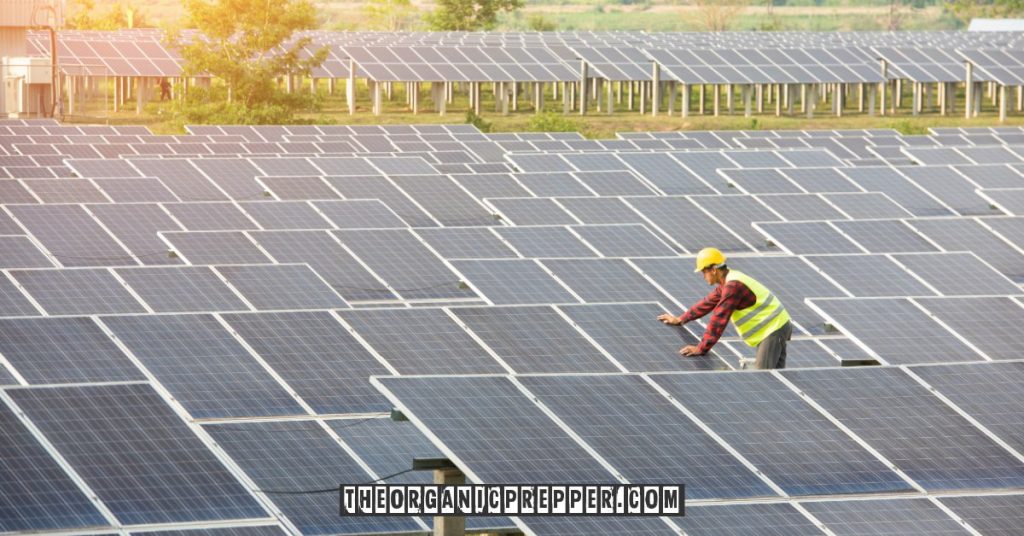 Congress originally enacted the DPA in 1950 to prioritize weapons manufacturing. It gives the government sweeping powers to manipulate markets, described in further detail in the above-referenced formula article.

We should never, ever have needed it for something as basic as infant formula, and we shouldn’t need it in terms of energy production.

The fact that this Act, originally intended for wartime munitions production, has been activated twice in the past month merits some scrutiny.

As stated in the previous Organic Prepper article, the formula shortage has been the result of over-regulation and industry consolidation.

The United States has more than enough resources for the production and distribution of infant formula. The problem has been bureaucratic incompetence. The same bloated government agencies that can’t seem to figure out how to have a resilient food supply for the nation’s tiniest, most helpless citizens have not managed the nation’s energy resources any better.

And unfortunately, the government’s intrusion into the private lives of its citizens will likely be even more damaging with the industry manipulation about to take place.

The Act allows for the rapid expansion of manufacturing of a variety of clean energy technologies. It is also being used to temporarily halt import tariffs on solar panels from Cambodia, Malaysia, Thailand, and Vietnam

Commerce Secretary Gina Raimondo stated, “As droughts cripple the West and Russia’s unwarranted invasion of Ukraine have placed increasing strains on America’s energy market, preventing disruptions to the electric power system, diversifying our energy sources, and responding to the climate crisis have never been more urgent, and solar energy is an essential component of meeting those needs.”

“As droughts cripple the West.” What does that have to do with energy production? Well, drought affects the operation of hydroelectric dams. If not enough water flows, the turbines cannot turn, and no electricity is produced.

But has there been enough reduction in energy production to constitute a national emergency? Well, considering that the hydroelectric dams out West are still producing and that the US in general only relies on hydropower for about 6.5% of its electricity production, drought alone cannot explain the massive increases in energy costs most of us face.

“Russia’s unwarranted invasion of Ukraine.” Whether or not the invasion was unwarranted is outside the scope of this article. Why should this affect American energy production?

Is Russia using all its energy in its attack on Ukraine? Did they refuse to sell us any more oil after they invaded?

On March 8, the White House announced a ban on importing Russian oil, liquefied natural gas, and coal. The Russian attack on Ukraine only affected American energy markets because American politicians made it affect them.

In 2021, the US imported approximately 5% of its coal and 8% of its crude oil and refined petroleum products (such as diesel) from Russia. While not insignificant, this again begs the question: Is this a big enough market share to explain the skyrocketing fuel prices and rolling blackouts many Americans face? Does this constitute such a severe crisis that the government needs to give itself additional powers?

The rest of Secretary Raimondo’s statement about “preventing disruptions to the power system and diversifying our energy sources” presumes that the US has never had a fully resilient, functional energy grid. She presumes that a diverse, stable energy grid is something we need to work toward.

For a few years, I lived in a low-income neighborhood with a bad transformer. That was the only time in my life I experienced frequent power outages. Most Americans have been able to rely on the energy grid for a long time.

(Want to know what to eat when the power goes out? Check out our free QUICKSTART Guide.)

The US has had a resilient, diverse power supply. We’ve had hydroelectric, coal, oil, and nuclear-powered electric plants. We have been able to choose to heat our homes with natural gas, propane, oil, electricity, or even coal or wood. Depending on your part of the country, wind or solar electricity generation has been available as well.

Acting like the American energy market somehow needs “help” from the government is misleading in the extreme. We have plenty of our own fossil fuels. I’m not in love with Donald Trump, but the fact is, the United States was a net exporter of energy during Trump’s presidency.

This changed in 2021, not because we ran out of fossil fuels, but because when Biden took over, he immediately slowed or stopped permitting oil and gas projects. On his first day in office, he issued an Executive Order that, among other things, revoked the permit for the Keystone XL Pipeline.

The effects of bad government policy on nuclear energy have likewise been ignored.

In fact, our neighbor to the north, Canada, has the world’s largest supply.

Canada, however, has many of the same regulatory issues we have in the States. Jordan Peterson conducted an interview with Prime Minister candidate Pierre Poilievre in which they discuss the Canadian energy sector.

Starting at about minute 40, Mr. Poilievre discusses in detail Canada’s lithium and uranium deposits, as well as its oil and gas reserves. Like the Americans, however, Canadians import energy, not because they don’t have it but because regulations make it impossible to extract and/or refine.

For example, Canada is in the perfect position to export liquefied natural gas (LNG). They have abundant natural gas reserves. To refine gas into LNG requires freezing the gas, and guess what? Canada is really, really cold. In theory, Canada could produce some of the cheapest LNG on earth because of its frigid environment.

So why aren’t they producing it?

Well, since 2011, there have been 18 proposals to build LNG facilities in Canada. One is under construction. That’s it.

Drought and the Russians aren’t responsible for our energy woes.

Really, really bad political decisions are, and the politicians behind those decisions keep pretending it is all out of their hands.

Between the US and Canada, North America has more than enough natural resources, not to mention the technical expertise, to main high standards of living for ourselves and our trade partners. We don’t need to rely on foreign dictatorships for energy. And yet Secretary Raimondo ignores all this. She says that responding to the climate crisis has never been more urgent, and therein we find the political class’s justification for ignoring the US’s cheapest and most abundant forms of energy.

Like the formula crisis, this is about government creating a problem and then granting itself emergency powers to address it.

These DPA enactments provide a regulatory framework for heavy-handed government control. In the case of the formula crisis, a framework within the DPA exists to prosecute anyone attempting to “hoard.” In the energy crisis, we see further manipulation of the energy market by the government.

A farmer that fires a pellet gun at eagles eating his chickens faces up to $250,000 in fines and two years of jail time; wind and solar projects regularly kill eagles and have only recently faced any prosecution. The deck has already been stacked in favor of wind and solar. The current DPA just stacks it further. And every extra set of rules adds to production cost.

The more you think about it, the more disturbing the whole situation becomes. Americans have been shutting power plants, experiencing energy shortages, and then granting the government emergency powers to address the shortages that they created, to begin with. I wish I could just blame Joe Biden and the Democrats, but unfortunately, that’s too simple. Joe Biden doesn’t control Canada or the European Union, but their leaders have been making the same asinine policy decisions all on their own.

So, who’s behind all this?

Well, the World Economic Forum has made it clear that they intend to end fossil fuel usage. In their paper “Fostering Effective Energy Transition 2022” they reference “short term risks to energy affordability, sustainability, and energy security.” Somehow I have a feeling that our energy affordability will be about as temporary as our inflation has been transitory, but that’s beside the point.

The WEF intends to end fossil fuel usage. Not in 2040 or 2050, but now. With their advertised carbon-footprint tracking, centralized digital currency, facial recognition technology, and digital identification they will be willing and able to enforce, well, just about whatever they want.

So, what do we do, especially if we’re not in the situation to go totally off the grid like JJ?

First, analyze your needs. We’re all so different. The needs of an elderly apartment-dwelling couple will be very different from the needs of a houseful of teenagers on a working farm. Then ask yourself what small-scale options would be best in your area.

For example, in my area, some people can provide most of the heat needed for the household with passive solar water heaters. That probably wouldn’t be practical in New England or Canada, but they’ve got a lot more wood up there.

Look around. Think about your advantages in your area. Research as much as you can, while you can.

Be situationally aware. Don’t delude yourself into thinking that if the right people just get elected, our problems will disappear. Our problems go far deeper than one or two election cycles. But don’t despair. Make your preparations so that you can rest easy. Enjoy your circles of family and friends. Keep them close. Things may get pretty interesting before too long.

Do you also find this concerning? Do you think the repeated use of the Defense Production Act is an abuse of power? Or do you feel this is a good reason to use the DPA? Share your thoughts in the comments.