Hundreds of COVID POSITIVE Immigrants Released into the U.S. While Americans Are Urged to “Stay Home” 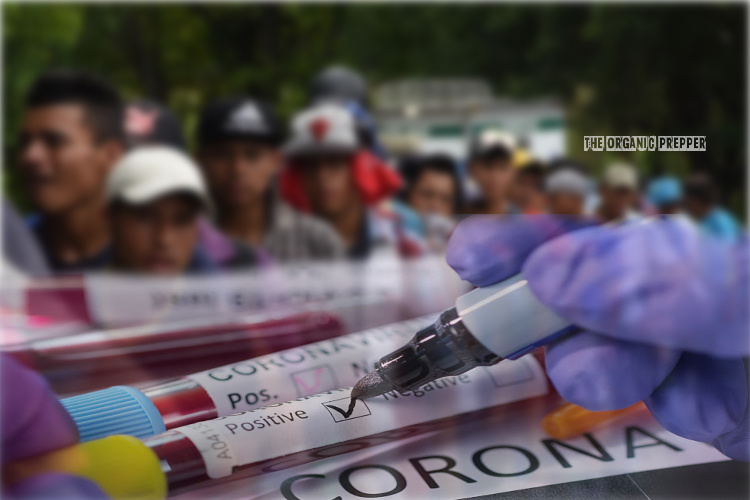 The United States seems headed for many crises. There are a looming food crisis and a supply chain disruption. An overall breakdown in society’s functional aspects is on the horizon for the United States as well. Another crisis, a humanitarian crisis, is boiling below the surface. Call it what you want – a “migrant crisis,” a “refugee crisis,” or an “immigration crisis,” it is still a crisis and one that has yet to be effectively addressed.

Currently, “migrant caravans” are marching their way to the United States border, where a new administration, much less interested in protecting border integrity, removes restrictions and merely allows them inside the country.

Despite all the restrictions Americans face over COVID, the Border Patrol released 108 migrants that tested positive for COVID into the United States.

More than 100 illegal immigrants released by the Border Patrol into Texas since late January have tested positive for the coronavirus following their arrival, officials in a city on the U.S.-Mexico border tell Fox News.

Felipe Romero, a spokesperson for Brownsville, said Wednesday that the 108 positives represent 6.3% of the number of total migrants who have been rapid-tested at the city’s central bus station, where the Border Patrol is releasing them. Rapid testing of the individuals began there on Jan. 25.

Numerous news organizations reported the number of immigrants being released into the United States even after testing positive for COVID is “surging.”

​The number of migrants testing positive for the coronavirus before being released into the U.S. by the Border Patrol is surging, almost doubling the amount from last week, according to a report. ​​

Felipe Romero, a spokesman for Brownsville, Texas, said 185 migrants rapid-tested at the city’s main bus station showed they were infected with COVID-19, ​up from the 108 who tested positive last week, Fox News reported Monday.

Since Jan. 25, 1,553 individuals have been tested for coronavirus after crossing the U.S. border there, he said.

All this while many Americans are still being forced to remain on house arrest and “stay home to flatten the curve” or whatever else Bill Gates and Tony Fauci can come up with that has a simple rhyme or catchy sound.

Of course, it has already been established by numerous reports that Trump’s seemingly bombastic claims that it was not just Mexicans and Central Americans pouring through the American borders were actually correct. People from all over the world were flooding into America through its southern border.

Mexico has been doing much more to try and stem the tide of immigrants getting into the United States and Mexico itself.

Worsening conditions in South America are cause for concern as migrants flee their country. Take a look at an article from the Guardian which reads:

Activists are warning of a looming humanitarian crisis on the border between Chile and Bolivia as growing numbers of migrants brave the harsh terrain of the Chilean altiplano to cross the frontier on foot.

Chile closed its land borders last year as a preventive measure during the Covid-19 pandemic, but authorities have reported a surge in irregular crossings, mostly caused by Venezuelan migrants fleeing economic instability and political turmoil in their home country.

Since the start of the year, up to 200 migrants have entered Chile each day, crossing an arid landscape 3,690 meters above sea level where temperatures can sink to -8C.

Jose has written about Venezuelan refugees making incredibly risky and dangerous trips to flee their country.

Undocumented entries have risen 32 times in one year!

In the Tarapaca region, where Colchane is located, police have reported 2,031 registered undocumented entry cases, which is 32 times higher than in 2020. The increase is attributed to Venezuela’s crisis, where Western countries are locked in imperial economic warfare with a corrupt socialist government.

Chile has already received 470,000 Venezuelan migrants and refugees, the largest number after Colombia and Peru. Of course, “human rights groups” like Amnesty International (who supported the war on Syria) are demanding that Chile take in even more immigrants, house, and settle them, even though its foreign population has risen nearly 20% in the last year.

Why would an immigration explosion in South America affect Americans?

Refugees seeking to escape war and economic stagnation or poverty always attempt to go to countries that are not engaged in civil war or whose economies are continuing to function, even if they are shells of their former selves.

This means that immigrant upheaval in South America leads to immigration northward through Central America, Mexico, and eventually into the United States. It may not be today or tomorrow. But there is a ticking time bomb of immigration just waiting to explode on America’s southern border. We can argue about it all we want, or we can prepare for it.

Because when it arrives, partial walls and Border Patrol agents won’t be able to stop it.

Do you feel that migrants who are covid-positive should be put into mandatory quarantine? Are you comfortable with the fact that quarantine is “recommended” and then they’re released into the country? Meanwhile, what is the status of covid restrictions in your state? Let’s discuss it in the comments.