The Global Supply Collapse Continues to Get WORSE: Shortages of Clothing, Appliances, Food, and Other Essentials 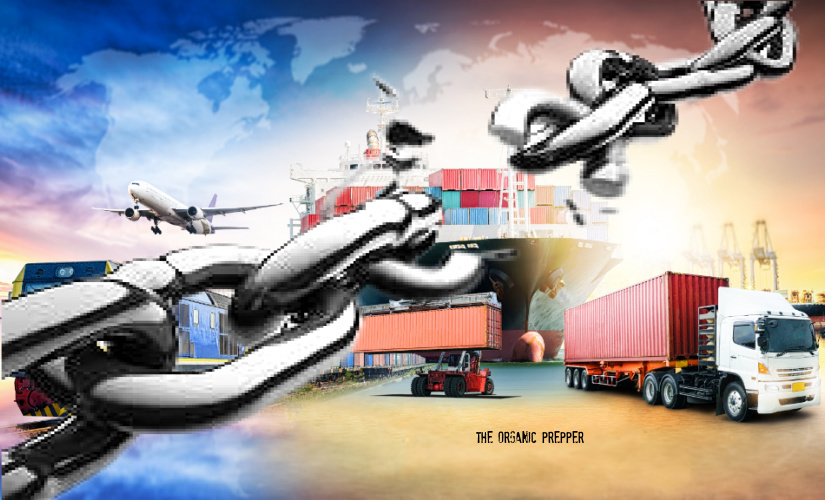 The United States and the world have been suffering under a slow-burning economic depression for three decades now. Although the US began inching slowly out of the clutches of depression under the Trump administration’s quasi-Americanist tariff policies, COVID mandates, and the government’s war on independent businesses, personal finances, and the economy thrust both the United States and the rest of the world straight back into a financial and economic hole.

This time, however, that hole is much deeper than even the most negative predictions could have foreseen.

While PPE loans, stimulus checks, extended unemployment benefits, and a terrified shut-in population, as well as a mainstream media that peddles nothing but 24/7 propaganda, are hiding the real effects of what has taken place, there will soon be no way to cover up the economic fallout from the Great Reset.

The global supply chain is overwhelmed.

For one example of what is lurking under the surface, an article published in the Washington Post entitled, “Pandemic Aftershocks Overwhelm Global Supply Lines,” details the fast arriving price increases, inflation, and scarcity. The article states,

The cost of shipping a container of goods has risen by 80 percent since early November and has nearly tripled over the past year, according to the Freightos Baltic Index. The increase reflects dramatic shifts in consumption during the pandemic, as consumers redirect money they once spent at restaurants or movie theaters to the purchase of record amounts of imported clothing, computers, furniture and other goods.

That abrupt and unprecedented spending shift has upended long-standing trade patterns, causing bottlenecks from the gates of Chinese factories to the doorsteps of U.S. homes.

In other words, money that was once spent on luxuries such as eating out or going to the movies, entertainment, etc. is now being spent on necessities.

The price of everything will continue to rise.

This is, of course, due to the fact that many good jobs were sent overseas already before the COVID mandates took hold but also because the lockdowns and fearmongering of media outlets have now driven many of the businesses that were left into extinction.

Unemployed people and business owners who no longer own their businesses are faced with rising costs for the items they need and have no money left over for the items they want, something that has driven many more people to steal food and other necessities in an alarming trend.

Glimmers of sticker shock are starting to vex corporate planners. The cost of imported industrial supplies jumped 4.2 percent in December and is up 27 percent since April’s pandemic low, with manufacturers complaining of shortages of materials such as steel.

Shipping issues are affecting familiar brand names such as the Gap, where an executive recently told investors that “port issues” were hamstringing operations. At WD-40, higher freight and warehousing costs dented profit margins last quarter, Jay Rembolt, the chief financial officer, told investors this month. Bang & Olufsen, a maker of music systems and televisions, said it had resorted to more expensive airfreight to compensate for a lack of seaborne options.

“These challenges have put inflationary cost pressures on our and many businesses and, as the market is anticipating, will put further inflationary pressure on transportation rates in 2021,” said Shelley Simpson, chief commercial officer for J.B. Hunt Transport Services, on a recent earnings call.

Shortages will continue to emerge.

Just in case you were somehow unaware of the crisis, you might notice that there have been shortages of household appliances as well as clothing in recent months with many of those items costing more than they did pre-panic. In fact, many of those imported goods have risen by 0.9 percent since August. So much for those cheaper goods that you were promised for sending your high wage jobs to China.

In fact, we’re seeing shortages and higher prices of many essential products that come from China, as well as Chinese-made parts to maintain our own goods.

And it’s not just shipping costs. Higher oil prices, inflation from “stimulus” checks, and other factors are all combining. In fact, the Washington Post article surprisingly addresses this by writing,

By themselves, shipping cost spikes are likely to have only a modest effect on inflation, according to Neil Shearing, chief economist for Capital Economics in London. But they will reinforce the effects of other factors, such as oil prices and ample fiscal and monetary stimulus, that are expected to drive the current 1.4 percent inflation rate higher, at least for a while.

“All of these temporary factors come together at the same time the market narrative is primed for a post-covid inflation surge,” Shearing said.

This new spiral is not just a temporary hiccup.

If you read closely you will find that it is not merely a question of the market catching up with demand or resetting itself. Chinese goods are flooding the US market with Chinese companies fighting one another over cargo shipping space while American imports have taken a nosedive.

Essentially, what is happening is that a totaled American manufacturing sector is now being flooded with foreign goods while exports are stuck at the docks. Things are about to get very bumpy in this country and if you haven’t started preparing, now would be the time to do so in earnest.

To assess your preparedness level for this type of event, go here to get a copy of The Prepper’s Workbook absolutely free. Also check out this article for advice on how to perform an objective self-assessment.

Preparing isn’t as easy as it once was due to shortages of both goods and money, but that doesn’t mean that all hope is lost. Here are some tips for getting prepared now that things have changed dramatically. Pay attention to the items that are currently in shortage and stock up if you can. Items like clothing, footwear, appliances, electronics, computers, and food are all likely to continue to be affected. (While computers wouldn’t have necessarily be seen as an essential before, an ever-growing number of Americans are working from home as their children are “distance learning.)

This crisis has been apparent since day one to anyone who understands the basics of economics and anyone who is capable of reading the writing on the wall.

What shortages are you seeing?

What shortages are you seeing at your local stores, if any? (And please give us a general location.) Are you making any changes to make up for these shortages? Are you seeing price increases on certain items? Let’s discuss it in the comments.