Are You REALLY Prepared to Bug Out on Foot? Heed This Cautionary Tale of a Deadly Desert Crossing 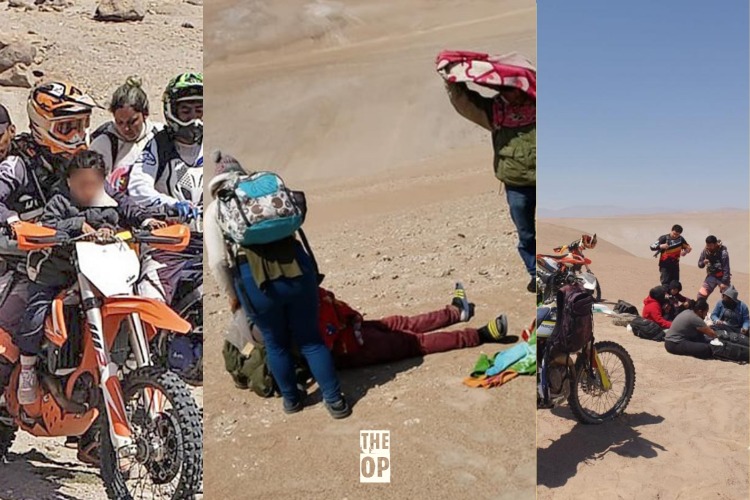 Desperation can be a strong motivator.

I want to share a story that I strongly identify with, though I have not experienced this to the same degree. I hope never to go through what the migrants in this story had to withstand. Most Venezuelans lack the preparedness that the great outdoors requires. Many never felt the need to prepare for anything.

I know how this sounds. But, I have to acknowledge the overabundance of lazy and unproductive people in my country that watch too much TV and eat far too much junk food. Those who try to bug out by foot don’t know what they are getting into. Some of them drag their children behind. There is no official record of how many “desert walkers” have been lost in the desert to this point. I have a feeling some have faced fatality.

The following is the story of Venezuelan migrants who crossed one of the world’s most dangerous deserts, north of Chile, on foot.

Chile was the destination of migrants by the thousands. They either knew someone in Chile or went hoping to find a job and a place to live. The Chilean government response at the start was more or less neutral, possibly “warm.” However, once Chile had noticed an increasing number of illegals committing crimes, they started to shut down the gates. (The fear of losing legal status and being sent back is so high that the risk will make most Venezuelan migrants go as gray as possible).

Regular people, without the most basic survival skills or training, printed a map and learned to use a compass. These people entered into the desert in groups, each with a 1.5-liter bottle filled with tap water and very little food. Mostly bread and cans of tuna.

Walking during the day exposed them to the deadly desert sun. The migrants were freezing at night in the desert and burned clothes, trying to keep warm. The desert walkers risked dehydration in the Peru/Chile desert and possible death as the border is filled with land mines.

Abandoned at dawn by the guides, “You’re just 3 hours away, walking that direction.”

The walkers did not seem to investigate very thoroughly the desert on the north border of Chile known as “pampa.” Pampa is nothing but hills and valleys of dirt and stone, and so dry there is no animal life there. (How anyone tried to cross that place dragging the kids is beyond my comprehension.) 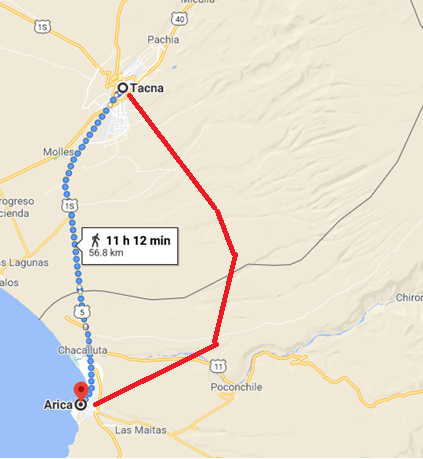 Avoiding the border crossing was the idea, so the walkers went through the middle of the desert. (*See maps: The blue is the intended route. The red line is the route they took.) Pretty sure this is over 60 km of one of the most inhospitable places on Earth. Quite an accomplishment even for someone already trained. These people did it with NO training and without a map! (The guides who abandoned them had the map.)

With only enough water and food for one night, the abandoned groups met with a team of off-road motocross riders: Team Tuareg. The riders were amazed to see people in the middle of the desert. These people were in such an inaccessible place that not even the police could get them after they finally contacted authorities, asking for help with their phones. The authorities told them to “keep walking.” Team Taureg evacuated them on their motorcycles. (We bikers are nice guys, so please be careful when you drive.)

An article on the Pulitzer Center  details the story from the motocross team’s point of view:

It was midday when Andrés Carevic saw something moving in the hollow of the desert through his binoculars. He thought it was strange. It isn’t normal to find people in this part of the desert.

That Sunday, they decided to go to the desert even though they had practiced in the same track only a week before. It isn’t normal for them to repeat tracks. After completing the first kilometers of the track, they decided to stop and rest in order to be able to continue walking later. That is when they saw some figures in the distance. Carevic was able to point out through his binoculars that the figures were people.

Among themselves, they argued about whether or not they should approach them. They were afraid that the people would turn out to be “burreros” (what they call drug traffickers in Chile), and thought that they would be armed.

But they decided to go.

When they got close, they noticed that the people were barefoot, and others wore plastic sandals. They did not have the tools nor the clothing necessary to be able to support the heat of the day or the cold of the night. Their faces were lacerated by the sun and the sand, and their lips were cracked, similar to when the ground does not receive enough water.

Fortunately for these migrants, which included a 9 month old baby girl, Team Tuareg found them and was able to supply them with water and even mineral salts to help the baby who was severely dehydrated. Even more amazing is that they were out there and came across the migrants and rescued them all on the back’s of their motorcycles. If the bikers had made a simple turn to the other side, they would have missed seeing the group.

I want to give thanks to Team Tuareg: You went out to the desert to practice your sport and ended being involved in a rescue operation. I want to thank you as a father. Those babies could have been my own family. Once a father, you become a parent for every kid in the world. Thanks, and God bless you.

The refugees involved in this story are people without anything to lose. They were willing to leave everything behind to survive. They have too many mouths to feed, no profession, no land, maybe even no home. They have only the willingness to work with their hands, even if that means to live in some other country and never come back. The risk seemed insignificant in the beginning.

However, I, fortunately, was not that desperate. Not desperate enough to attempt a crossing like this without thorough research and way more water. Even then, going into the desert as the walkers did after being abandoned was just plain stupid. I do my best to gather the information needed before, during, and after making a drastic change in my life. While there may come a time when you need to bug out on foot, learn all you can about it while times are good so that you’re prepared for the dangers you may face.

Recent tension in my life has prompted me to consider making changes again. I choose not to reveal the timing of my plans right now. As soon as I feel safe to do so, I will tell my readers more.

Are you prepared to bug out on foot?

Are you actually prepared to bug out on foot if you had to? How do you train for this possibility? What kind of terrain is in your area? Let’s discuss it in the comments.

Jose is an upper-middle-class professional. He is a former worker of the oil state company with a Bachelor’s degree from one of the best national Universities. He has a small 4 members family, plus two cats and a dog. An old but in good shape SUV, a good 150 square meters house in a nice neighborhood, in a small but (formerly) prosperous city with two middle size malls. Jose is a prepper and shares his eyewitness accounts and survival stories from the collapse of his beloved Venezuela. Thanks to your help Jose has gotten his family out of Venezuela. They are currently setting up a new life in another country. Follow Jose on YouTube and gain access to his exclusive content on Patreon. Donations: paypal.me/JoseM151 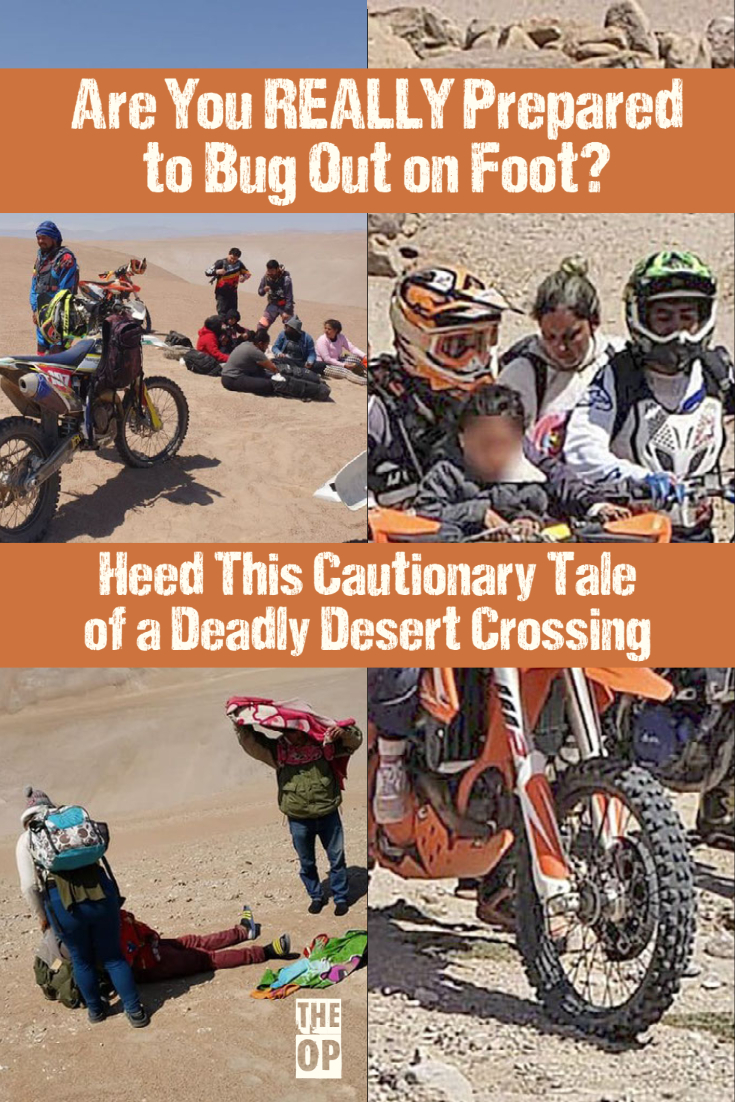