ARPA-H: The Nosy Love Child of DARPA and the NIH 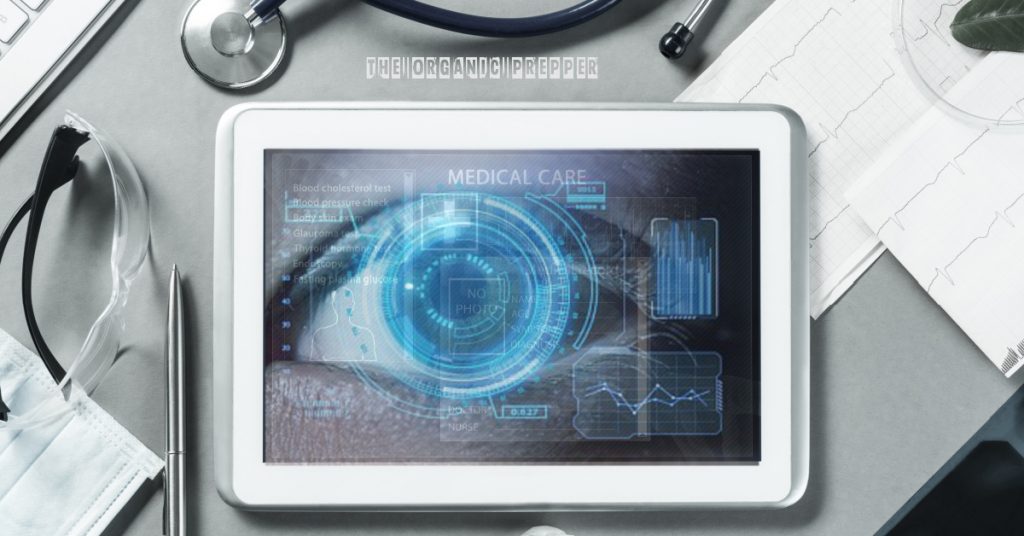 On March 15, 2022, President Biden signed a law allowing for the creation and funding of the Advanced Research Projects Agency for Health (ARPA-H) within the U.S. Department of Health and Human Services. The agency received $1 billion for fiscal year 2022.

ARPA-H’s stated mission is  to“accelerate better health outcomes for everyone by supporting the development of high-impact solutions to society’s most challenging health problems.”  So, the federal government is tossing another billion into the black hole that is the American health care system.  Okay.

Let’s think about this for a minute.  The U.S. already spends far more per capita than any other nation in the world.  We spend an average of $11,495 per person, per year.  Most other First World countries hover between $5000 and $6000.  (source)

So, is this paying off?  Are Americans the healthiest people in the world?

No.  We’re sick and have been getting sicker.  Our life expectancy dropped again last year, to 76.4 years, which is the lowest since the 1990s.  Meanwhile people in dozens of other countries can expect to live into their 80s on average, American life expectancy just continues to drop. I don’t think we’re getting what we pay for.

What’s the story, then?  How is this money really going to be spent?

The goals on the official ARPA-H website are incredibly vague.  Responding to the question, “Will ARPA-H focus on specific diseases?” they respond:

No.  Our aim is to provide dynamic, transformative health solutions for all people across a broad range of diseases.

So, this new agency is not going to focus on cancer, heart disease, or chronic lower respiratory diseases, which alone count for more than half of the annual deaths in the U.S.

If you watch the HHS interview with ARPA-H Acting Deputy Director Dr. Adam Russell, at 11:10, he does, finally, go into a little detail about what ARPA-H has planned.  Dr. Russell envisions using our own bodies to leverage and augment our own bodies’ responses and capabilities.  He mentions using vaccines to fight cancer, and says, “Can we have a universal cancer vaccine?”

Dr. Russell also brings up the development of cheap, lightweight sensors and wearables that will detect early onset or impending disease at the individual or societal level.  He sees the massive amounts of data being already harvested as an opportunity to identify new treatments.  Dr. Russell repeatedly mentions the future of healthcare as something encompassing every level from the cellular to societal.

President Biden also mentioned a few potential research directions for ARPA-H in his Cancer Moonshot Initiative speech. He, like Dr. Russell, talked about research into cancer vaccines, as well as better cancer screening.  He also brought up targeted gene therapy and research into reducing maternal mortality.

The “new templates” of healthcare

The ARPA-H website repeatedly mentions “new templates” of healthcare.  President Biden says, “For example, to prevent cancers, scientists are exploring whether mRNA vaccine technology that brought us safe and effective COVID-19 vaccines could be used to stop cancer cells when they first arise.”

This means more mRNA treatments are coming down the pipeline.  We discussed this recently when we talked about researchers investigating whether or not mRNA could be replicated inside plant cells. Any research involving mRNA is really hot right now, and this is probably one of the “new templates” ARPA-H plans to throw money at.

We’ve also seen the rise of various fitness gadgets on the market.  The “cheap, lightweight sensors and wearables” that Dr. Russell mentioned will probably be marketed as an extension of these.  And these fitness gadgets are convenient, whether you’re a serious athlete tracking your progress or someone who just wants to lose weight.  Various insurance companies have been offering discounts to people that use them and submit their data.  The insurers’ reasoning is that people who take care of their health by exercising regularly will cost insurers less money, which is probably true, and in a perfect world, makes a lot of sense.

There have been too many scandals about the misuse of personal data lately.

However, we don’t live in a perfect world, and we’ve been surrounded by far too many scandals lately about the misuse of online information.  We found out in May that the CDC had been receiving huge amounts of data from phone companies.  The CDC claimed that they were mostly just interested in using the data for research.  But Colorado Gov. Jared Polis let the cat out of the bag when he told residents their compliance with lockdown rules was being monitored with cell phone data.

It’s not a big jump to imagine submitting data for the number of steps you’ve taken per day but then having the company also look at where you go.  We’ve been letting our privacy slip through our fingers for quite a while now.

This emerging technology gets worse.  Amazon’s Halo advertises that it can read your mood. This is being advertised as a convenient, helpful way to moderate your voice if you sound too cranky with a waitress or your coworkers.  But this also means that if you laugh every time you hear the vice president on TV, if you roll your eyes and groan every time you hear the phrase “safe and effective,” someone’s going to know about it. (More on the Halo here.)

The collection of this kind of data will make it easy to identify political dissidents.  It’s not hard to imagine this kind of information being used to harass people with inconvenient opinions.  There have already been steps taken in this direction.  A February 2022 DHS bulletin equated deviating from the official Covid narrative with domestic terrorism since it undermines faith in the U.S. government.  We’re dancing on the edge of criminalizing wrongthink.

And some states are ahead of the federal government; California, for example, will start punishing any doctors disseminating “misinformation or disinformation” about Covid    They are threatening to revoke the medical licenses of any physicians not complying with whatever the government wants.  It’s not paranoid to be concerned about this mass data collection.

Attempts to harvest data are everywhere.

And some bad ideas just won’t go away.  DARPA’s LifeLog project, an attempt to record everything people said, did, watched, or heard, was discontinued in 2004.  But, as chance would have it, somehow in 2004, Mark Zuckerberg came up with Facebook, where people voluntarily share all kinds of information.

Governments around the world tried really, really hard to implement some combination of vaccine mandates and health passports in 2021.  One by one, most programs have been dropped after intense pushback.

Facebook succeeded where DARPA failed in getting people to volunteer all kinds of information about their social lives online.  Governments failed in forcing citizens into accepting health passports; I don’t think it’s coincidental that now ARPA-H is now being formed, with a very large budget and a view of presenting mass biometric data collection as the next phase in healthcare.

What can we do and why does this matter?

So, what are freedom lovers supposed to do about this attempt to push our lives online and harvest every last bit of data?  And why should preppers care?

Preppers need to be situationally aware.  We need to understand the world around us to the best of our ability, even if all we can do is work on improving our mindset to avoid sinking into depression.  The OP had a great article on using herbs for mental wellness just recently.  If you’re a gardener, I’d tag that article this year.

And, if nothing else in the past three years has convinced you, this should be a real wake-up call to take responsibility for your health.  I’ve known plenty of doctors over the years, and they all say the same thing.  Proper diet and exercise would prevent 90% of the issues they see. If you’re fairly sedentary, starting to take long walks through your neighborhood can make a big difference.  And if your neighborhood is unsafe, YouTube has tons of workout videos.  My daughter and I did Jazzercise for years in our living room.  It’s free, fun, and really improved our flexibility.

The more you can stay healthy on your own, the less you will have to interact with people likely to push you into data collection schemes.

Where will it lead?

I’m not sure where all this will lead.  Huge, grandiose plans like this always fall apart at some point.  But it’s important to be aware of what direction we’re being nudged in.  If you’re still looking for a New Year’s resolution for 2023, I think getting healthy and cementing your real-life, in-person relationships would be a good place to start.

What do you think about the mysterious goals of ARPA-H? Are you concerned about data-mining in medical care? Do you have a sinking feeling about the next big thing in healthcare? Alternatively, are you excited for the advances that are coming? Let us know what you’re thinking in the comments section.