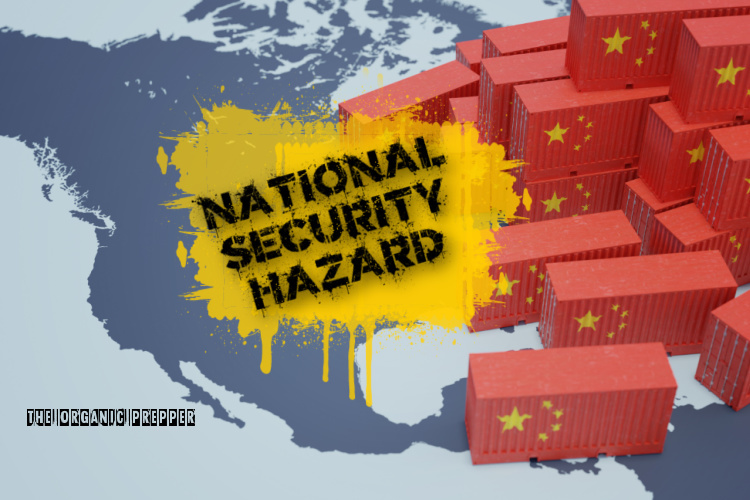 America Could Be Headed for WAR With No Equipment or Supplies

I’ve been writing about the U.S. supply chain for months and pointing out how the American food supply chain has been disrupted by COVID restrictions, natural disasters, and (intentional?) mismanagement.

Eventually, a significant food shortage here inside the country will occur. For those who choose to ignore these warnings and fail to prepare accordingly, times will get very hard very quickly.

But it’s not just the food supply chain we need to be worried about.

It is not just gadgets and consumer products that are the concern here. The U.S. Military’s ability to procure needed supplies to arm and support itself in military conflicts is of great concern.

As Loren Thompson of Forbes points out: “The moment is fast approaching when America’s military will be unable to equip itself for modern warfare without relying on Chinese suppliers. So if the war is with China, there’s a good chance the U.S. military would be defeated.”

Some Americans, particularly younger ones not acquainted with the terms “Free Trade,” might be aware just how advanced the American industrial collapse has become.

Just take a stroll through Best Buy BBY +0.7% and see if you can find anything made in America. Virtually every electronic device of interest, from smartphones to flat-panel televisions to laptop computers, is now made in Asia—especially China. And less than 2% of the shipping that delivers such devices to U.S. shores is conducted on vessels made in America. China increasingly builds (and owns) the ships.

It is not hard to dream up excuses for why America might be lagging in smartphones or container ships. After all, don’t we design the smartphones here, and don’t we still build the most advanced warships?

But the more you investigate the extent of America’s industrial decline, the easier it is to see is why that slide might be leading to a security crisis.

The U.S. isn’t a clear-cut global leader in any of these technologies any more. It may have an edge in two or three of them, but its lead is fast evaporating.

There are many reasons why the U.S. isn’t the global leader in technologies anymore

One of those reasons being the Chinese government is working as hard as possible to take advantage of every opportunity. China is also graduating eight times as many students in science and engineering as the United States. I would also add that these students are trained in science and engineering, primarily unencumbered by the constraints of the ideologies of leftist social justice and racial equity.

Despite Trump’s rhetoric on China, the U.S. trade deficit in advanced technology grew every year of his administration. America’s industrial decline is often hidden in the statistics, obscured by the high-tech service industry’s success with leading companies like Amazon and Google.

Forbes reports on the four most urgent points set out by Biden’s Order as follows:

Whether you are a supporter of Biden or an opponent, he’s right to focus on bringing the manufacturing industry back to the United States as an issue of National Security.

It is indeed a national security issue.

This website also discussed that the fact most of our vital medications are manufactured in China is very dangerous to our nation’s well-being.

In the past, wartime inspired extreme levels of ingenuity as people sought creative solutions to resolve the issues our military was facing. But now…we’ve given all the solutions, the factories, the facilities, and the materials to our potential enemies.

It’s also an issue of living standards for the American people. Seventy years ago, American’s were the only ones in the history of the world to produce a larger middle class than poor. Americans didn’t accomplish this through Free Trade but tariffs and an “America First” mentality.

If the question is what is to be done to bring American jobs back to America, then the answer is simple – enact protective tariffs across the board and watch those jobs return to American shores.

America is big enough and powerful enough to do this. It did before and can do it again. What remains to be seen is if the current administration desires to bring those jobs back. If it does, will it be allowed to do so?

Let’s hear your thoughts in the comments.