China Threatens to Withhold ALL MEDICAL EXPORTS: “The United States will fall into the hell” of a Coronavirus Epidemic 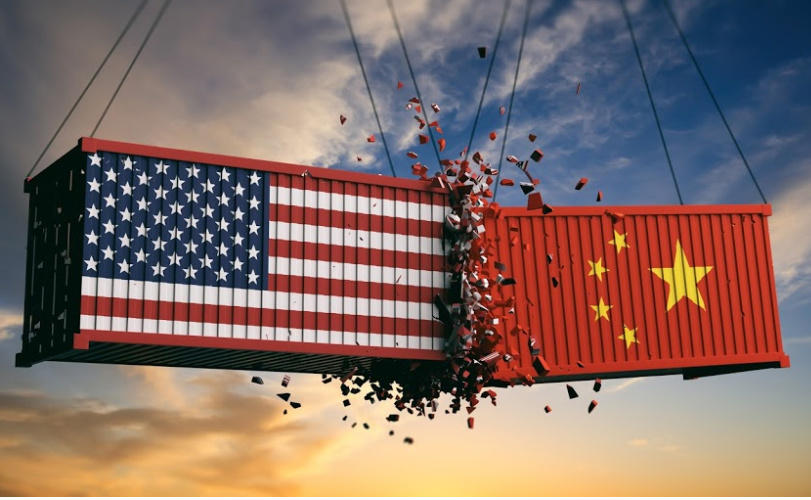 As China allegedly conquers the spread of the Covid-19 outbreak that began in Wuhan, it appears that they’re right back to considering the United States an enemy. On Xiahuanet, the Communist Party news outlet, they threatened to withhold all medical exports to the US, at the same asking for an “apology” from the US and “gratitude” from the rest of the world.

This comes at the most crucial point of an outbreak that originated in their own country.

Why is China angry with the US?

Xinhuanet is the biggest news agency in China, and very “influential.” The outlet is the official state-run press agency, so anything found on the website is straight from the Chinese government. An article titled, “The World Should Thank China,” which was published on March 4, covered the outbreak of Covid-19 in the United States.

The article suggests that the US’s data is suspicious because all cases of coronavirus must be confirmed by the CDC. (I can’t disagree with them that our numbers are questionable.) It shows a photograph of people praying in the White House to underline how “nervous” President Trump is about the virus. (This photo was actually of a meeting that the Vice President had about the rapidly spreading virus, as opposed to the President.)

Xinhuanet goes on to tout the control they have taken over the outbreak, saying that Trump admires their handling of the crisis and that his “remarks came from the bottom of his heart.”

At the same time, Xinhuanet criticized the US’s perceived mistreatment of China, citing the travel ban and the evacuation of American citizens from Wuhan, the heart of the outbreak. This caused, according to Xinhuanet, other countries to also “isolate” China from the rest of the world, causing them economic harm.

A translated version of the article says:

These practices in the United States are very unkind. They can be described as falling into the ground and killing people while they are ill. (source)

And now, if it is to be believed that China has contained the outbreak and they’re back to business as usual, they may want to exact some vengeance for this “unkindness.” (And of course, this remains the question – do they even currently possess the capability to manufacture these medical products or is this all a way to save face because their workforce is decimated and the virus is actually not contained at all?)

How did China threaten the US?

In the article, China suggests that they could easily get even with the United States for their perceived mistreatment of China during the outbreak by cutting off medical supplies while we are in the midst of our own outbreak.

Also according to the US CDC officials, most of the drugs in the United States are imported, and some drugs are imported from Europe. However, Europe also places the production base of these drugs in China, so more than 90% of the US imported drugs are Related to China. The implication is that at this time, as long as China announces that its drugs are as domestic as possible and banned exports, the United States will fall into the hell of the new crown pneumonia epidemic. (source)

In the next paragraph, Xinhuanet basically says, “Nah, don’t worry. We are filled with love.”

However, there is a great love in the world. The Chinese people and the Chinese government have never done so. They have not insulted the United States, nor have they banned the export of masks and medicines to the United States. (source)

Then the article suggests that the United States, if not the entire world, owes China an apology due to our media coverage of the outbreak in Wuhan and comments made about the outbreak by government officials like  Secretary of Commerce Rose, US Secretary of State Pompeo, and US White House Economic Adviser Navarro. They say these officials “gloated” about the coronavirus outbreak and saw it as an opportunity to pull US manufacturing out of China.

The article says that not only should the world apologize to China but that they should thank China because they “made huge sacrifices, paid huge economic costs, and cut off the new crown virus.”

Now we should rightfully say that the United States owes China an apology, and the world owes China a gratitude. Without China ’s huge sacrifice and dedication, it would not be possible to win a precious time window for the world to fight against the new crown pneumonia epidemic. (source)

This seems to be a direct threat against the United States, and it’s one we’ve made possible by becoming reliant on other countries for essential supplies.

The US is far too dependent on China for medical needs.

The United States is extremely dependent on China for medical products. Everything from medical diagnostic equipment to masks to medications is produced in China and then exported to the US for use by our citizens. This puts the US in an extremely fragile situation and at the mercy of China.

Even without China purposefully withholding medications, the United States is already concerned about a disruption in the supply chain since factories have been closed for around two months at this point. How concerned should we be about this? According to a report on Vox, it’s worrisome, particularly if the outbreak becomes widespread in other places that manufacture medications like India.

Drug shortages might not be felt immediately, as many companies stockpile ingredients or supplies to protect against unexpected stoppages, or have redundancies — meaning they rely on factories in different places — built into their supply chains.

And the reality is, with or without the coronavirus, drug shortages are a perennial problem in the United States. But an acute emergency like a virus outbreak, but also a natural disaster or a geopolitical event like a trade war, can threaten to make things worse.

“It does fit a kind of scenario we have worried about in the field for a while now,” Cornelius Clancy, an associate professor of medicine and director of the XOR pathogen lab at the University of Pittsburgh, told me. “It wouldn’t take much to expose the vulnerabilities in the supply chain.” (source)

And the Vox article was talking about shortages as a byproduct of the pandemic. Imagine how bad the shortages would be if China deliberately withheld all medical product exports to the US.

What medical supplies could be affected?

We’re reliant on China for a shocking number of medical supplies and drugs and it puts us in an extremely vulnerable position. In a recent article, I listed some of the things we import from China. That list includes:

If China pulled the plug on these imports, whether maliciously or because they were unable to manufacture them due to the Covid-19 outbreak there, many people in the United States would suffer and even die because of it.

This should be a lesson to the United States.

The US is no longer a nation of producers but a nation of consumers. This could quickly come back and bite us in the rear as we’re seeing right now with empty store shelves across the country and empty ports that mean restocking isn’t going to happen right away.

Our just-in-time merchandising is dangerous. Even something like the trucks halting deliveries in the United States could cause chaos in less than a week. Imagine what could happen if the merchandise never arrived at all.

If our nation learns one lesson from this outbreak, hopefully, it will be the lesson that self-reliant people already know. You can’t count on others to take care of you when the chips are down. You can’t place your essential needs in the hands of others, particularly others with whom we have years of enmity and bickering. For more information about prepping for the pending pandemic, check out this book.

Having our medical imports cut off at any time would be extremely threatening to the well-being of many Americans. But having it occur in the midst of an outbreak that China allowed to start and to spread would be nothing short of catastrophic.

I previously wondered if Wuhan was a sacrificial city in China’s efforts to stop the spread of the virus. But this makes me wonder if they ever intended to stop it all along. As they (allegedly) recover from the Covid-19 outbreak, the US and many other countries are just beginning to fight the spread. Was the sacrifice of Wuhan actually even darker than suspected?

Is it possible that a global spread of a virus that many believe to be bioengineered was the plan all along? Would a country make a virus the first wave of an attack on that would be followed by the withholding of medical supplies?

Out of the multitude of conspiracy theories that have arisen surrounding this virus, at least one part of this comes directly from an official channel in China: the possibility of a retaliatory withholding of medical supplies during the most crucial point of the outbreak in the United States.