Why Alternative News is America’s Last Hope for True Journalism 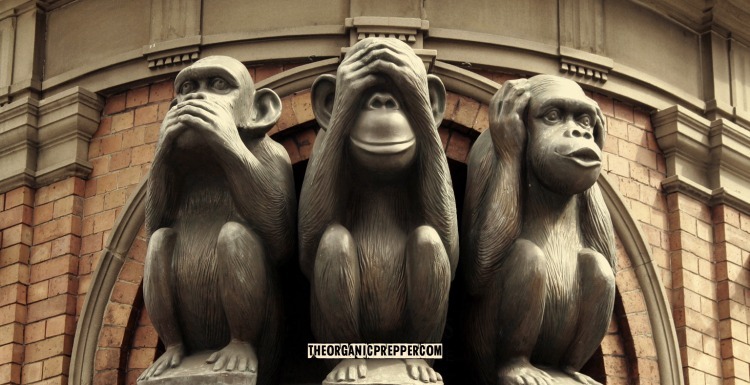 “How can you believe that? I mean, look at your source. It’s an alternative news site. According to my TV, the truth is the polar opposite.”

How often have you heard similar responses from those you try to share the truth of current events? The argument is that your sources can’t be trusted because they don’t fall within the domain of the mainstream media.

As if television is the harbinger of truth, right? (Hear No Evil. See No Evil. Speak No Evil?)

News flash: the era of Walter Cronkite is long gone.

Your TV does lie to you – it is not to be trusted blindly – and to believe otherwise is to be incredibly naïve. You are willingly setting yourself up to fall for every bit of propaganda thrust upon the public by thinking otherwise.

Did Joseph Goebbels teach us nothing?

Propaganda works, and the informed American can discern both what is true and what is not. If you’re willing to drink from a cesspool, don’t be upset when you later discover you’ve been ingesting sewage.

But, can you provide evidence for such a notion?

Does anybody else remember the entire “those white boys are making fun of an Indian!” fiasco? Dagney Taggart wrote the truth about the witch hunt here. [And for more information here’s a source and another source]

Do you recall the Jussie Smollett case?

Have you ever delved into how your local news is reading off of the same script? Here is an incredibly powerful video of Operation Mockingbird:

And what about this whopper…

Then, multiple federal grand juries indicted Avenatti and sentenced him to 30 months in prison for extortion and embezzlement. More criminal trials to come next year in New York and Los Angeles.

Avenatti’s sentencing got a total of 17 seconds — all on ABC.

Is there an agenda at play here?

Here we have a man standing in front of a burning building at a “mostly peaceful” protest.

Moments before the Taliban nearly pistol-whipped her producer, CNN reporter Clarissa Ward said the Taliban seemed friendly. Despite chants of “Death to America.”

Kathryn Murdock, wife of Fox News owner James Murdoch tweeting, “We did it” after the Biden Event.

Speaking of Fox News. Here they are cutting off Press Secretary Kayleigh McEnany after she began discussing election fraud. You can watch it in the video below:

In 2016, Daisy got banned from her Facebook business page after people reported this article as “hate speech” because she posted the full, uncut video after the nicely edited video. (The uncut video was quickly removed from YouTube.)

Last year, Daisy wrote about how SFFN was trying to silence independent sites, like Zero Hedge, by having them defunded. And, of course, we all know about what happened here at The Organic Prepper early this year.

So, who can we trust?

You can undoubtedly think of many other events over the past two years that seem to show something afoot. And that’s why I believe alternative news is America’s last hope of trustworthy journalism. When all other venues silence the truth and professionals are no longer permitted to discuss what they see around them – what other options do we have?

Americans have a long tradition of staying abreast of current events. This thirst for knowledge has helped us guard our freedom against the ever-growing threat of tyranny.

Thomas Jefferson was spot on when he said:

“The natural progress of things is for liberty to yield and government to gain ground.” – Thomas Jefferson

Jefferson also instructed Americans on the importance of a free press.

“Our liberty depends on the freedom of the press, and that cannot be limited without being lost.” – Thomas Jefferson

“I have looked on our present state of liberty as a short-lived possession, unless the mass of the people could be informed to a certain degree.” – Thomas Jefferson

He (along with many others) protected the free press by the inclusion of the First Amendment within the Bill of Rights.

Congress shall make no law respecting an establishment of religion, or prohibiting the free exercise thereof; or abridging the freedom of speech, or of the press; or the right of the people peaceably to assemble, and to petition the Government for a redress of grievances. ~ The First Amendment

Our Founding Fathers fully understood the importance of a well-informed populace.

“Republics and limited monarchies derive their strength and vigor from a popular examination into the action of the magistrates.” – Benjamin Franklin

“The liberty of the press is essential to the security of the state.” – John Adams

Yet when we have a clear and ever-present agenda being forced down American’s throats, what are the end consequences?

In FA Hayek’s fantastic book The Road to Serfdom, he cautions against the dangers of ever-present propaganda. Hayek states it could lead even intelligent people astray with enough time and prevalence.

“If all the sources of current information are effectively under one single control, it is no longer a question of merely persuading the people of this or that. The skillful propagandist then has the power to mold their minds in any direction he chooses, and even the most intelligent and independent people cannot entirely escape that influence if they are long isolated from all other sources of information.” – FA Hayek, The Road to Serfdom

In an American’s search for truth regarding the events of the world, I fully believe that alternative news is the only answer we have left. If you’re on the hunt for accurate alternative news sites, I highly recommend the following:

America needs well-informed citizens. I would argue such is needed now more than ever. Your nation needs you. It needs you to be well informed. And alternative news is the way for you to do so. The only way they can keep providing information is by reader support, as many of these sites are under attack.

Alternative news or mainstream? What are your thoughts?

Are you a mainstream media fan or is alternative the way to go? Do you believe or disbelieve MSM? What are some other examples of  propaganda you have witnessed? Let’s talk about it in the comments section.