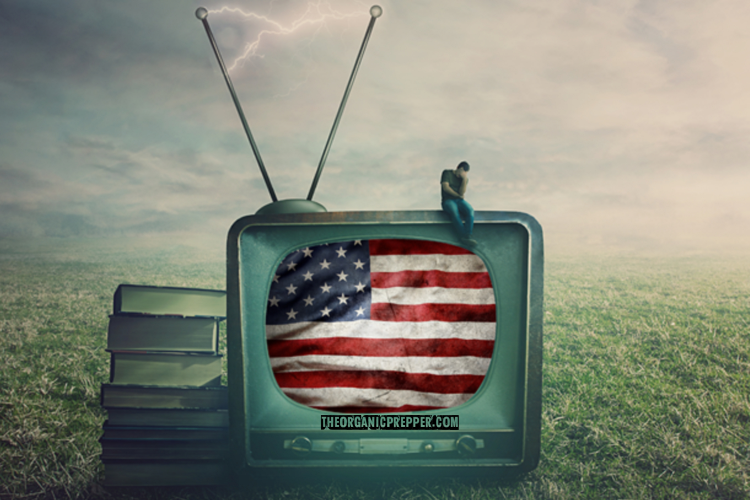 Given the 24/7 hysterical propaganda coming from mainstream media, it is easy to see how Americans are clueless about current events’ true nature, whether it be politics, COVID, or foreign policy.

But, there is some good news.

For the first time, most Americans do not trust the mainstream media

According to PR firm Edelman’s Annual Trust-Barometer, fewer than half of all Americans trust the mainstream media despite the constant propaganda onslaught.

Anyone in journalism or media could have told you long ago this would be the case. The dinosaur knowns as Mainstream Media is dying. Before Google conspired with Zuckerberg and other digital giants to crush alternative media, those alternative outlets competed with and beat MSM.

MSM and Big Tech attempted to put a stop to that revolution, but the damage was done. Alternative media gave a large portion of the American people a glimpse of real journalism, and, ever since, MSM has been slowly withering.

Edelman’s “Trust Barometer” shows that Americans’ trust in the media establishment has now hit an all-time low in 2021, falling three more points to 46 percent. For the first time, that figure has dropped below the 50 percent mark.

Other related information shows that Americans are not happy with journalists or the journalistic profession either. Fifty-six percent of Americans said journalists are “purposely trying to mislead people by saying things they know are false or gross exaggerations.”  Fifty-eight percent agreed that most media outlets were “more concerned with supporting an ideology or political position than informing the public.” This website published an article about how the MSM was goading the public back in 2018.

Strange and not so strange statistics regarding politics and Big Business

With ties to major corporations and particularly Big Oil, Edelman is not “independent.” These connections were quickly called out by many people online, suggesting the general public may be savvier as to who is behind media outlets than they were before.

The one strange statistic that emerged from this poll (possibly due to the polling firm’s connections mentioned) was that out of Government, Media, NGOs, and Big Business, the only group trusted by most Americans was Big Business. One factor that might explain more trust in Big Business than other institutions is the veritable war on the American economy declared by the ruling class due to COVID and climate hysteria.

Axios and other “journalists” who responded to Edelman’s 2021 report have seized upon this nugget of trust in Big Business to call on those CEOs to “visibly embrace the news media” to help corporate media outlets.

“Now it’s time for [CEOs] to use the trust they’ve built up to help rebuild our civic infrastructure,” Axios stated.

Axios also wanted these CEOs to reach out to Trump supporters who generally have a much more favorable view of Big Business than Biden’s base. Some, however, are wondering if this might hurt the businesses more than help MSM.

Axios also realized that media distrust was not only an American issue but a global one. Therefore, it was not merely a “function of Donald Trump’s war on ‘fake news.'” But that didn’t stop the “news” site from blaming the audience for daring to put their faith in the journalistic profession. The site even posted links to help worried journalists recognize if they’ve overplayed their hands in their propaganda pieces.

Note: Trust in companies headquartered in the United States fell four points to another all-time low of 51 percent.

It may be a real eye-opener to many journalists working for mainstream outlets that most of America does not trust them or the corporations they work for. Journalists who are shocked by this seem trapped in their own bubble. After four years of the Russia hoax, “everything is racism” reporting, “largely peaceful” protests immediately turning into “terroristic riots,” Trump supporters know full well they cannot trust MSM.

The wave of censorship that has been ongoing in this country for years should confirm that the mainstream media is running scared. Of course, discerning readers already knew mainstream media was nothing more than propaganda, and that’s why, even after Big Tech tried to crush it, the alternative media still survives.

What news sources do you trust the most?

It can be hard to know what sources to trust. This article can help you identify whether a source is trustworthy or not.

Are there any news sources that you find to be more trustworthy than others? Which are the sources you absolutely do not believe that other people consider reliable? Let’s talk about news and information in the comments.