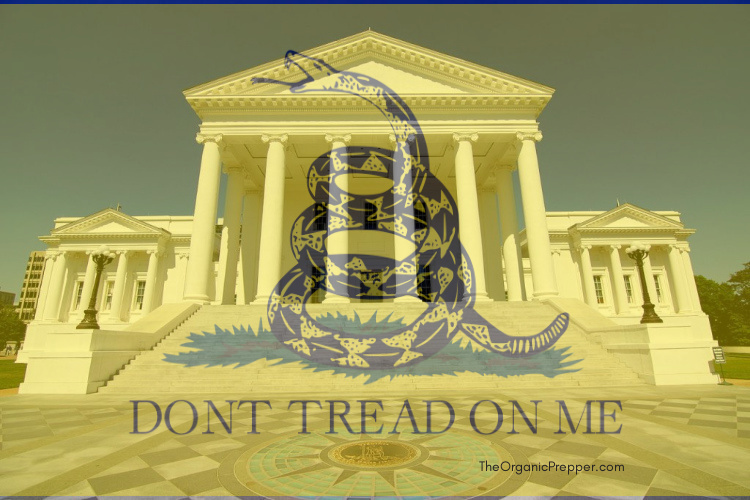 If you thought the law that would effectively ban semi-automatic weapons in Virginia was draconian, just wait. The General Assembly isn’t done trampling the Second Amendment yet. They have lots more potential felonies in store for gun owners.

In a blow not only to gun owners but also to small business owners, HB567 would outlaw many indoor gun ranges that are not owned by the state government. What’s more, the private ranges allowed would have to cater to law enforcement as their primary clientele. And they’re not done yet – the gun ranges would serve as data-collection points.

Here’s the text of the summary. (Emphasis mine)

As used in this section, “indoor shooting range” means any fully enclosed or indoor area or facility designed for the use of rifles, shotguns, pistols, silhouettes, skeet, trap, or black powder or any other similar sport shooting.

It’s interesting that the state government claims to want to make the state safer, but at the same time, they want to close facilities where gun-owners hone their skills, accuracy, education, and safe usage of firearms.

The penalties for breaking this law would be civil, with a fine of up to $100,000 on the first infraction and an additional $5000 per day if the defiance continues.

Making about as much sense as the law that caused the original hullaballoo – the one that would ban weapons that “could” possess extended magazines, even if the owner has no such magazines – HB318 would send anyone in the possession of ammunition to prison for a currently-undetermined amount of time.

I suppose they’re concerned that someone might have ammo in a gun-free zone and throw it really hard, causing a mass casualty incident? This would-be law encompasses more than ammunition. It also includes the possession of stun weapons and knives with metal blades.

Here’s the text of the bill, again, emphasis mine.

A. If any person knowingly possesses any (i) stun weapon as defined in this section; (ii) knife, except a pocket knife having a folding metal blade of less than three inches; or (iii) weapon, including a weapon of like kind, designated in subsection A of § 18.2-308, other than a firearm; or (iv) ammunition for a firearm, as defined in § 18.2-308.2, upon (a) the property of any public, private, or religious elementary, middle, or high school, including buildings and grounds; (b) that portion of any property open to the public and then exclusively used for school-sponsored functions or extracurricular activities while such functions or activities are taking place; or (c) any school bus owned or operated by any such school, he is guilty of a Class 1 misdemeanor.

B. If any person knowingly possesses any firearm designed or intended to expel a projectile by action of an explosion of a combustible material while such person is upon (i) any public, private or religious elementary, middle or high school, including buildings and grounds; (ii) that portion of any property open to the public and then exclusively used for school-sponsored functions or extracurricular activities while such functions or activities are taking place; or (iii) any school bus owned or operated by any such school, he is guilty of a Class 6 felony. (source)

There are a few exemptions that would allow law enforcement officers, former law enforcement officers, and concealed carry permit holders or those who use knives with metal blades in their trades, to have their unloaded weapons locked securely in their trunk while they are in traffic circles and parking lots. However, a regular person who happens to have an extra cartridge floating around the bottom of her purse (who doesn’t?) could potentially become a felon if tried by some over-zealous, anti-2A prosecutor.

Those exceptions would exist initially but at the rate new laws are being proposed, I wouldn’t count on the exceptions on a long-term basis.

You probably recall a member of the state congress’s threats about dispatching the National Guard to confiscate weapons and the Virginia Attorney General’s opinion that sanctuary municipalities have no legal weight.

But that’s not all. Governor Northam is going to be specifically funding gun control efforts with an additional quarter of a million dollars in the newly proposed state budget.

Included in the appropriation for this Item is $250,000 the first year from the general fund for the estimated net increase in the operating cost of adult correctional facilities resulting from the enactment of sentencing legislation as listed below. This amount shall be paid into the Corrections Special Reserve Fund, established pursuant to § 30-19.1:4, Code of Virginia.

1. Allow the removal of firearms from persons who pose substantial risk to themselves or others — $50,000

2. Prohibit the sale, possession, and transport of assault firearms, trigger activators, and silencers — $50,000

3. Increase the penalty for allowing a child to access unsecured firearms — $50,000

4. Prohibit possession of firearms for persons subject to final orders of protection — $50,000

So for those who say, “Nobody is trying to take your guns” the evidence in these proposals clearly disputes this opinion.

91% of the state is staunchly defiant.

Virginians have been defiant in the face of these attacks on the Second Amendment, with Tazewell County going as far as creating an official militia and the sheriff of Culpeper County vowing to deputize thousands of citizens to protect their rights.

Practically the entire state has vowed to protect the rights of gun owners and the movement is still growing, as shown by the map below.

A recent job listing for disarmament officers at the United Nations New York office has many concerned that confiscation efforts could go beyond calling up a National Guard that may be less than enthusiastic about taking away the rights of their friends, family members, and neighbors.

The votes on these gun control bills and budget appropriations will be held in the first couple of months of 2020.

“This is going to be an exciting couple of months,” Gov. Ralph Northam (D) said Monday. (source)

It certainly is, Governor Northam.