The UN Is Hiring English-Speaking DISARMAMENT OFFICERS in New York 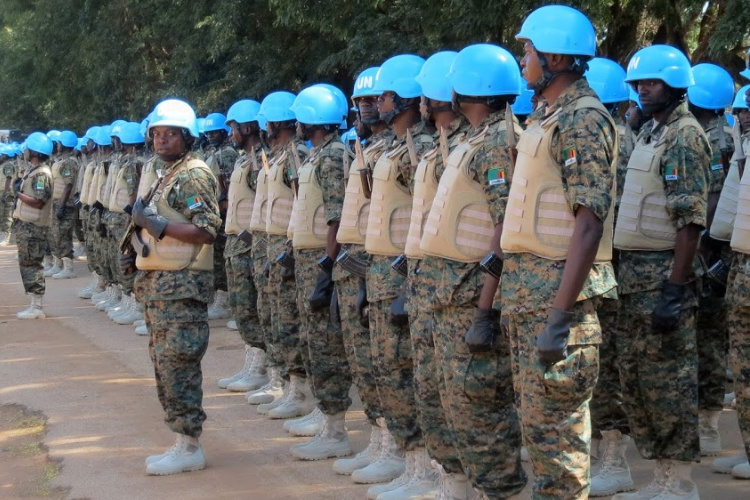 As the Second Amendment conflict heats up across the United States, here’s another “crazy conspiracy theory” that has turned out to be true.

The United Nations is hiring in New York. What positions are they trying to fill?

This job was posted the day after Christmas. So for all the folks who have been saying “nobody is trying to take your guns” you might want to read this job listing and reconsider your opinion.

Is this in response to the Virginia crisis?

You may recall that citizens of Virginia have become outraged recently by new laws that are likely to pass this month, effectively banning all semi-automatic weapons. Sanctuary counties, cities, and municipalities now cover all but the most urban parts of the state. These sanctuaries have vowed to support the Second Amendment and are refusing to enforce unconstitutional gun laws.

In response, a member of the state congress suggested that Governor Northam could call up the National Guard to disarm residents of Virginia despite the wishes of local governments. In response to that, at least one county has formed a militia and others are expected to spring up. The state’s Attorney General says that these sanctuaries carry no legal weight.

Despite the AG’s opinion and threats from the state government, Virginians appear to have no plans to give up their guns or register them. Many members of law enforcement entities and the National Guard have said that they will not act on unconstitutional orders.

One has to wonder if this is why the UN is hiring “disarmament officers?”

What is the job description?

Here are the responsibilities for the new hires, as per the United Nations job listing.

Within delegated authority, the Disarmament, Demobilization and Reintegration Officer will be responsible for the following duties:
• Acts as a Focal Point for Disarmament, Demobilization and Reintegration (DDR) components for two to three missions, responsible for planning, support to implementation and evaluation;
• Participates in DPO and Integrated Task Force planning meetings for the establishment of a new peacekeeping mission with a potential DDR component;
• Provides technical assistance to peace negotiations;
• Participates in technical assessment missions;
• Advises, develops and reviews (as appropriate) initial DDR functional strategy and concept of operations for further development into a full programme by the DDR component and the National DDR Commission;
• Drafts and reviews DDR inputs to SG report, code cables, and talking points;
• Develops initial result-based framework and budget for new DDR components in new mission;
• Liaises with UNDP and donor community to raise voluntary contributions for DDR programmes;
• Presents and/or defends new and subsequent DDR budgetary requirements in the ACABQ and the 5th Committee of the General Assembly;
• Develops staffing structure and terms of reference for a DDR component, including terms of integration with other UN agencies, funds and programmes;
• Provides technical clearance for applicants to DDR units in new and ongoing missions;
• Provides Headquarters support in planning the civilian and military logistics support for DDR;
• Continually reviews DDR programme strategy and implementation through relevant documents, reports and code cables;
• Conducts field missions to assess implementation of established DDR programmes;
• Identifies potential problems and issues to be addressed and suggests remedies to DDR units in the field;
• Liaises with Member States, UN actors and other DDR interested partners to represent the mission’s DDR component at the Headquarters level;
• Establishes and maintains an outreach network with CSOs and IGOs active in the area of DDR.
• Supports the doctrine development work in the area of DDR in the department, with the Inter-Agency Working Group (IAWG) on DDR and other relevant national and international actors working on DDR issues;
• Contributes to Department-level or Policy Committee-level policy development work on DDR and related issues;
• Maintains and further develops the Integrated DDR Standards – a set of inter-agency policies, guidelines and procedures on DDR;
• On behalf of the Chief of the DDR Section, co-chairs the IAWG on DDR, contributes to bringing coherence to the interaction of the UN system and its partners on DDR;
• Supervises the Associate Expert (Junior Professional Officer) in the development and maintenance of the web-based United Nations DDR Resource Centre;
• Liaises with others (UN, regional organisations and Member States) providing DDR.
Other duties as required. (source)

Also notable is the required language fluency – English – and the desired experience.

Seven years of relevant experience in disarmament affairs, political analysis or in national military or paramilitary service, preferably related to the design, implementation or review of DDR. (source)

Employees would answer to the Secretary-General of the United Nations.

As per the UN, here are some specifics about this job description. Of special note:

Disarmament is the collection, documentation, control and disposal of small arms, ammunition, explosives and light and heavy weapons of combatants and often also of the civilian population. Disarmament also includes the development of responsible arms management programmes. (source)

As well, the UN especially wants women to apply for this job, citing gender equality. But is it possible they think that a gun owner might have more ethical difficulty firing on a woman trying to take their weapons than a man?

The US is no longer part of the UN Arms Trade Treaty.

You may recall back in 2013, the United Nations convinced then-Secretary of State John Kerry to sign a treaty that “unequivocally bans arms transfers that are in violation of a U.N. arms embargo or that exporters have reason to know will be used to commit genocide and other grievous war crimes.”

In 2013, the US signed the UN Arms Trade Treaty but that signature was never ratified. Last April, President Trump officially withdrew from the international gun control treaty.

However noble that may sound, anti-gun control activists were concerned this would lead to the UN being able to disarm Americans on US soil.

So why is the UN looking for English-speaking disarmament experts?

Don’t be silly, “no one is coming to take your guns.”

How many times has someone told you not to worry – that nobody is coming to take your guns away? That all they want is “common-sense gun laws?”

In light of the current political climate and this job listing, I’d say that is an outright a lie.

What do you think about this job listing? Alarming or not? Please share your thoughts in the comments.