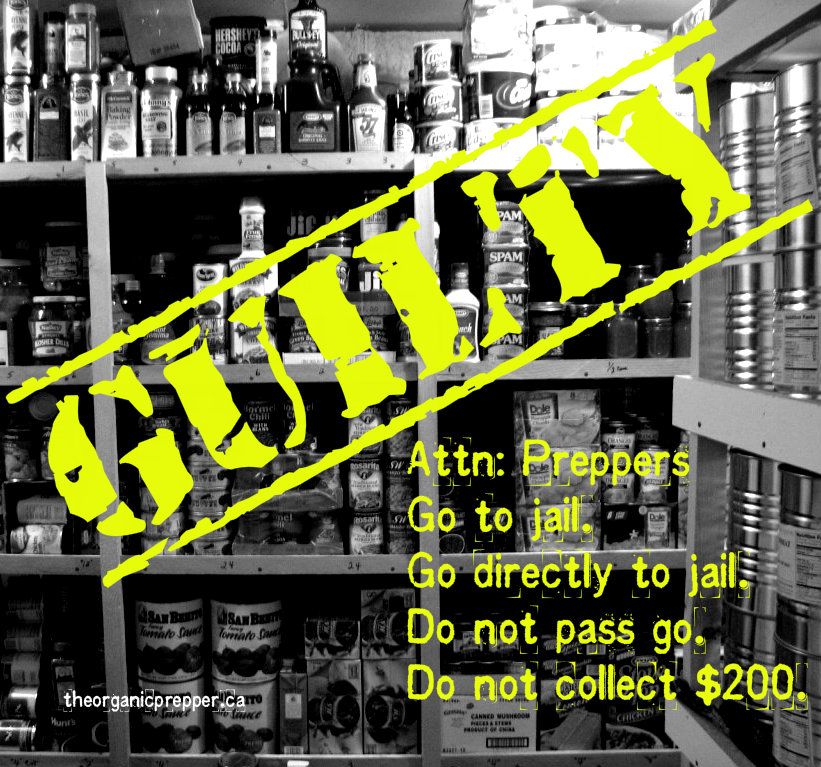 As people who spend a lot of time focusing on preparedness, we can learn a lot about our future by watching as the economies and civilizations of other Western countries crumble.

Today’s lesson is that when times get tough, the government can and will persecute those who have planned ahead.

The Attorney General of Venezuela, Luisa Ortega Díaz, called on prosecutors to target people who are “hoarding” basic staples with serious sanctions.

She called on prosecutors to seek their detention.

The attorney general called on people to remain calm, not to fall for provocations, and not to be afraid of the “alleged” food shortage.

Based on the figures provided by the Central Bank of Venezuela, shortage hit 20% in August; in other words, 20 out 100 items are missing from the shelves.

According to a press release, the Attorney General Office has designated an ad hoc group of prosecutors to work nationwide with other authorities and cope with the threats against food security and, consequently, against the State. (source)

So basically, the Venezuelan government intends to treat those who prepared ahead of time like domestic terrorists…sound familiar?

Argentine President Cristina Kirchner responded to her country’s sky-rocketing inflation rates by freezing prices on food, a move Forbes magazine says will soon lead to widespread corruption in the business community and government.

In Venezuela, where President Hugo Chavez has attempted to control all aspects of his country’s economy, price freezes instituted on essential goods like diapers and cleaning products over a year ago failed to curb soaring inflation which registered at over 22% last year. In response, with their quiver out of arrows, the Venezuelan government announced today that they are devaluing their national currency, the Bolivar, by over a third. The announcement had the immediate impact of increasing the price for a US dollar in Bolivar by nearly 50%. (source)

The game pieces have already been moved into place to ban “hoarding” in America.  In 2012, President Obama signed an executive order that gives the federal government authority over every resource and infrastructure element in the United States.  Mac Slavo of SHTFplan warns:

It should be clear from the laws that are already in effect that the government has given itself a legal pretext for confiscating anything they so choose in the midst of an emergency.

Should an emergency befall the United States, the military, national guard, and local police operating under orders from the Department of Homeland Security will have carte blanche to do as they please.

In a widespread emergency where supply lines have been threatened and millions of Americans are without essential resources because they failed to prepare, the government will swoop in and attempt to take complete control.

They will enter our homes and search them without a warrant. They will confiscate contraband. And they will take any ‘excessive resources’ that you may have accumulated. This includes food, toiletries, precious metals and anything else emergency planners and officials deem to be a scarce material. (source)

The Importance of OPSEC

By all means, don’t stop preparing.  But be aware that everything you do online leaves a trail. Every purchase you make that is not a cash transaction can be traced right to your doorstep.  It is vital to practice OPSEC (Operational Security) by keeping your preparedness related activities on the down low.  Preparedness and self-sufficiency author Tess Pennington warns that in a crisis situation, things you said months or years ago could come back to haunt you.

Time is short.  Our economy is collapsing before our very eyes.  We’ve been blatantly warned about the potential for total grid failure. If you aren’t prepared, there is little time left.  Maintain your freedom by becoming self sufficient. Get started now to put together a one year food supply – but be discreet because you just don’t know when that supply may make you an outlaw.

The following links are to articles on OPSEC: