Is There a Shortwave Propaganda War Going On? 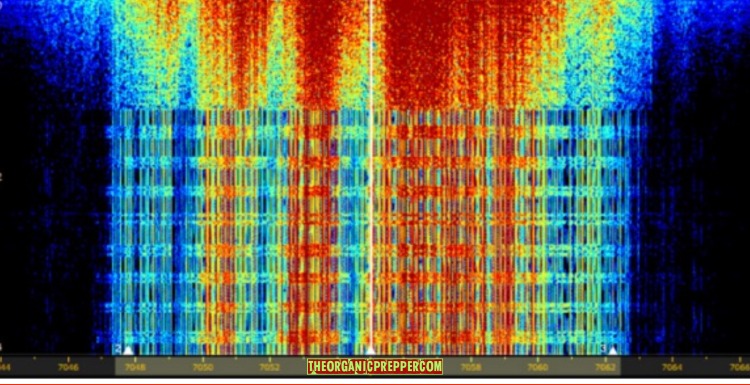 I won’t get into whether or not VOA is trustworthy or not, because, frankly, I don’t listen to it enough to feel that I can give a fair statement to that. I will say that a lot of the Left were upset with VOA about four years ago if that tells you anything, but, again, this is a mainstream media source. Take that for what it is.

After turning through the shortwave spectrum a bit, I finally picked up a broadcast I initially thought was one of the two – either the BBC or VOA. I figured it was the BBC as it was a British accent I was hearing. (It soon switched to native Chinese speakers.) The longer I listened, though, it soon became apparent that I was listening to China Radio International (CRI).

China Radio International is Beijing’s version of VOA. It’s a state-sponsored “news” program, updating its listeners on current events with a Chinese twist. There was quite a bit of talk about Shanghai as I was listening going on.

The ability to pick up Chinese broadcasts here in the United States shouldn’t really surprise anyone. That’s the way shortwave radio works – it travels internationally. I had a nearby copy of the World Radio TV Handbook nearby, though, and began to look at the listings of what frequencies were used for VOA and what frequencies are used for CRI.

The World Radio TV Handbook is the definitive guide to looking up shortwave radio broadcasts. I don’t just recommend picking up a shortwave radio – I also recommend picking up this guidebook. It’s the modern version of the TV Guides your grandma used to keep scattered throughout the living room. Known as the WRTH, this helps you to know not only what it is that you’re currently listening to, but it allows you to look up broadcasts that may be of interest to you. (Coincidentally, this is the last year that the WRTH will be published, so I would recommend picking up a copy sooner rather than later.)

Here is what I noticed, and I thought you might find it interesting.

A total of 40 frequencies that VOA uses to broadcast its message are also used by CRI. This means that a full third of VOA frequencies are also CRI frequencies.

Seeing that CRI has double the frequencies as VOA, this makes it so that only 15% or so of CRI frequencies are also utilized by the VOA.

Where this gets interesting is when you start to think about finding a VOA broadcast. If you’re looking for a VOA broadcast, there is approximately a 30% chance that you’ll pick up a Chinese broadcast instead. Yes, I understand that there are a lot of other factors at play with one’s ability to pick up shortwave broadcasts, but if we’re simply looking at the number of frequencies used, it means that a Taiwanese civilian who is looking for news from an American perspective may very well be unable to do so because they only frequencies they can access at the time are the Chinese news broadcasts.

(Make sure you check out our free QUICKSTART Guide to emergency evacuations today. Open it up in a new tab!)

Is this just a coincidence?

I don’t think so at all. The shortwave radio spectrum is typically stated to be from 2000 kHz to 30000 kHz. With that large of a swath of the radio spectrum to choose from, is it sheer coincidence that 30% of American shortwave radio broadcasts would also be exactly the same as perhaps the largest enemy that America currently has?

According to my count, here are the frequencies that both CRI and VOA hold in common (all are in kHz):

Here are my thoughts.

The way radio jamming works is that the stronger signal wins. We’ve talked about the Russian Buzzer briefly in the past here and how it was thought that Ukraine (and perhaps civilians as well) was jamming it. The Buzzer signal has been overridden quite a bit of late with saying such as “Stop The War” being spelled out when one looks at the waterfall display (a picture version of radio frequencies) of The Buzzer’s transmission.

Islands in the Pacific are much closer to China than they are to America. If China is putting out a much more powerful signal than America within that region, it is the Chinese signal that is going to be picked up. If a group of people in Japan or the Philippines is trying to pick up VOA, they very well may not be able to do so because the Chinese signal is stronger, and thus, the Chinese signal is what’s going to be playing through their radio. These people will then be unable to get access to the information they’re looking for as it’s effectively been drowned out.

Though there’s nothing illegal about this, the end results are the silencing of American media throughout the Pacific.

(I want ya’ll to know how proud I am of that pun.) Just a random happening I literally stumbled upon last night I thought you might find of interest. What are your thoughts? Do you have more to add here? Let us know in the comments below.