SELCO: This Is a Time of Massive Change and the Direction We’re Going Is Not Good 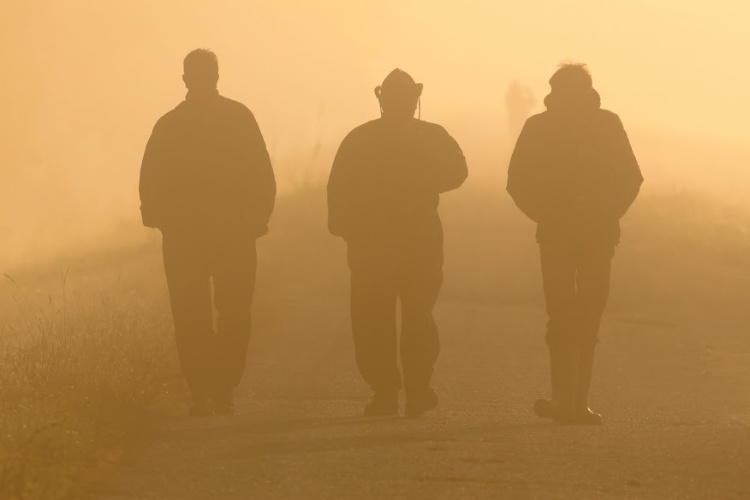 Where are we now?

We are living in a world where fear controls us, or is trying to control us. If we take out all the facts and guesses about the severity of this illness, all that left is fear, and we are being driven to act by that fear.

Among all the fears (fear for health, job, security…) the fear of the unknown ( future) is the greatest and most dangerous.

We as preppers should live and act by the premise of an unknown future.

But when that premise goes worldwide and when common people start to fear from an unknown future, the whole picture can be different.

This whole situation could go in many different directions, but the most probable direction where it will go is not nice. We might be living in times of massive changes.

The individual is nothing

In the name of health, safety, and security, an individual person becomes irrelevant. You or me alone are irrelevant if we are portrayed as, for example, a health hazard or risk for the community. Our rights basically cease to exist.

If you are portrayed as, let’s say, a terrorist, your rights no longer exist.

Not only will you lose your rights, but you will be publicly portrayed as a threat. You will be described in a way that your own neighbors will hunt you down like a rabid animal and then turn you in if you survive.

But the point here is who decides who is terrorist or a health risk, and who controls the people who make those decisions.

We are living in times when all that gets blurred together and rushed in the name of security. Or in this latest situation, in the name of public health.

I have seen people get quarantined for 28 days in tents without proper food, hygiene, or anything similar just because someone told authorities they are suspicious and may have the virus. People being separated from their families based on an assumption made from some guy who does not know sh*t about medicine and then being put into those tents for weeks.

And yes, it is unconstitutional of course, but nobody cares.

It is an example only, but in times of great fear, a lot of things that used to be unimaginable become real so easily.

Great leaders (on a higher level)

Every hard time has (and had) leaders. Sometimes the whole system works in a way that leaders are not so important. Sometimes great figures emerged in hard times and carry the whole “spirit” of the nations in a good direction.

They emerged many times trough the world history, “strong leaders” who led their nations through the hard times in a manipulative way. They channeled their feelings in order to achieve their own dreams or agendas. They turned their dream into what they thought was the “national dream”.

Adolph Hitler led his nation (very simplified) from the times of national disaster, huge unemployment, public shame, and general disappointment to the moments where under his leadership, a majority of his country approved of the extermination of whole nations, by willingly doing it or closing their eyes to it.

This particular example is way too big and complicated for me to explain it, but the point here is that you cannot underestimate the fact that desperate people can be led in wrong directions (by manipulation) in a pretty easy way.
Common folks can do a lot of unimaginable things when there is the right combination of a “real leader,” fear, and desperate times.

You (on a personal level)

I advocate (just like always) that much more attention be paid to your own “local” level, or small circle, but do not get me wrong, it pays off to be aware of the bigger picture or in time, you might wake up one morning in a society that looks like something from an Orwell book.

On a local or personal level, there are a lot of changes that are noticeable among people in the last few months.
It is more worrying actually that those changes are also noticeable among a lot of people who should be more ready because they are preppers or survivalists:

A picture is better than a thousand words, so I am using it here. 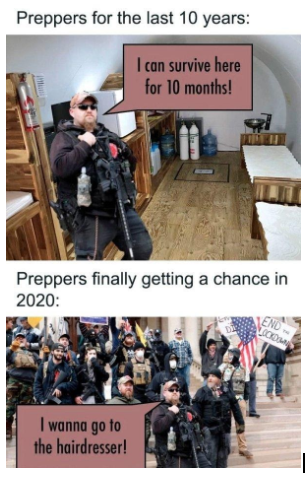 This latest situation came as a huge shock to many preppers too, and in reality, it should not be so huge a shock. It is something that you as a prepper have been preparing for over the course of many years.

It was a huge shock for some of you probably for several reasons, and all those reasons are known and mentioned many times, but yes, it is different when you live it for real. The important thing to understand here, that all of this (no matter how hard it was, and still is) is nothing, compared to the situation that might come after this.

We are only starting to realize a whole bunch of repercussions of all this (economically) worldwide, and nobody is even sure how hard it might be, and where it can lead.

What I would like to emphasize here, in this article (again) are the things that might become very important in the next period: