SELCO: “The Situation Is Bad. The Lives We Used to Have May Be Gone. Accept It.” 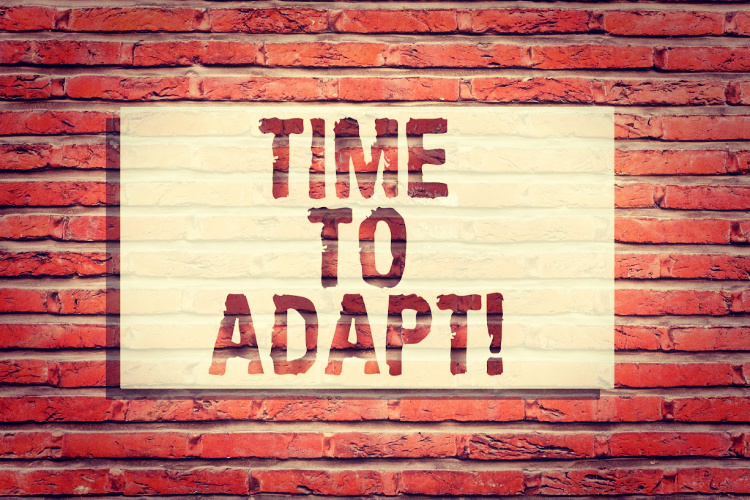 Editor’s Note: Shortly after Selco wrote this article, a state of emergency was declared in Bosnia, which in Balkan terms means that martial law has been established. It looks like the SHTF again for him. The borders are closed and any essential workers must go to work even if it means exposing themselves to the virus. If you would like to help Selco you can do so by purchasing one of his products or sending a direct donation. I’m sending the money to him for online product sales on a daily basis. Supplies there in Bosnia are becoming limited quickly.

He told me this morning he plans to keep writing and sharing the situation with us for as long as he is able to do so. He has given our community so much. I hope we can give something back to him. ~ Daisy

“People are going nuts,” you may hear or even say yourself. Yes, people truly “going nuts” over this, everywhere. Period.

Now, I will try to put this as gently as possible, and politely too, so I’ll just say, “FFS get your shit together!”

Of course, the situation is bad. But let’s just go back to the beginning and try to understand what we are probably having here. This is my view of the whole thing, and no I am not a medical expert, or economical expert or clairvoyant… I am an average person like most of you.

So let’s assess a few things.

What do we know?

Well, thanks to the availability of media to us in today’s world, we kinda know everything, but at the same time, we do not know anything for sure.

What do we do when we “know” everything but in essence when we do not know anything for sure?

I see here one pattern of fears, that I mention over and over again – it is the inability to maintain the life we had, and worrying and panicking about it, losing our peace because of it.

There should be acceptance of the possibility that simply that the time and day have come when our lives are not gonna be like we use to have.

The day has come when we realize that all those things might be gone. Gone for some period of time, shorter or longer. Or very long, nobody knows.

Realizing all of that can be a devastating blow, I know. It can be hard to believe it is true. It is normal.

All your stashes can not mentally prepare you for it, and as much as you have (physically) you’re still gonna need to adapt to the fact that your old way of life will be gone for some period of time. In the best case for a short period of time.

Accept it. Suck it up. Move on.

What will happen now?

It appears it will be pretty bad, and as far as I can understand it, there are few options for most of the societies. All ways of handling this outbreak have their own pros and cons.

If society (the system) goes hard with quarantines and closing everything over the virus, the economy will crumble.

If society goes mild to maintain the economy, it can backfire and go really bad during a contagion.

So most of the systems around the world are choosing middle ways. That is the reason probably why it looks like in many places that the “official response” is not tough enough.

It can be really tough and bring the economy to stone age maybe.

So… I think there is a constant battle about what to do because of that when it comes to the government’s “response”.

But be sure that in any case and any response, life and economy after this will be absolutely going down. Wherever we are, we will live in different and worse conditions when all this ends.

“The medical staff in the worst regions are choosing who will live and who will die! How that is possible?”

Lines like this I have read in several comments and places about the situations in hospitals in regions where this thing hit really hard.

Folks, it is triage. It is a situation where and when you have many more victims to take care of, many more, than resources that you have on hand.

So, as a result, you choose to treat those who have a better chance to survive.

It happens in wars, in earthquakes, in mass casualties incidents… It happens even in very bad car accidents when the team on-site needs to take care of multiple victims.

It is real life.

Yes, as a result, if this thing hit really hard, and you are a 75-year-old diabetic, needing respirator among a whole bunch of other people who need it, the chances are high that you will simply left to die. It does not have anything with you, your rights, religion, freedoms, or political opinion.

It is about the fact that no system in the world can cope with large scale events like this one if it hits really hard like we see it in Italy.

It is a real, cold fact of life.

So, what can you do?

Nothing in many cases.

Except you are a prepper, so you can do things in order not to find yourself in that moment and place where you will not be chosen to be placed on a respirator in the ICU.

Panic is not one of those things.

I mentioned a few times, that people here when times get rough, or when something unexpected happens, they usually go and fill the water barrel in their apartments, or fill the bathtub, or check if they have enough water containers.

Do not go and argue with folks that it is a conspiracy theory, a pharmaceutical con, or the end of the world. Go and do what can you do to the best of your abilities about the things that are going to be of life importance – fill your water barrel.

So-“fill your water barrel” wherever you are.

Life will go on after this ends, however it ends. It can take some time to bring things (the system) back. Maybe a month, or several months, or even years. But that does not mean too much to you if you are already dead.

I do not have magical advice for you, especially if you are a prepper and have all things covered. I only have the advice that you need to calm down and wait it out.

I know from my experience that huge numbers of mistakes are made and a lot of lives are lost in that period of time when people are coping to accept the new reality. Because they are kinda refusing to accept it, they make mistakes, they panic.

No, I do not think this is the new plague that will kill us all. But yes, a lot of people will die it is clear. This is a game changer. We are gonna have a hard time repairing the damage to our societies.

We are gonna feel the results of this for years.