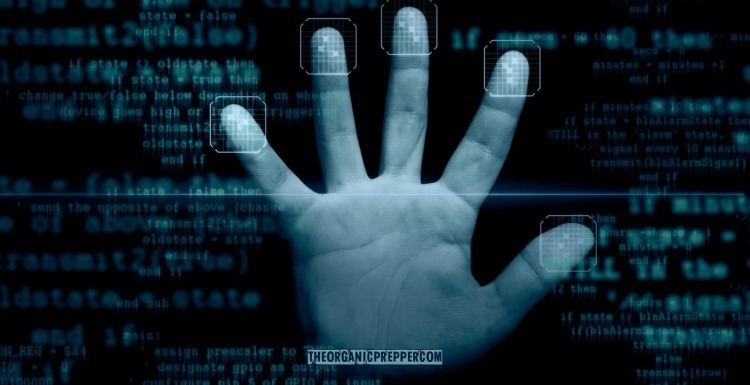 Looks like the folks at Amazon have taken up palm reading with the recent rollout of Amazon One, a pay-by-palm technology.

Don’t like the idea of having to touch “dirty” cash or handing your credit card to a cashier who has handled thousands of other credit cards that day? Maybe you don’t like having to carry around a wallet or a purse. Well, then perhaps Amazon One is the solution for you.

Unveiled back in 2020 in its Seattle hometown, Amazon’s palm scanning payment method is gradually gaining steam as the concept takes root on American soil.

How does pay-by-palm scanning work?

Nobody else on earth has the same palm print as you do. Not only are the ridges and wrinkles of your palms individually tailored to you, but so are the veins in your hands and fingers. Amazon’s new pay-by-palm technology detects your skin topography and is also able to detect the vein patterns of your hands. [source]

Amazon customers can then upload their palmprints to Amazon’s servers to link their palmprints to their Amazon account, and by extension, their bank accounts. Now, instead of having to take the time to count out your cash and receive change when you head to the register – instead of using a credit card to pay – all you have to do at select locations is scan your palm at the appropriate station. Forget a mere cashless society. You won’t even need a card in Amazon’s new world.

Amazon believes people will be excited about this particular feature. In 2020, when Amazon first unveiled the technology, Amazon said the contactless nature of the payment was something they thought “customers will really appreciate, especially in current times.” [source]

Currently, six Amazon stores in New York City and 47 other stores throughout the US utilize pay-by-palm scans as an alternative form of payment. [source] Whole Foods is also a new testing ground for the feature. [source]

Amazon is offering a sign up incentive of a $10 in-store credit voucher to those who opt to scan their palms into the system. [source] But, do you really want to give up your privacy for a $10 credit and a bit of convenience? Using biometrics to pay for purchases reveals far more than one may realize. An article on The Conversation points out the psychology behind reward incentives. The author states many people claim to care about their privacy yet all it takes is the promise of reward for them to give it all up. The article also offers this:

… your biometrics don’t just confirm your identity, they are more revealing than that. They say something very clearly about ethnicity and age, but may also unknowingly reveal information about disability or even mood (in the example of, say, a voice biometric).

Biometric analysis can be done without permission (state regulations permitting) and, in some cases, at scale. China leads the way in the use of face recognition to identify individuals in a crowd, even when wearing masks. Exchanging a palm print for the equivalent of a free book may seem like a vastly different thing, but it is the thin end of the biometric wedge. [source]

News of Amazon’s new pay-by-palm technology reminds one of Bill Gates’ quantum dot tattoos released back in 2019. Quantum dot tattoos utilize embedded ink alongside a vaccine and can only be seen with a smartphone camera app. [source]

Interesting technologies, wouldn’t you say? First, an invisible tattoo keeps an effective register of who has received certain vaccinations and who has not. Next, you have the means to pay with only your palm. Add the fact that people are already being denied access to essential goods and services for not having particular medical papers.

Already, Lapu-Lapu in the Philippines is refusing grocery store access to those without said papers. [source] It appears as if France is doing the same. And now here within the US –the land of the free – you have men like CNN anchor Don Lemon spouting on TV that particular Americans should be barred from shopping for their groceries.

This all sounds like a recipe for a rather nightmarish scenario.

What happens when these technologies are combined?

This also brings to mind the microchips we’ve all been warning about for years. Is the next step that we will see quantum dot tattoos used for the digital record of papers? Without having the tattoo – perhaps on the back of your hand – would your palm scan even work? Would you be allowed to buy groceries?

Perhaps the forehead would be used as a tattoo or microchip site. The world is full of people conditioned to have their forehead scanned with a thermometer whenever they enter a building. It wouldn’t be that much different from having one’s forehead scanned to process a payment now, would it?

Combining these technologies could very easily lead to a global society that bans people from purchasing anything should they not submit to the mandates of those in positions of power. Basically, no tattoo, microchip, or mark = no food, no medicine, no ER admittance for you or your family.

Is yet another form of segregation in our future?

We could soon see a world in which those without the required “proof” would be treated as second-class citizens. A new form of empowered medical segregation could quickly spawn. How convenient to tie in proof of vaccination with your payment method.

Keep your eyes on this technology. It’s this author’s opinion that you’re only going to see much more of it in the future. I would also like to state that one should never accept such a mark when it comes. Go underground, barter, garden, raise livestock, forage. But under no circumstance should you submit to any system that requires a mark on your hand or forehead to engage in commerce.

What do you think about pay-by-palm technology?

Would you ever get your palm scan linked to your bank account for making payments? Do you think this is simply an innocent convenience or part of a bigger plan? Share your thoughts in the comments.

Aden Tate has a master’s in public health and is a regular contributor to PewPewTactical.com, SurvivalBlog.com, SHTFBlog.com, ApartmentPrepper.com, HomesteadAndPrepper.com, and PrepperPress.com. Along with being a freelance writer he also works part-time as a locksmith. Aden raises dairy goats, a pig, honeybees, meat chickens, laying chickens, tomatoes, mushrooms, and greens. Aden has two published books, The Faithful Prepper and Zombie Choices. You can find his podcast The Last American at Preppers’ Broadcasting Network.