Sanitation in the City: What To Do When the Toilet Won’t Flush

Did you ever stop to put some thought into the flushing power of your toilet?

It’s one of those things we in modern society take for granted. We use the restroom, then we flush, wash our hands, and forget it.

But during extreme scenarios, this isn’t always so easy. When researching my book, The Prepper’s Water Survival Guide, I spent a lot of time reading about water, sanitation, and waterborne illness. These issues are all closely linked, and it’s vital to find solutions.

If you’re on a septic system, you have a safe place for your waste to go during most types of disasters, assuming you have additional water on hand for flushing.

But, in the city, on a public sewer system, there exists the possibility that a situation could arise during which flushing is not an option. Do you remember during the aftermath of Superstorm Sandy when residents of high-rise apartment buildings couldn’t flush because the city water system was down?  There were numerous reports that people were so desperate that they were defecating in the hallways.  They quoted a resident of a senior apartment complex, Anna Hay, who said, “They can’t go upstairs to go to the bathrooms. Where are they going to go? They’re walking all around for a place to go. There’s nowhere to go in this area.” (source)

With some very small and inexpensive preparations, it doesn’t have to come down to that. Just having a portable toilet is not enough for good hygiene and safety. If you live in an urban area, going outside to do your business may not an option. You have to figure out a way to take care of this, indoors, while maintaining the health of your environment.

As a former city prepper, I’ve been through a few situations during which our toilets were inoperable due to a local disaster. Luckily, I had the supplies on hand to create a kitty litter box for people, so my children and I were able to stay in the safety of our home without risking illness due to poor sanitation.

How to Make a Kitty Litter Potty

Here’s all you need to make a litter box for people:

Hopefully, you realized you weren’t going to be able to flush before using your toilet. If there is waste sitting in your toilet, you’re going to need to get rid of it. Not fun, I know, but if it sits there for several days, it’s going to smell terrible, even with the lid down. To get rid of it, you’ll need to have a bag set up with a bit of kitty litter in it. Then, use a cheap dollar store utensil like a slotted spoon to fish out the poop. Try not to hurl, because that’s just something else you’ll have to dispose of. Get rid of the slotted spoon because you will NEVER want to stir beans with that one again. You’d have flashbacks.

Now that this is out of the way, you have two options. You can line your toilet and continue to use it following the directions below, or you can switch to the luggable loo, which is basically just a 5-gallon bucket equipped with a toilet seat and a lid. The process is the same for either one.

If you’re using your toilet, turn the water off to the tank. (The knob for this should be on the wall at the back of it.)

Line the toilet with a garbage bag. Let me repeat: DO NOT GO CHEAP ON THE GARBAGE BAGS!  You want to use the best ones you can get your hands on. The ones for contractors are designed to carry very heavy loads. (There’s a horrible pun that I’m resisting making right now.)  The last thing you want is for a bag full of human waste to break as you are carrying it out of your house.  Put the bag in the bowl, then pull the top of the bag down over the edges of the toilet. Put the seat down to hold the bag into place.

If you’re using the Loo, line it with a garbage bag.  Same as above, put the bag into the bucket, then pull the top edges down the side of the bucket. Put the seat down to hold the bag into place.

From here, the steps are the same.

Put a handful of kitty litter into the bottom of the bag to start off. Although I don’t usually like scented products, this is an extreme scenario. Trust me, you want scent. Put the bucket of kitty litter beside the toilet and put a scoop in it (about a 1 cup scoop)

Now you can use the bathroom. When someone has to go, they should do their business then toss a little bit of kitty litter on top of it.  Don’t go crazy – just a cup of litter should do the trick. Remember, it’s designed to cover the smell of poop. Put the lid down on the toilet or loo after you use it.

Don’t let it get too heavy before taking it outside.  For the love of all things cute and fluffy, watch the weight of your human litter. It will soak up urine and become heavy clumps of clay. (Anyone who has ever changed a litter box knows how heavy it can get.)  Remove the bag and discard it outside before it becomes a) too heavy to handle or b) heavy enough to cause the bag to break. If you’re using good quality garbage bags, “a” is more likely than “b”.  Most likely, you’ll need to take the bag out once per day. It could be more if you have a large family or if someone is ill and making abundant use of the potty.

This is obviously not a solution for a very long-term situation, because you would have to dispose of the bags of poop. However, in a shorter term scenario, you should be able to load the bags into a garbage can outside and deal with them when services are restored.

Be certain to wash your hands well after dealing with human waste. Although I’m not usually a fan of hand sanitizer, in these kinds of situations, I strongly suggest the use of it. Your family could become extremely ill if good hand hygiene and waste management techniques are not practiced. 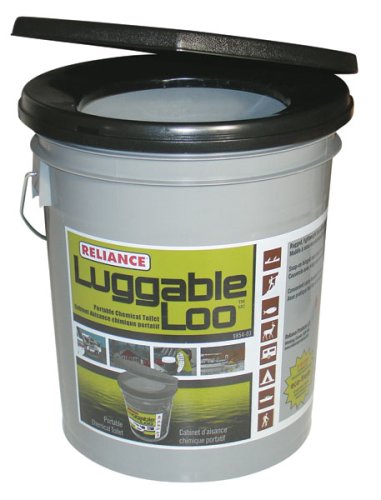 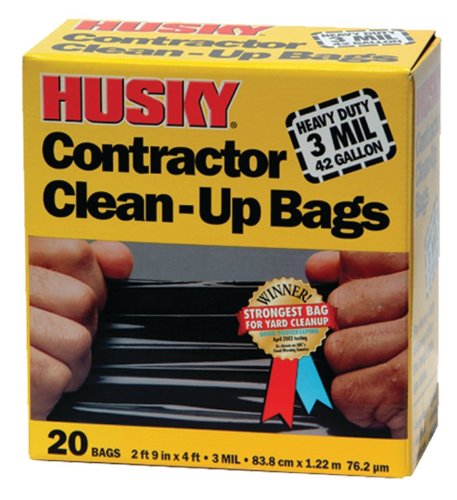 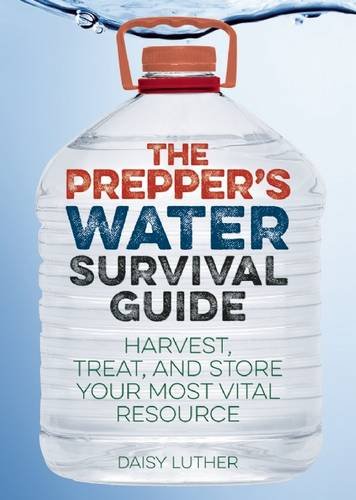 The Prepper’s Water Survival Guide: Harvest, Treat, and Store Your Most Vital Resource

If You Think Covid Decimated Society, Imagine What a WORSE Pandemic Would Do (VIDEO)

5 Essential Homestead Machines to Have When the SHTF