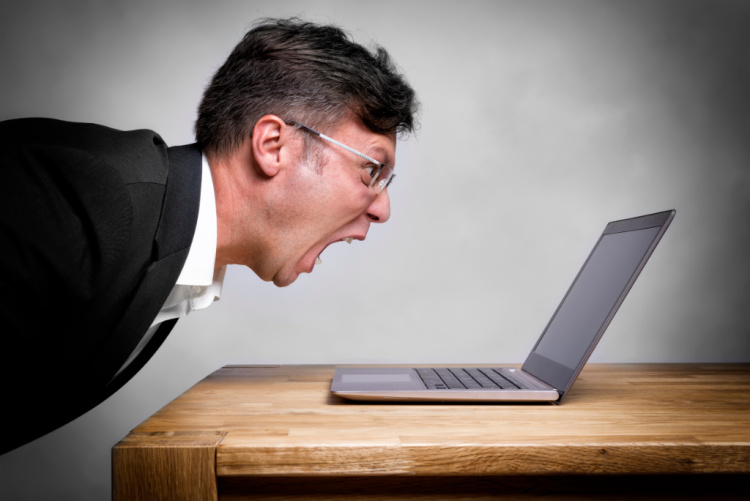 After years of being censored on Facebook and Twitter, conservatives, libertarians, and other fans of free speech are making a mass exodus to new platforms. One that has really taken off since the election is Parler, which has been the most downloaded app in the country over the past two weeks.

Unsurprisingly, the mainstream media and left-wing extremists are outraged. How dare the people who have been censored, deplatformed, and shut down on their social media sites move to a site that promises not to treat them like pariahs? (By the way, you can find me on Parler here: @daisyluther ) They go as far as to say it’s a “threat to democracy” because libertarians and conservatives get to post.

I mean, seriously, we can’t be letting conservatives and libertarians post their opinions all willy-nilly, right? What will happen without the “fact-checkers?”

Why on earth WOULDN’T people go to a different network?

Personally, I haven’t had access to my own Facebook pages for more than a year and won’t unless I send them photos of my passport, a utility bill, and other identifying information – because they didn’t think my driver’s license was sufficient. As well, I voluntarily archived my thriving preparedness groups because of the threat of losing both my groups, my own personal account, and the accounts of all my moderators if we let through a post of which Facebook disapproved. I wrote more about it here.

And remember when Twitter shut down Zero Hedge’s account for posting something about the coronavirus they deemed as misinformation that was later proven to be true? And how they put warnings on nearly anything the President posts? And how conservative and libertarian websites are being demonetized?

I invite you to try posting anything on standard social media that questions vaccines, the outcome of the election, the COVID lockdowns, or is pro-gun. I’ll see you in Facebook jail.

Everyone who is leaving is a crazy racist.

To hear the MSM talk about it, everyone over there has a “bunker mentality”, they’re joyously engaging in racism and hate speech, and they just want an echo chamber. It’s “not good for the country,” according to commentators on CNN.

“There’s this new social media app called Parler getting a lot of attention, because conservatives are leaving, saying they’re leaving Twitter and Facebook, going of to Parler, because they believe Parler is a safer space for them. What we’re seeing is even more of a bunker mentality in right-wing media. And ultimately that’s not good for the country.”

“No it’s not good, it’s a threat to democracy,” Pamela Brown replied, “that these people are in echo chambers and they’re getting fed a diet of lies essentially.” (source)

Incidentally, sweeping generalizations aside, there are a lot of folks over there (like me) who are not politically conservative.

CNN is not alone in their hysteria about the social media outlet. Here’s what the mainstream media is saying about Parler and the folks using it. Yes, the irony over their outrage is palpable. And yes, it does seem like they’re trying to further divide the country. Be sure to like the video and subscribe to the channel – it’s a great show with timely subject matter. (Warning: Some harsh language)

For those of you new to Parler:

If you ask questions on those videos, I’m sure you’ll get an answer.

Things to remember about social media

For those who want free speech that is not left-leaning, Parler definitely seems like a better option than the Big Tech monoliths. However, there are a few things to remember.

With these caveats in mind, I’ll see you over there if you are a social media person. Find me @daisyluther on Parler and please consider checking out our forum, here, for more in-depth preparedness discussions.

UPDATED TO ADD: Yes, there is a place where it asks you to upload your ID. YOU DO NOT HAVE TO SHOW YOUR ID TO USE THE SERVICE.

This is a verification process that puts a little badge on your profile photo confirming that you are who you say you are. I opted to do so because I promote my business on Parler and I don’t want some person on there pretending to be me and sharing information using my name and likeness. If you are a casual user, you don’t need to do this. Heck, even if you’re a business user, you don’t have to do this. You can still use the service without being verified. This is entirely optional and up to your discretion.

Do you think a more conservative social media outlet is a bad thing?

Are you bothered by a social media platform that doesn’t conservatives and libertarians? Or do you think it’s fair and reasonable to be able to share your opinions equally?