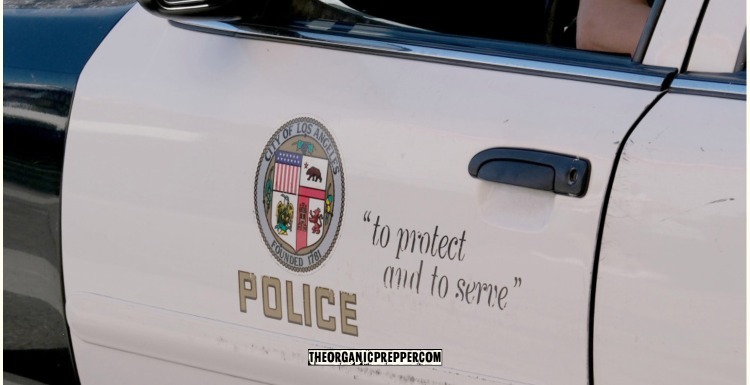 The notion of government workers monitoring your social media is probably not news to you. I believe Edward Snowden blew the lid off of this can of worms years ago. However, have you considered that those very same people may now force your social media usernames out of you should they stop you on the street?

Yet that’s precisely what’s happening in Los Angeles right now. Apparently, it has been happening for years.

How was this discovery made?

Within New York University is a non-profit organization known as the Brennan Center for Justice. Early last year (2020) the NPO law/public policy institute submitted a request for information on how LAPD used social media to monitor people and groups. [source]

According to the Brennan Center, the information they were given revealed that LAPD offered little guidance and minimal oversight over officers’ surveillance on social media platforms. The center went on to state:

Few limitations offset this broad authority: officers need not document the searches they conduct, their purpose, or the justification. They are not required to seek supervisory approval, and the guide offers no standards for the types of cases that warrant social media surveillance. While officers are instructed not to conduct social media surveillance for personal, illicit, or illegal purposes, they seem otherwise to have complete discretion over whom to surveil, how broadly to track their online activity, and how long to monitor them.

Despite endowing its officers with broad authority to surveil social media, the LAPD has done little to ensure these powers aren’t abused.

How did the LAPD collect this information?

LAPD has been carrying “field interview cards.” LAPD officers can stop anyone, whether they are arresting them or not, and ask them to fill these cards out. [source] It’s up to the officer’s discretion whether the field interview card is filled out or not. Interestingly, information the card collects includes social media handles, usernames, email addresses, and profile page URLs. [source]

Let’s say you have an Instagram account where you follow Iraqveteran8888, Demolition Ranch, Lucky Gunner, or other firearms-related accounts exclusively. Now that information has been tagged to your name directly by a police department.

Regulations in place state that an officer is not allowed to sign in to a citizen’s online account. Officers are supposed to get a search warrant if they want to delve in such a manner. However, officers are allowed to create a “fictitious online persona” to collect information for investigations. [source]

The Brennan Center for Justice also states one of the systems the LAPD uses increases the chance of inaccurately identifying a person as a gang member. Which, according to the center’s report, is common practice with the LAPD.

Case in point, in May of 2020, the LAPD was under scrutiny for allegedly falsifying interview cards. These allegations came about when a mother in Van Nuys reported her son being misidentified as a gang member to the police department. After reviewing camera footage, the department found the information to be inaccurate and assigned blame to an officer.

In June of 2020, three of the LAPD’s Metro Division officers were charged with falsifying the information collected on interview cards. Prosecutors claimed these cards misidentified dozens of people as gang members.

Should I be concerned?

Do you like the idea of authorities having access to the username of your private online accounts? What about being watched constantly in an Orwellian Big Brother nature? Officers are supposed to get search warrants to log into one’s account. Nonetheless, if the keys to the kingdom are right there before them, how long do you think they will resist the temptation?

(Has anybody else out there read Minority Report? Philip K. Dick teaches us about the terrors of the concept of ‘pre-crime.) What happens if you are friends with or have liked posts of somebody who has been input into this database as a potential suspect? Are you then liable to possible future entrapment games by fictitious online personas or increased police surveillance?

Can my social media posts or likes be used against me?

You bet they can.

Take a look back at your online social media presence. Let’s say you have liked posts from the firearm community, or perhaps you posted about the debacle of Afghanistan. And what about those political hashtags?

Let me remind you that a similar scene is already unfolding in Australia. Australian police can now change citizen’s social media posts. All in the name of safety, of course.

The LAPD set aside $73,000 in 2021 for Media Sonar software, a tech that tracks social media for police. Specifically, it tracks potential hashtags and keywords that LAPD has deemed to be of interest. Allegedly this tech helps them to “address a potential threat or incidence before its occurrence.” [source] The LAPD has an entire unit dedicated to predictive policing software. This unit monitors social media all day and night to highlight “patterns, hot spots, trends, clusters, spikes,” and so on. [source]

What can we do to protect ourselves?

Assume someone is watching everything you post online. Because, honestly, it already is. Once more, Edward Snowden already showed us this. (By the way, I’m constantly surprised by the number of people I meet who have no idea who he is. You have to know who he is if you want to consider yourself a well-informed American. Read his book Permanent Record.)

Or, better yet, step away from social media altogether.

The only way I know of here to ‘buck the system’ is for you to step away from social media altogether. Will you lose all of your histories with that account? Yep. But I can guarantee you it beats Big Brother surveillance.

The world is creeping toward total surveillance more every day

Keep your eyes peeled for these types of technologies and policies. You’re only going to see more of them in the future. Be sure to subscribe to our daily newsletter and Telegram channel to stay up to date.

What would you do if you were stopped by police for no reason and asked for your private information? Would you comply? If not, how would you get out of the situation without being arrested? Do you expect to see this spread outside of Los Angeles? Share your thoughts on this invasive surveillance in the comments.