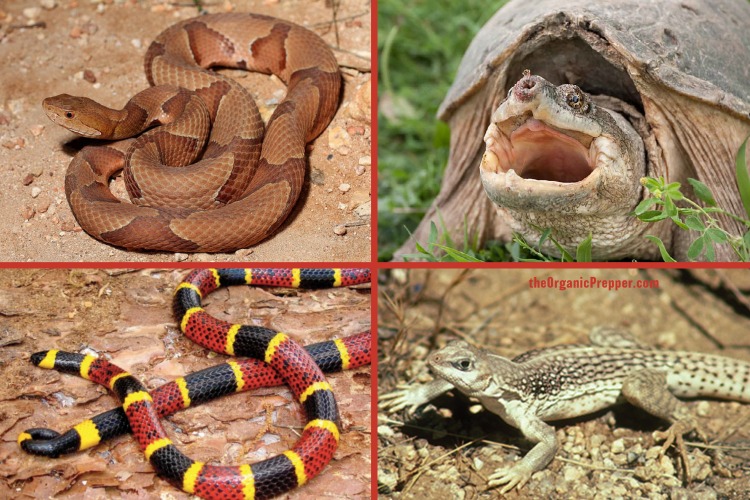 Most people who participate in hunting seek out various mammals, birds, and fish. However, there’s no reason why you can’t add reptiles to this list. With so many reports out there about food shortages, hunting can be an excellent way to make sure you and your family stay fed.

Abundant in most areas of the United States and an excellent protein source, most people who have tried reptile meat report that it tastes just like chicken. Plus, you’ll get the added satisfaction of having obtained your dinner for yourself. Why not give it a try and see for yourself?

What kind of gear and equipment will I need to hunt for reptiles?

Generally, you’ll want to save your guns and rifles for hunting larger mammalian and avian prey. Most reptiles are too small for this to be an effective method. Even if you are a great shot, some lizards are so small you’ll completely destroy the body with a bullet and have nothing to eat.

Instead, tried and true weapons include spears and traps. You can MacGyver a spear by attaching a knife to the end of a long pole or sturdy branch and use it to stab your prey (this isn’t the kind of spear that you will throw).

Trapping reptiles works best when you are hunting snakes and turtles (most lizards will be able to climb out of the trap). You won’t need any fancy equipment for this method—just a tool for digging (your hands will work in a pinch) and bait, which should be readily available in your environment.

You’ll need a knife to clean the animal’s body, and your cooking equipment must include at least a fire starter and a pot. (Hot sauce optional.)

How do I safely and correctly identify snakes?

We strongly advise you not to attempt to hunt dangerous reptiles, including alligators, crocodiles, and venomous snakes. While these animals are edible and even considered delicacies in places, the risks of hunting and killing them are too great to be worth it.

This section will teach you how to identify which kinds of snakes are safe to hunt.

In the United States, there are four kinds of venomous snakes: copperheads, cottonmouths, rattlesnakes, and coral snakes. These are the snakes you do NOT want to hunt.

How do I find and hunt reptiles?

One of the most reliable ways to find reptiles is by road cruising at dusk if you are near paved roads. Because reptiles are cold-blooded (meaning they can’t generate their own body heat and must moderate their temperature using outside sources), they can often be found lying on asphalt once the sun has gone down. These surfaces retain heat from the day.

If there is no asphalt near you or you are hunting during the day, you will likely find snakes slithering through tall grass, hiding under a rock or log, or basking on a rock. The same goes for lizards and turtles.

When hunting, whether you’re using a spear or a trap, the most important thing to remember is to stay aware of your surroundings. You don’t want to be so focused on pursuing the animal that you find yourself unexpectedly in an unsafe situation. If you’re trying to spear the animal, make sure your reflexes are lightening-fast, so you strike accurately. If it does not die immediately, quickly cut off the head, so it does not suffer unnecessarily.

How do I cook reptile meat?

One of the most critical takeaways from this article should be that you must never eat raw reptile meat.

Wild animals are breeding grounds for bacteria and parasites, which can make you seriously sick if ingested. Especially with reptiles, there is a risk of salmonella poisoning—this bacteria thrives in their digestive tracts.

After cleaning the animals, boil it in a pot of water to sanitize it and kill any bacteria that may be present. Then it is safe to eat, or you can continue to cook it over a fire to get a nice sear.

After your meal, be sure to thoroughly clean your cooking equipment and dispose of any animal remains (bones, skin, etc.) as far away as possible. Doing so will discourage scavengers like bears, raccoons, and foxes from coming near to enjoy your scraps.

You don’t need fancy gear or knowledge to hunt and eat reptiles. Just the basics: a knife or spear and some basic info on identifying dangerous reptiles are enough to get started.

Hunt safely and humanely, remember to cook your meal, and enjoy it!

Have you hunted reptiles before? What kinds have you eaten? Let us know in the comments below!

Johnathan David leads the editorial team at Everything Reptiles as Editor in Chief. He brings decades worth of publishing experience. Johnathan David is a fourth generation reptile keeper and wildlife biologist. He has twenty years of experience as a reptile hobbyist from childhood. He has kept Geckos, Skinks and a Poison Dart Frog. 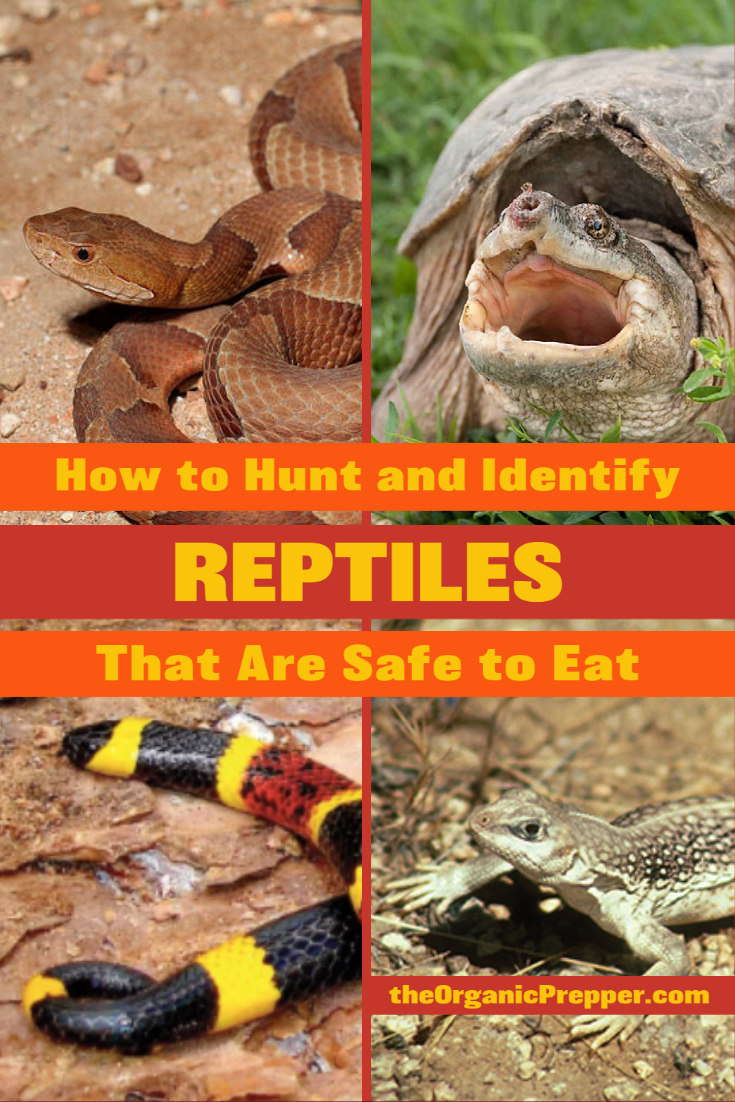