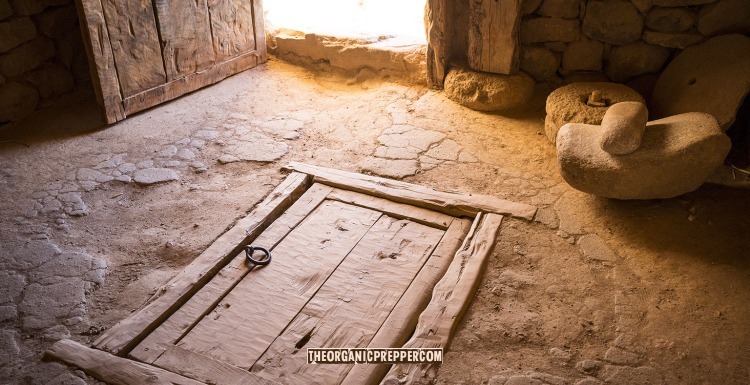 It’s strange to even think of writing a piece about creating prepper hideouts in “The Land of the Free.” Sadly, that freedom has long ago died a bloody death. I think we’re getting much closer to an America akin to the late 1930s Germany. Other countries throughout the world (Australia comes to mind) are already there.

For those who are thinking a “we need to hide our Jewish neighbors” type scenario could quickly unfold again, I’d like to take a moment to give some of my thoughts on how to create a prepper hideout. We need only look at the venom and animosity that is being directed at the unvaccinated to see that this might actually become a necessity in our lifetime.

A hideout is different than a bug-out location, a survival cache, or a safe room. It’s meant to house a person or group of people secretly in the event they are targeted for some reason. Where you will locate this space will vary based on your home, your geography, and other factors.

Let’s talk about what a prepper hideout requires, and what we can glean from history.

The first things a prepper hideout requires are food and water

Without a doubt, this needs to be your #1 priority. Read through any of the diaries of those trapped in Nazi-occupied territory throughout World War II. You’ll see just how large of a presence hunger played in their daily lives. You have to have ample food stores for these environments. Without food, you cannot stay in a hideout for long.

Water is even more critical. Although a person can technically survive three days without water, your motor skills and mental capacity will diminish on the first day. Here’s an article on calculating how much water to store.

In addition to food, you need to consider a way to open cans and a hidden means of cooking food. Can-openers easily solve the first problem. A plug-in stovetop is liable to be the best means of providing the second. Another option is storing food that doesn’t have to be cooked at all.

Plug-in stove units aren’t going to have the massive energy draw of a real stove. If an energy allotment is in place and people are punished for breaking electricity rationing rules, you may want to consider one of these. Plug-in stoves genuinely don’t take up much space and can quickly heat a pot full of chili. I usually use mine to heat a water pot to scald chickens before plucking. A plug-in stove will permit you to enjoy a hot meal. You’d be amazed how much this can help morale.

As far as adequate nutrition goes, it may be wise to consider stocking some vitamins and Metamucil. Vitamins will help offset any micronutrient deficiencies encountered when living off of food stockpiles. At the same time, Meta-mucil will help eliminate constipation worries. While that may sound laughable, consider that many long-term storage food items out there are very low in fiber (MREs come to mind). If that’s what you will be regularly eating, life will quickly grow even more miserable.

The hideout will need to be somewhat self-sufficient

You may assume that it will be easy to keep the hideout resupplied. From a historical standpoint, I don’t think that solely relying on runners has proven to be a fool-proof method. Runners often fall upon their own set of troubles, whether that be fear of surveillance, illness (this happened to one of Anne Frank’s resupply men), weather, or a multitude of other reasons.

To think that you can act as a runner for a hideout daily is naïve. There must be adequate supplies for at least a week stored at the location in case the runner becomes unavailable.

You need to figure out the bathroom situation

If you don’t get this figured out, people are going to die from lack of hygiene. Simultaneously, people will be alerted by the smell. You need to take care of the bathroom situation.

We’re currently living in a world where AI is monitoring sewage in some cities. I don’t think it’s too hard to conclude that AI could detect if there’s an abnormal increase in the amount of sewage from a particular neighborhood. If you aren’t attached to city sewers, you need to consider how extra butts will affect your septic tank. Will it be able to handle the increased volume?

I believe a composting toilet is a worthy option. A compost toilet won’t trigger any sewer AI, will eliminate a smell problem (many tiny homes use these), and serves as a hygienic means of waste disposal. Keep in mind you will need to empty a compost toilet regularly. You’re going to want to do so well before the waste matter gets close to the brim. If you choose to utilize this method, consider stowing extra composting material and ‘waste containers’ for the toilet at the hideout as well.

You will need a way to remove the waste from the hideout discretely. A garden compost pile would be an ideal dumping ground (no pun intended). However, you will have to figure out how to get the poop to the pile without being noticed.

Another option that Daisy has written about is a kitty litter toilet. This same procedure will work in a luggable loo. This will produce more waste that will not decompose, so you need to think about how long you’d be there.

What about light inside the prepper hideout?

You cannot subject a human being to long periods of darkness and expect them to be mentally ok. If anything, the depression rates for those living in the Arctic reflect this. Natural light is ideal, but that means you’re going to have to have light security at night. The windows need to be covered up at night so no one can see a candle or flashlight within the hideout from the outside.

If the hideout is in an area where there is no natural light source, you’re going to need plenty of flashlights, batteries, and lightbulbs stowed away within the hideout. Here’s an article about the importance of light, along with some suggestions. Should there be no electricity within the prepper hideout (e.g., the center of a large basement somewhere), I recommend purchasing a copy of Yago’s Lights On. You will learn how to hook up a power system from golf cart batteries or something similar with the details given by the author.

You’ll need to keep the prepper hideout as secret as possible. Ideally, while the hideout is being built, you are the only one who needs to know about it. (No contractors, no blueprints, no trail – simply a hidden retreat unknown to the world at large.)

Nobody needs to see construction material going in or out of your house if you live in a neighborhood. As well, nobody needs to see you heading to the dump with a truck full of broken drywall. If you have friends over, they don’t need to see the section of your house where you are building the hideout. Furthermore, build the site as quickly as possible, clean up as soon as possible, and then shut up.

The world is in a strange place

There is undoubtedly more I could add to the conversation here. Hopefully, this will serve as a foundation for you to build off of as you think through this process, should you determine a prepper hideout is well worth your time and effort.

Study the accounts of past efforts. Learn from history. And be careful with the information you’re willing to volunteer.

If you were going to build a prepper hideout, what considerations would you take into account? What tips might you have learned that we should know? Share your thoughts on having a prepper hideout in the comments. 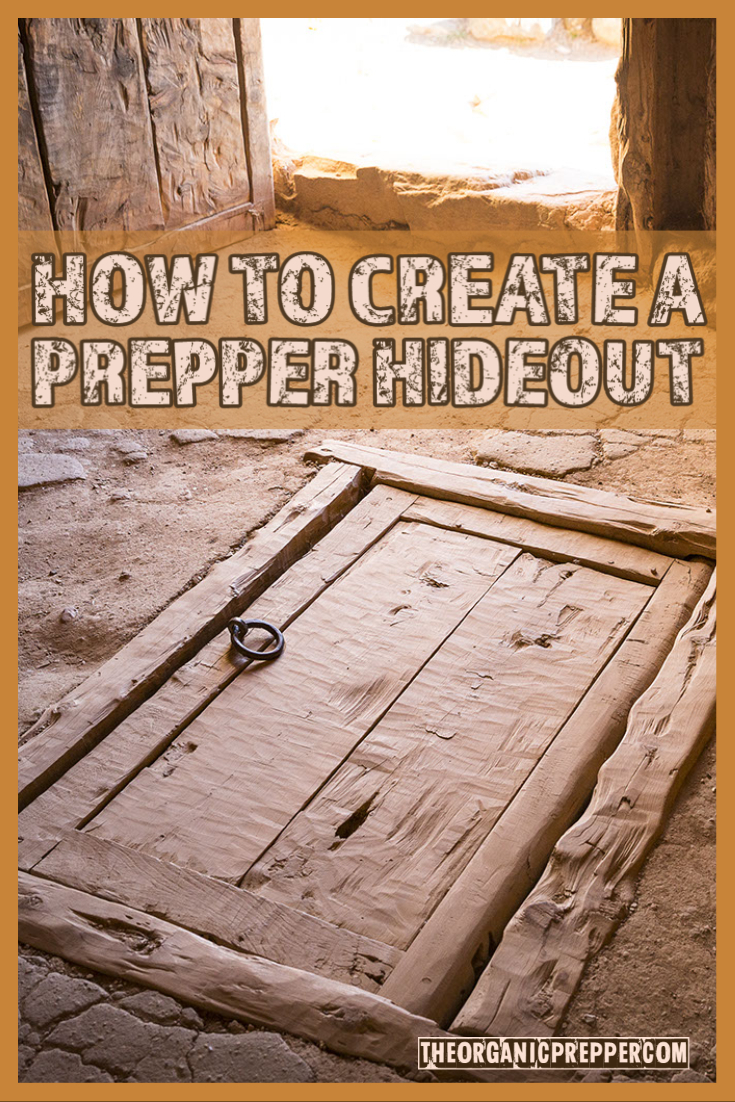