How Data Manipulation Is Used to Support the Desired Narratives 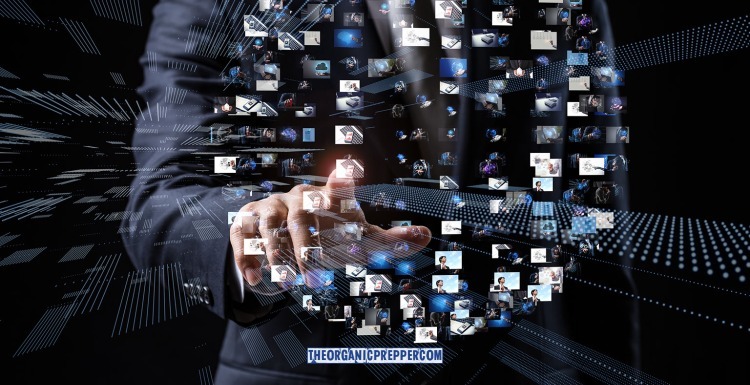 Who uses data manipulation? Governments, businesses (individual or entire industries as we constantly see in martial arts/self-defense), the media, and social organizations with an agenda.

These groups or organizations utilize information to create a narrative on a topic for a specific reason, most often for their own benefit. The data itself could be entirely legitimate and authentic (though it may not be). It’s how it’s spun that’s important, and most people rarely dig deeper and go…

Remember, data manipulation has multiple benefits, and it’s usually very subtle yet sudden. If it fits a person’s narrative, they will often support it. Even if it’s different from the original source manipulating the data in the first place.

With regards to crime, entities alter information for any number of reasons including:

Ideas often become beliefs over time and in times of duress

Remember “Inception,” the Christopher Nolan movie from a few years ago? “An idea is like a virus. Resilient. Highly contagious. And even the smallest seed of an idea can grow.”

We hypothesize and use heuristics to make assumptions about the overall picture to plan accordingly. Even when though a time always comes when those theories, hypotheses, and heuristics need to be verified concretely. It’s one thing to have them create a home base for future assessments and to expand on those ideas. It´s quite another to make assumptions and assume they stay forever the same. Eventually, statistics, case studies, and developments clearly dictate they are no longer valid.

So, how is data manipulation done?

Data can come in many ways. It always pays to research who the data was provided by and who backs or finances that data and why. Furthermore, who stands to benefit by putting out said data? Consider for a moment the numbers that came out of China early in the pandemic, as well as the numbers coming out of the United States.

Spinning a positive or negative message from the data source by selecting a skewed portion of the data is often done. So is subtly changing the narrative of what that data means. To accomplish this, a small sample size is used to represent an entire geographic area to distract from a full analysis of data pertaining to a specific location, time, or demographic.

What are some tactics of “them”?

So, what are examples of this in the area of crime and violence in my neck of the woods?

Example #1: Telling people crime is universally on the rise

Telling people an increase in a certain kind of crime (murder, for instance) reflects a widespread elevation of violence, suggesting crime is universally on the rise.

Questions that we need to ask:

When three separate female tourists were killed here, I received almost immediate notice from the Canadian government, issuing security warnings on higher risks of violence in Costa Rica to Canadian residents and ex-patriots. Not even close, though I get why they’re obligated to do this for their citizens abroad. All three incidents were unique unto themselves. At least some victim-naivete contributed to the crimes.

That was late last year, 2018. There have been no further tourist murders since. CR tourism has not generally suffered as could be expected. And the panic has gone quiet. However, I bet the security, arms, and surveillance industries flourished for a time. As well as the political party righting the ship so quickly gained future votes.

A few years ago, when we had a medical tourism facilitation business, the statistics for foreign medical-procedure investment grew every year. Often in double-digits according to the national medical tourism promotional body. But whenever you’d contact the very same hospitals administration department where the statistics were supposedly compiled from, they were perplexed.

The promotional body projects these statistics globally (important for market confidence). They’ve tried to get funding from the government-run international tourism board for years but to no avail (someone doesn’t seem to be buying the stats sheet). And they were in danger of becoming redundant (which they now are as a broader-perspective body has replaced them not at all limited to a small market specialization).

By sensationalizing one story, the media can build anxiety, stress, and fear in a market for viewership, popularity, and ratings. Fear-mongering is often the most transparent and easy-to-catch if one is coherent and questioning.

Here we have a newspaper that posts dead bodies on the front page, shows murdered corpses, half-naked women on the front, and glorifies violence. While one would think it wouldn’t have legs in a staunchly Catholic, conservative, passive-aggressive society, it’s quite the opposite. Remember, “all press is good press” for many, and they’ve found a comfortable niche regardless of the comments on classlessness and inappropriateness.

Selco writes about the media and social platform’s tactic of manipulated rage in this article on the riots in France, 2018.

Propaganda can intentionally increase crime and violence, as we saw here in CR a short time ago. Governments, groups, and businesses know this.

As Daisy wrote about the Mass Shootings Map in June 2019:

But, you see, the map is BS. It’s a big old truckload of baloney sandwiches, steaming in the sun. It’s a manipulation that is being used to frighten people into thinking they’d be safer if none of us had the tools that we need to protect ourselves. It’s a scare tactic, meant to frighten those who won’t think more deeply about the issue. It’s for people who read the headlines, but not the articles.

Another example: self-defense authorities make vast, general claims about the state of current society to peddle fear and stress in potential clients without the data. **”Crime is always rising. Murders are way up. Rapes are on the increase, and women are in danger. We’ve never lived in a more dangerous time.” The narrative never changes – you’ll be vulnerable if you don’t take their classes, regardless of whether those classes peddle a martial art with zero relevance to this time. If you don’t learn (their) self-defense, you’re naïve and ignorant. You are lazy, and a host of other ad-hominins thrown your way to guilt you into investing.

**There’s generally no data to back this up as we live in the safest time in recorded human history outside of countries with already-prevalent internal strife.

The reality is we “manipulate” data all the time

We generalize, distort, and delete parts of stories and anecdotes regularly to fit our personal narrative, manipulate others, or convince ourselves of something. Filtered information fills our conversations. Whether intentional or unintentional, sometimes it helps us positively, sometimes not.

We’re all experts at data manipulation and propaganda. Therefore, it’s wise to look at the information with an unbiased eye, or at least as unbiased as that eye can be. Asking these questions and identifying the type of message and data go a long way towards understanding how people can manipulate data and utilize propaganda to promote messages, even on crime and violence.

From what I see daily, current technological distractions and information-bombardment (coupled with personal factors like confirmation bias, decreased attention-spans, micro-relatability) are considerable factors in others’ ability to pull this off successfully. Relating to our personal safety and (especially) our mental health, be extremely cautious with the (often subliminal) messaging that bombards you.

And ask the right questions.

What do you think about data manipulation?

Do you have some examples of data manipulation you’ve seen over the past few years? Do you believe it’s done to add gravity to a handy narrative? Does it make you more likely to discount headlines and statistics?

Share your thoughts about data manipulation in the comments.