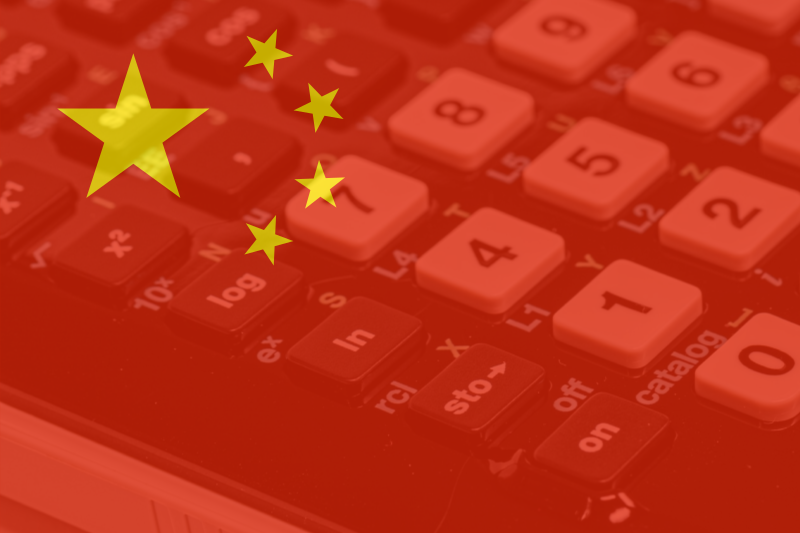 When researching the spread of the Wuhan coronavirus, things feel a little bit “off” to me. Let’s look at some numbers that just don’t add up.

According to official reports, there are more than 900 confirmed cases of coronavirus around the world. Of those confirmed cases, 26 people have died.

As of Friday, more than 900 people have been sickened and 26 have died since the start of the month, according to an NBC News analysis of data collected from China’s National Health Commission, province and city health departments, China Central Television, and the People’s Daily. China Central Television is a government-run station and People’s Daily is Communist Party-run. (source)

Today it was reported that a healthy 36-year-old man was among the dead. Up until this point, the deaths had all been people between 48-89 with pre-existing health conditions “including cirrhosis, diabetes, high blood pressure or coronary heart disease, China’s National Health Commission said.”

He had no chronic diseases or other existing health conditions, and had been treated with anti-virus medication and antibiotics since being admitted to a hospital on Jan. 9. (source)

There are numerous suspected cases around the world, and people are being tested across the US and other countries to see if they have the coronavirus. When you’re reading articles, be sure to watch for confirmed cases – not suspected ones. Most of the suspected cases have returned negative results for coronavirus.

As of the publication of this post, there are confirmed cases in China, South Korea, Japan, Nepal, Thailand, Singapore, Vietnam, Macau, and the United States. Canada, Australia, the UK, and the US have people awaiting test results for suspected coronavirus.

35 million people are now under quarantine.

Yesterday, we reported that 20 million people were under quarantine in China, but today that number has expanded dramatically to 35 million people.

As the cases of coronavirus exposure increases, officials in 10 cities in China’s central Hubei province have suspended public transportation. Bus service has stopped in the cities of Chibi, Xiantao, Zhijiang, Qianjiang, Xianning, Huangshi and Enshi, according to the Reuters news agency.

The number of people under quarantine raises a number of questions. I suspect the numbers we have been provided are inaccurate for a few reasons.

People are being turned away from Chinese hospitals.

It’s being reported that many people with potential coronavirus symptoms are being turned away from hospitals in China because there are no beds. Due to censorship and a brutal Communist regime, most of the less-than-flattering information is being shared anonymously.

This alarming report appeared on CBS:

A resident in Wuhan, the quarantined metropolis at the heart of the fast-spreading coronavirus outbreak, told CBS News Friday that he waited overnight at one of the city’s overwhelmed hospitals to get treated for the illness but couldn’t access a doctor.

The man asked not to be identified as Chinese authorities struggle to show they’re in control of the outbreak, which has now killed 26 people in China and infected more than 800. He said he was diagnosed with the virus Thursday at the Red Cross Hospital in Wuhan, and that he has passed it to his mother.

He waited from Thursday night into Friday morning at the hospital for an injection he was told he needed to treat the illness, but never managed to see a doctor to have it administered.

The man said he saw patients at the rammed hospital on Thursday falling to the ground “one after another,” but there was no room for more patients to be admitted. Videos posted to social media have shown patients laying on the floor in Wuhan hospitals, some crying out for help. One, which was removed from China’s popular Twitter-like platform Weibo, purportedly showed dead bodies covered with sheets on the floor near other hospital patients. (source)

The story above is not the only one out of China that casts doubt on the official numbers.

The doctor told BBC News that scores of citizens had lined up at Wuhan hospitals in panic.

“The hospitals have been flooding with patients, there are thousands, I haven’t seen so many before,” the doctor said. “I am scared because this is a new virus and the figures are alarming.”

The doctor told the BBC that many people had to wait for hours before they could see a doctor and that little information was available to the public because of the novelty of the disease.

The doctor added that the typical incubation period of the virus was about seven days, meaning people could pass along the illness without showing symptoms…

…”It is spread through human-to-human transmission and there are also medical-staff infections,” the doctor told the BBC.

“We were told two days ago not to go to work at the hospital, because of the risk of the virus spreading,” the doctor added. (source)

And not everyone is getting tested, either.

Mimi Lau, a reporter for the Post, said there had been a shortage of quick test kits for the coronavirus, which is apparently delaying diagnoses. She added that patients at Wuhan hospitals likened getting a hold of the test kits to “winning lottery tickets.” (source)

Here’s a video of the scene in a Wuhan hospital. Patients are being transported in bubbles. Also, note the level of the Personal Protection Equipment being worn by hospital staff.

If these reports are accurate, then the numbers we’ve been given are absolutely not accurate. If there are people collapsing in hallways who are not being treated or diagnosed, then it stands to reason that they’re not going to be included in the official numbers of how many people are sick with the coronavirus.

Things are so worrisome that they’re building a hospital specifically for coronavirus in just 6 days in Wuhan.

“To address the insufficiency of existing medical resources,” Wuhan is constructing a hospital modeled after the Xiaotangshan SARS hospital in Beijing, Wuhan authorities said in a Friday notice. The facility will be a prefabricated structure on a 25,000- square-meter (270,000-square-foot) lot, slated for completion Feb. 3. (source)

The situation at the hospitals is so dire that Beijing has called in the military to help.

The economic ramifications for China

The economic ramifications of this broad quarantine will be vast for China. Think about the money being lost when you lockdown 35 million people during the biggest holiday and tourist season of the year. Here are some of the things being shut down.

Can you imagine the economic repercussions of such a shut-down? Particularly during what is arguably the biggest holiday of the year in China? Zero Hedge reports:

“Drastic steps, such as city-wide quarantine measures, can be a double-edged sword when it comes to market impact,” ING senior rates strategist Antoine Bouvet wrote in morning note. “On the one hand they signal the authorities are taking the problem seriously and help containment, on the other hand, they help paint a dramatic picture to investors unfamiliar with dealing with this sort of risk.” (source)

The numbers just don’t add up.

When I look at the official numbers, I have questions.

This is a costly, extensive quarantine for fewer than a thousand sick people. Getting prepped for the possibility of a deadly pandemic seems to be a wise course of action, given the dramatic response by China.

And it begs the question:

What does China know that they’re not telling the rest of us?