Here’s Why You Should Get Your Ham Radio License. 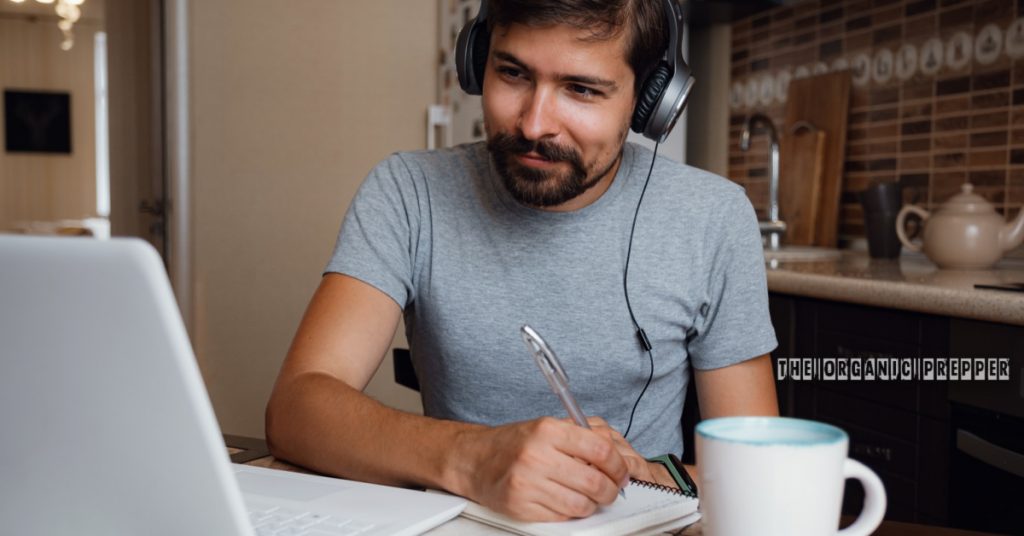 Arguably the most difficult part of preparedness is figuring out everything that goes into off-grid communications. Think about it. Learning how to shoot an AR-15 and your Glock is a lot of fun, offers tangible feedback, and lets you get to spend time out with a trainer/friends figuring out the ropes.

Learning how to raise livestock or garden? Again, I think it’s a lot of fun, and while there’s definitely a steep learning curve, it’s relatively straightforward (but not easy).

But comms? Once people start talking about antenna theory and propagation, eyes begin to glaze over. You start to delve into physics, and I would argue the bulk of the world isn’t wired to be a physics nerd.

This doesn’t make off-grid comms any less important, however.

Consider that after a disaster, over and over again, we find that it’s knowledge of the safety of one’s loved ones that people are frantic for. Think about the last time a tornado, earthquake, or other disaster hit your area. It’s likely that one of the first thoughts that ran through your head was “where is so-and-so?”.

Imagine a world without cell phones. Given the current spate of events the US has found itself fighting against, I don’t think that this is that difficult to accomplish. We’re now at the largest risk of nuclear war, arguably, in world history. Our power grid has been found with backdoor access installed in it. The EMP Commission Report from 2009 didn’t have much encouraging to say, and Ted Koppel’s Lights Out has done a fantastic job of opening up the eyes of Americans everywhere to the fragility of our power grid.

It wouldn’t take much to turn out the lights, taking cell towers with it. And when this happens, will all of your friends and loved ones be in one place? I doubt it.

Your family is likely to be scattered in a disaster.

And even if your family is all at the house, there are still going to be close friends and others who you are going to want to make sure are okay after a hurricane like Ian hits, a terrorist attack occurs, or the like. Ham radio is one of the best off-grid means of doing that.

This, in and of itself, is a huge reason that I think you should get your ham radio license. You’ll have the skills necessary to reach everybody.

Ham radio helps you to coordinate.

It’s not just that your family and friends may be separated after a disaster. You also have to consider that the ability to communicate with one another not only serves as a mental relief but it allows you to figure out the next steps as well.

Ideally, your family will already have a plan in place should everybody be separated (we’ve written about one option here before), but if you don’t, ham radio will help you to notify everybody of where it is that they need to go to regroup.

(Did you know there are four levels of disaster? Check out what they are at our free QUICKSTART Guide.)

Why not just use CB, FRS, GMRS, and MURS?

I think that all of these are excellent options for disaster comms. But there is a lot that can be accomplished with ham radio too. And the problem is this: you will miss the opportunity to learn about these benefits first-hand if you limit yourself to just those above-listed parts of the radio spectrum.

Consider that FRS, GMRS, and MURS radios typically don’t have a detachable antenna. You won’t get the opportunity to learn much about antenna theory with them, and your range will be minimal as a result.

CB gives you a lot of options, but I think that just using CB is kind of like limiting your gun safe to just Glocks. Sure, they’re fantastic, but you only have one tool in the toolbox. You can do a lot more if you diversify your options there.

To get the most use useful tool possible, you have to use ham radio, and to do that you need a license. I know, I know. In a life or death situation, you’re going to say “screw the license.” There are a lot of other times you may need to use ham radio that aren’t life and death situations, however, and for those you will want a license if you don’t want hefty FCC fines.

And once you have that license, you’ll have the ability to put in a lot of practice with one heck of a tool.

Ham radio experience allows you to learn a lot about signals intelligence.

Guess what? Bad guys use radios too. In a grid-down world, let’s say where there’s been an EMP attack against the US, there are going to be coordinated bad guys, whether they be state actors or not, that are moving about with radios.

If you got your ham radio license years ago and spent your fair share of time behind the mic, you’re going to be able to pick up a lot of information not only from knowing where to tune in but from other factors that I’ve written about here before.

Practicing with your setup is what helps you to learn the nuances you wouldn’t know about otherwise.

I think the main problem here, though, goes back to what we were first talking about.

It seems as if the bulk of the content you find online related to ham radio was written by a retired electrical engineer. These people are incredibly smart, but a lot of times, the jargon they use is so extreme that the newbie can’t get a grasp on just about anything.

This causes people to give up and focus on what they can learn easily. We are creatures of convenience, and that’s just the way it works. So, disaster comms is dropped and people start focusing on their bean patch instead.

This is part of the reason that I wrote The Prepper’s Guide to Post-Disaster Communications, a book that uses cartoons, puns, and simplified language to explain radio concepts in a disaster environment.

Unfortunately, that book won’t help you to pass the ham radio license exam.

But my new book will.

The Prepper’s Post-Disaster Communications EXAM Handbook is a study guide composed of all 426 questions in the technician license question bank, along with a cartoon associated with each question. This is a highly effective, proven mnemonic study technique.

This was how I made my way through high school – cartoon study guides. It was then that I learned that using goofy cartoons was a great way to get one to remember what one needed to remember to not spend July in summer school.

I figured, why not apply the same principle to the technician license exam?

I’m not an engineer brain, and I highly doubt you are as well. If, like me, the inner working of your head is a strange mixture of Bugs Bunny cartoons, Calvin and Hobbes, and VeggieTales, you’ll probably like this new book.

If, like me, you haven’t found a system of studying for the technician license that ever really worked for you, give this book a try.

My hope is that it will get as many Americans as possible past that hurdle of getting better squared away for disaster.

Check it out and let me know if you think I hit my goal.

Do you have your ham radio license?

How did you prepare for it? What techniques help you learn most easily? Tell us in the comment section below. 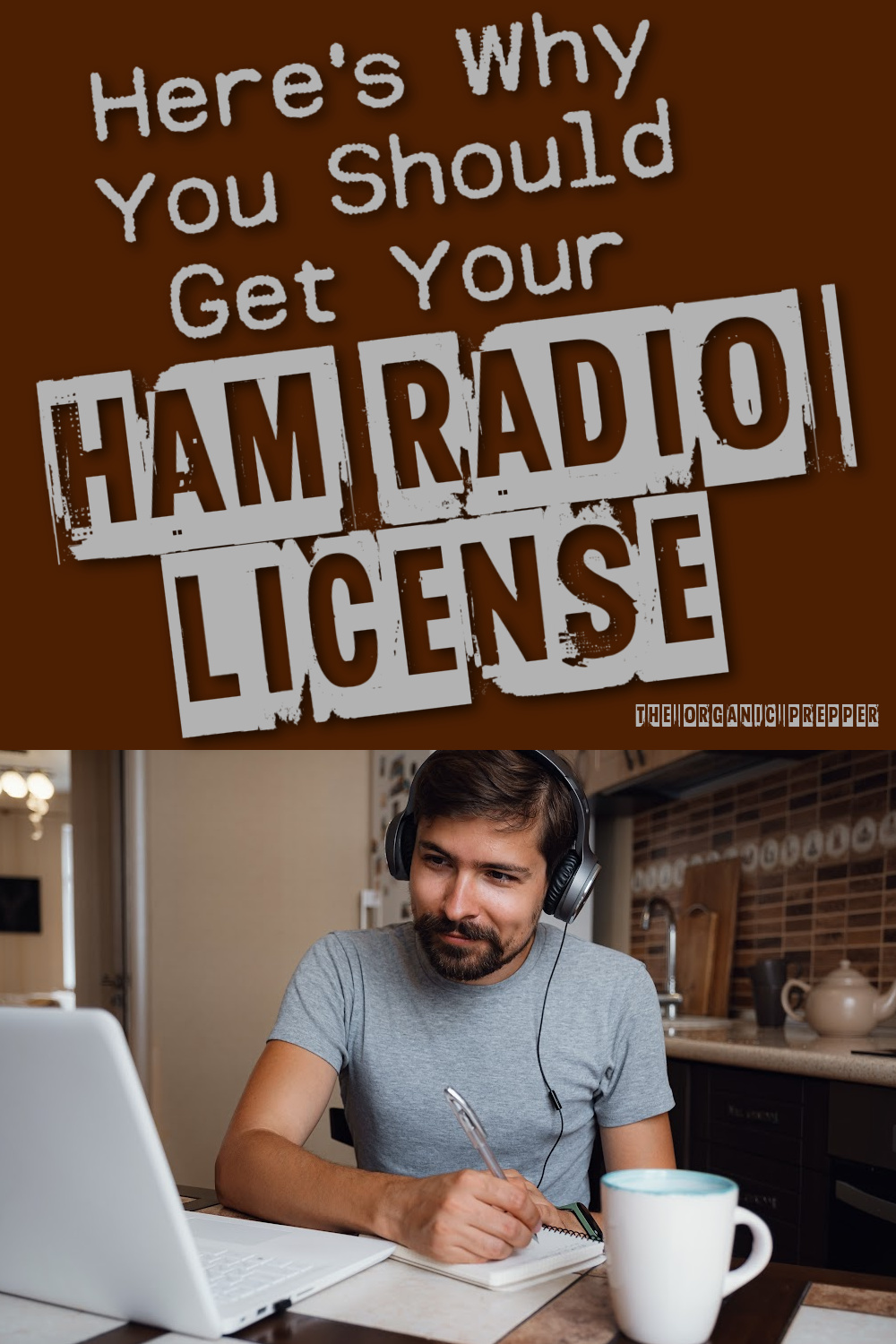