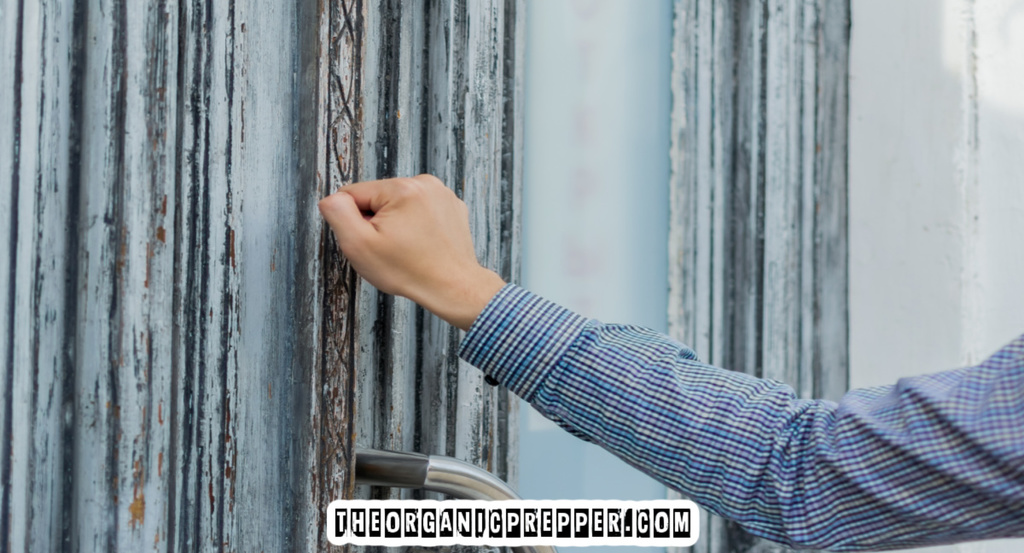 Door-to-door squads. We’ve seen it all.

We’ve witnessed Australia round up children, separate them from their parents, and then march them into an armed men-surrounded stadium for the jab.

And now, the United Kingdom is gearing up to send door-to-door squads throughout its English-occupied country. Honestly, this shouldn’t surprise anybody by this point. This is exactly what the “conspiracy theorists” have been predicting by looking at the stepping stones of current events for two years now. And though America has already gotten a brief taste of what this is like, let us once more consider what this means…

For starters, this means that there is a government-created list within the United Kingdom of who has taken the jab and who has not. Should you have thought that your medical decisions were private in a socialist state, you could not have been more wrong.

And what happens when the government makes a list?

Need we look any further than the regime England’s ancestors fought against just 80 years ago? Perhaps we can examine the shortened lives of the Armenian Christians and what they suffered at the hands of the Ottoman Turks? I’m sure the American Indians can tell us how this plays out – of how the Trail of Tears, the reservations, how they all work to one’s benefit.

Now, the yellow star of the German Jews has been transferred over to the unjabbed of the United Kingdom. And just as the Jews were hunted down, so we are about to witness the same in the birthplace of great philosophers of freedom such as Adam Smith, John Milton, and the likes.

All one really needs to do is to look at what has already happened in China to see how this plays out.

It is only a matter of time before the new oppressed of England (for England certainly has a long track record here) are hunted down, pinned to the ground, and jabbed against their will.

According to the UK government sanctioned figures, there are 5 million throughout the region who haven’t taken the jab. And so now, door-to-door efforts need to be used.

Boris Johnson has said, “I am all in favor of free choice but there comes a point when you cannot lock up 90% of the country who are vaccinated for the 10% who refuse to be.”

Another politician – a Cabinet Minister – has said, “I think anything that encourages the vaccine-hesitant is sensible.” This same politician has gone on to state, “The mood in the country is hardening against people who refuse to be vaccinated.” [source]

Such a statement couldn’t be further from the truth.

The fact of the matter is that citizens of the United Kingdom are taking to the streets every night, protesting for their inherent right to freedom. You simply do not hear about it because the mainstream media is controlled media. You will not hear the truth until you start looking at alternative news sources.

Need proof of such? Check out the below video:

We are being told that the door-to-door squads need to happen so that we can “avoid lockdown”, as if this is something in which somebody has no choice but to impose upon a people. As if a politician has any right to determine that they can keep working and visiting their families, but the peons cannot.

We are being told that door-to-door squads are necessary to reach those who live in rural areas but cannot get the jab easily.

It takes eight hours to drive across England.

Anybody who wanted to take the jab by now could easily have taken it. The only people left aren’t those who “can’t access” it, but rather those who have refused it.

Make no mistake, that’s what door-to-door is about.

Sending people door-to-door isn’t about helping the needy, no matter how the media may try to spin this. It’s about coercing those who refuse to lick the butt of the English Parliament.

It’s about taking those who realize that kids are dying at a rate 62% higher than the five-year average ever since the jab has been given out, and coercing them into something they don’t want. [source: ]

This is a time where deaths of male children has risen 400% since Chris Witty of England has declared that children should be given the jab.

And what else have we seen?

You may want to consider the following links from the excellent writing performed by the Daily Expose:

How long will it be until the United Kingdom fully falls as Australia has?

So keep your head on a swivel. Western Civilization is falling piece by piece – as has been designed – and once it does (particularly, once America falls), the world is going to succumb to a form of global tyranny that will have more in common with science fiction books than anything else you’ve ever read.

Things are heating up. 2022 is going to be more turbulent than anything we’ve witnessed within our lifetimes within the First World. We may very well see Thirdworldization.

And you better hang on. Because it’s going to be a bumpy ride.

(Looking for more information on the scale of disasters? Check out our FREE Quickstart Guide.)

What are your thoughts on the situation? If you live in England, what have you seen? Let us know in the comments below.