Here’s How COVID Is Affecting the Food Supply 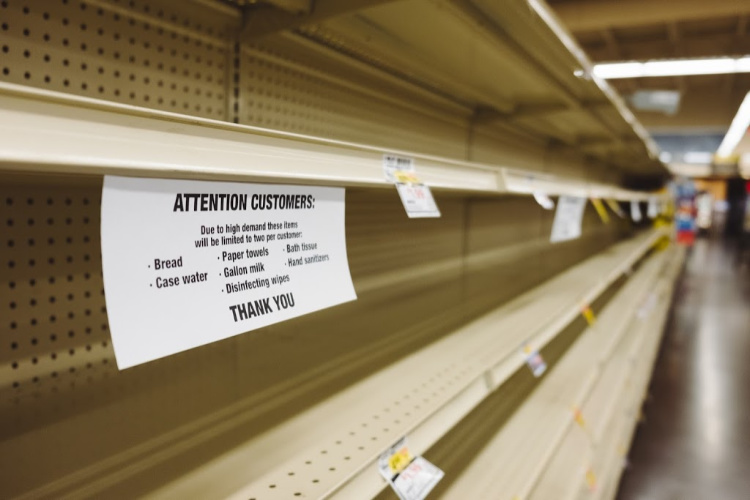 I am writing this article with the intent to share my knowledge with my readers, not to trigger alarms or increase anxiety. There is too much fuzzy information out there already. What I do know is, we can not trust the prevalence of external sources to feed ourselves. While it may not seem too bad at the moment, there are reasons to be concerned. We must think seriously about these matters and continue efficiently and quietly prepping.

There is currently too much noise and fluff out there to extract something useful from most reports. We will have to wait a bit longer. While you wait, I suggest checking the economic news as often as you sanitize your hands. I have posted official information here that is grounded in facts. My research has resulted in trustworthy information gathered from reliable sources. Whether you trust them or not, that’s up to you.

Have food prices been affected?

An article posted on the Global Alliance for Improved Nutrition website mentions that food prices seem to have not been deeply affected on a global scale at this time.

While economic models suggest Covid-19 will not have a major impact on global food prices, it is anticipated to put upward pressure on food prices in some areas of the world. Similar food price shocks have had large consequences in the past.

This article also mentions critical data that was missed and a new tool developed to help fill in that data. GAIN took a look at the data and determined the price of many food items have indeed gone up in all countries due to the pandemic.

RELATED: Life After COVID: A Look at the New Economy

What about farmworkers from the south and the food supply?

About 250,000 workers came to the U.S. on H-2A visas last year, the majority of them from Mexico. They’ve become an increasingly important piece of America’s food industry.

Also reported by the NPR was the U.S. Embassy in Mexico City suspended non-emergency visa appointments out of health concerns. However, farm employers were notified that most of the farmworkers would still be able to get visas. Business as usual, so it would seem. Yet there is still this fear of lack of food supply.

Things will change. They always do.

We preppers face things like this differently. However, I have discovered non-preppers are selling their properties and heading to the hills. This is an excellent attitude to have for those who can. It will also diminish pressure upon the existing production infrastructure and even provide some positive flow of products to the local areas, which could need it.

Nearly everyone is seeing shortages of imports.

In 2012 we had everything we wanted to buy in my piece of heaven. Now, most of the food is imported or incredibly expensive. As far as I know, all of the pasta, rice, cornmeal, and other local products that once were enough are now luxury commodities. As I’ve mentioned, vast fortunes keep being made with the importers. It’s highly suspicious to learn that most of this trade comes from Turkey. (Yes, the same country where Nicolas was seen enjoying a Cuban cigar while devouring a large steak prepared by the infamous Salt Bae in a luxury restaurant.)

One of my friends has already started his business producing, bottling, and selling mayonnaise. Another of my friends, who I mentioned before, has thrived because his family owns a bee farm. I told him when gasoline started to become scarce to get rid of his sedan and replace it with a good diesel SUV, but he didn’t listen. Now he’s struggling, but still getting ahead, to distribute his product. The pandemic gave the ruling communist party a perfect excuse to impose travel restrictions from one municipal entity (like your counties in the U.S. or parishes in the U.K.) to another.

If someone in 2012 had told me that our almost entire food production and importing network was going to crash, I would have listened. I knew that many dirty business were going on with the oil revenues. Our local food production wasn’t enough. It hasn’t been for some time, as the population grew a lot between 2000 and 2010. People migrated from farming lands to the oil-producing states, making it necessary to import products like meat, milk, and rice from Argentina, Uruguay, and other Southern countries. These products sold at a loss, in the (previously State-seized) supermarket chain targeted to function as a tool in the domination and subjugation scheme. The scheme was to control the food supply and starve those who dare to refuse the imposition of the socialist party line.

What should be the next course of action?

Today we now have different variables to be analyzed, no matter where we are located. This strange pandemic came to produce sort of a ground-leveling effect. Business-as-usual is not going to be the same for a while, if ever.

We have witnessed these last few years an awesome setup of industries being born: the agricultural robots, vertical automated farming (as inefficiently from an energy perspective as it is at the moment), and similar initiatives. That is great, and I’m excited about it: migration hurt much of Venezuela, and finding someone to work in the fields has never been easy because of the lack of opportunities for a better life. These developments are going to have a certain weight in the future. However, we all know some jobs can’t be fully automated, like butchering a cow, a chicken, or a hog. Automation is not cheap neither. And this is the bottleneck we have to be aware of.

We strongly recommend that you purchase certain items every time you visit the store to rebuild your personal stockpile while you can.

According to an article on the USDA blog, data currently available shows the U.S. will remain “well supplied, and food will continue to be affordable.”  Nonetheless, shelves in many parts of the US continue to be bare. Stores are still rationing certain items. The report offers other reassurances, including the fact that all industries in the food supply chain have been deemed essential and excused from any shelter-in-place orders.

Another possible explanation for the empty shelves is many restaurants have closed or are going out of business. People are going to buy much more food at retail stores. But this seems to be temporary.

Still, I find it concerning to read posts in our Facebook group reporting that meat and fish processing plants have been closed due to a high infection percentage of employees. If those plants are not subject to shelter-in-place orders, are those infected people at work? I have not read anything about the pandemic sweeping out an entire crew. Not yet.

Learn to adapt to the reality surrounding you quickly.

You have to adapt to the new rules.

Fear-based or not, food prices are going to be higher, thanks to uncertainty being much higher. No matter your degree of confidence in your food supply, it would be best to be as independent as you can be. All of my plans have not resulted exactly as once thought, but that’s OK. I can adapt myself to the circumstances, and keep moving.

My dear readers, for the first time in many years, I believe, it’s not a professional degree that is going to bring food to your table. It’s not even if you are smarter or stronger. Maybe those with money will have it easy for some time. But, I believe having a variety of skills is your best survival tool. Skills used to do something with added value: transform raw materials, or grow some kind of commodity.

Welcome the change and make changes.

After being locked down in their own houses, people who never saw the need for prepping are now researching bugout locations, city bunkers, BOVs, alternate energy sources, and learning about what they consider useful…maybe for the next disaster. People are preparing for the next event because it is coming. And this preparedness takes the pressure off the emergency teams and organizations, allowing the redirection of resources and time for those who really find themselves in trouble.

The more food we produce for ourselves and others, in addition to the development of our own careers, will add value that is hard to quantify. Enough with the industrial big agro! It’s time for self-sustainable farming, where everybody must collaborate.

Be safe!  And don’t forget to stay tuned!