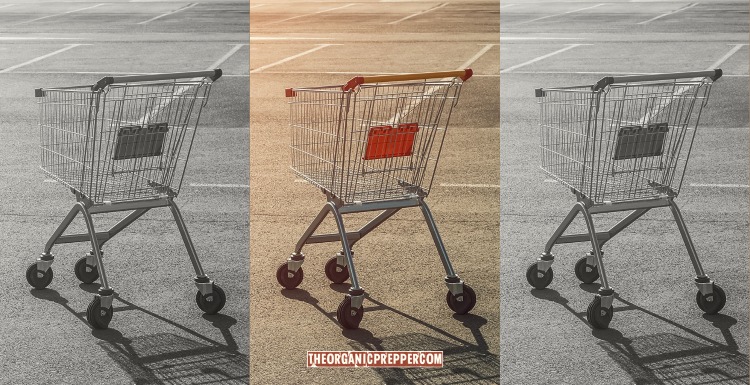 Cyber Polygon 2020 examined the threat of a complete supply chain breakdown. But what does that mean? Is it just no more toilet paper? Or is it something more sinister?

Perhaps we can shed some light on the situation here.

According to the American Red Cross, most Americans have less than three days’ worth of food in their homes. After three days with no food, starvation begins to set in.

Grocery stores get their food from regional food distribution warehouses. Typically, these locations have a month’s food supply present for all the stores in their area. Due to the increased demand from local grocery stores, this supply would likely vaporize within two weeks. One would enter a grocery store only to find it nothing other than bare shelves.

As previously reported by The Organic Prepper, food shortages are a reality. You do not have much time left before the items you can grab now are gone and gone for good. Here are some tips for shopping when there aren’t many supplies left on the shelves, and here’s a list of things that are usually imported from China that we haven’t been receiving in the same quantities (if at all) since the crisis began.

Further compounding situations would be the inability of truckers to deliver goods to the intended recipients. Semi-trucks with no fuel mean a complete failure for the city’s food supplies. After the aforementioned three-day food window, a significant majority of people in urban areas would begin to go hungry.

Here’s a previously published piece on just how fast things could go sideways in America in only 5 days without trucks moving supplies across the country. JUST THIS ONE THING could change the world as we know it.

On average, food travels 1500 miles from the farm until it reaches your plate. Imagine the implications of such. Cities would not have the food they need to live without the necessary fuel to get the food to the people. Violent riots would likely be the result not long afterward.

From a healthcare standpoint, a post-SHTF world looks quite grim. Shortages at the pump would make it much more difficult for healthcare workers to arrive at their jobs. Rationing of gas would likely be given priority to nurses, doctors, ambulances, and police officers. However, many patients would not be able to even get to the hospital. Effectively stranded in their homes, people would be unable to seek access to healthcare. Perhaps even afraid to due to the extent of the riots right outside their doors.

Due to gasoline shortages, necessary supplies wouldn’t show up to hospitals either. Surgeons would be unable to perform procedures due to a lack of saline, gloves, sterile tools, etc. Likewise, pharmacists would soon run out of their medicine stores. Once they run out, that would be it.

As mentioned, healthcare workers would already have a difficult enough time making their way to work. They wouldn’t be the only ones, however. While police officers would likely be given priority with gas supplies, there is still an excellent chance they would not be able to do their jobs effectively.

The number of emergency calls would skyrocket as crime and health emergencies would increase. There is also the possibility that many police officers, paramedics, nurses, firemen, and so on would refuse to show up for their shifts.

Suppose violent riots are going on outside and widespread looting and home invasions occur as people search for food, water, and whatever else they want. In that case, some people will feel compelled to ensure that their families are safe first, necessitating their staying at home.

This one is harder to put the finger on. There are a vast number of means by which power stations stay operational. Gasoline is one of those. As already noted, should there be a gasoline shortage, there will be an electricity shortage at gas-operated plants.

Would power plant workers feel compelled to stay home rather than attend work? Would other necessary gear be delivered to the power plants in time for them to function effectively? There are many what-ifs here that can’t be nailed down as wholly (at least by me).

Either way, it’s highly likely electricity won’t be anywhere near as plentiful as it is right now.

What Can You Do to Prepare for Such an Event?

One of the great things about prepping is that it’s so versatile. While your original intent may have been just to prep for three months of potential unemployment, your preps will also serve to help you with hurricane season, civil unrest, EMP, and more.

Prepping is a single decision that has broad implications, including a complete supply chain breakdown. That said, there’s no reason not to begin prepping. I highly recommend reading some of the available resources in The OP Learning Center, Online Classroom, and Bookstore.

And if you’re looking to learn more about how a complete supply chain breakdown works, I recommend reading: Report of the Commission to Assess the Threat to the United States. It will give you a thorough look at how everything is intertwined.

So do what you can to prepare, regardless of whether or not you’re concerned about a complete supply breakdown or not. It’s genuinely too versatile of a habit not to do so.

Do you think we could be facing a complete supply chain breakdown? What factors do you believe would be the tipping point? If so, are you changing the way you prep at all? Let’s discuss it in the comments. 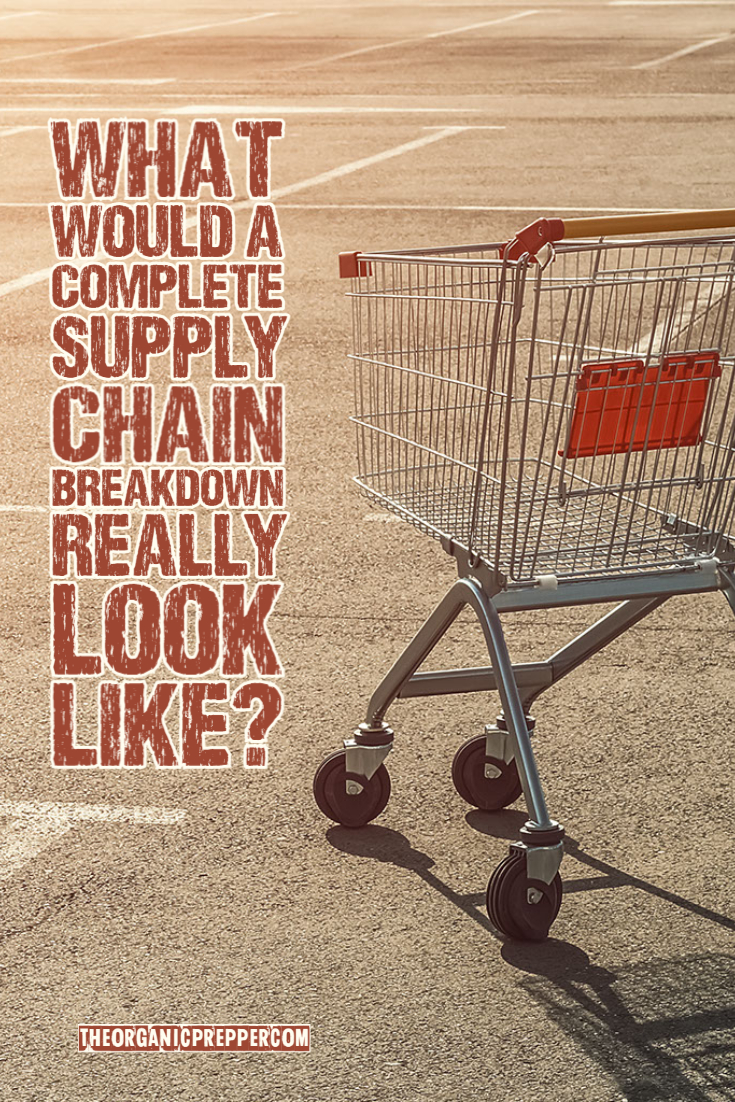