Why the Heck Is There a Chinese Police Station in NEW YORK? 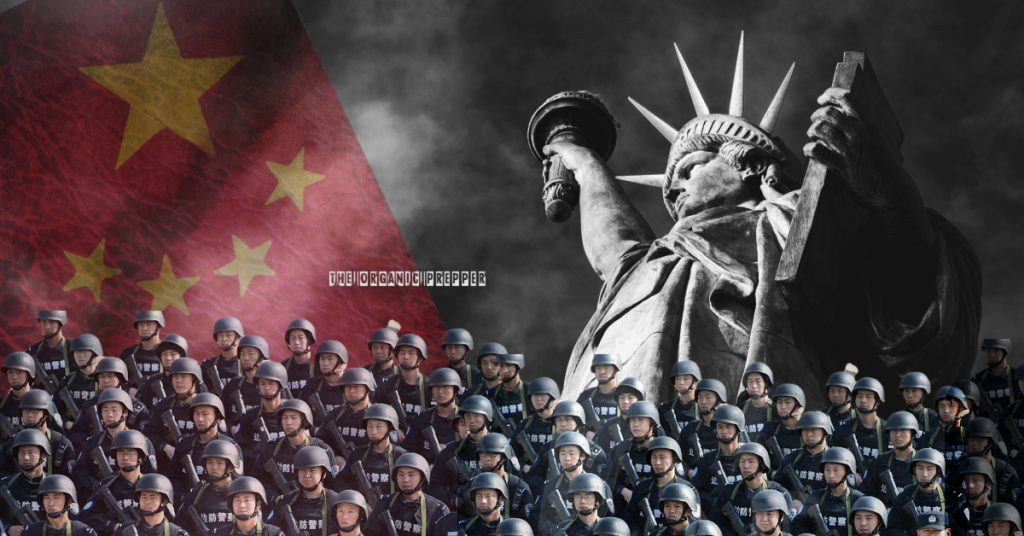 We’ve talked about all sorts of invasive ways China has put down roots in the United States, from an airstrip in Texas to buying up massive amounts of real estate that became available due to economic instability. China has vowed to police the internet of the whole world, and they’ve been caught spying on American citizens in America.

But this just might be the most unsettling yet.

Safeguard Defenders, a human rights NGO, has revealed that China has set up satellite police “service” stations all over the world, including in the United States of America.

What do you mean by “police service stations”?

Here’s what Safeguard Defenders had to say:

Police in China, in coordination with overseas association of Chinese, run by entities of the Chinese Communist Party, has established a series of overseas police “service stations”, in particular in Europe. In Spain, there are 9 such stations so far uncovered. While much of their work is to simply service Chinese residents, or tourists, evidence from the Chinese government itself now shows that one station in Madrid, has been actively working with Chinese police to engage in covert and illegal policing operations in Spain. (source)

And just what are these illegal policing operations? I’m glad you asked.

It’s bad enough that China uses these tactics within their own country, but it’s absolutely horrifying that they’ve been given carte balance to do this to people who aren’t actually in China.

What methods of persuasion are used?

Apparently, these 230,00+ people have been “persuaded” to return to China “voluntarily.” But how are they wooing them back? Not by any methods that are acceptable by basic human rights standards.

Official guidelines explicitly outline the different tools made available to “persuade” the targets to voluntarily return to China to face charges. These include targeting the purported suspects’ children in China, denying them the right to education, as well as targeting family members and relatives in a similar fashion. In short, a full-on “guilt by association” punishment to “encourage” suspects to return from abroad. (source)

Some examples of “persuasion” were reported by The Washington Times:

A Chinese woman running a restaurant in Cambodia was contacted by authorities to return to China in March, according to the report. The woman said she was not committing any fraud and was just doing business in the country.

Chinese officials then warned her in May that she would be put on a telecom suspect list and that they would cut water and power to her mother’s home if she didn’t return. Her mother’s home was later spray-painted with the term “House of Telecom Fraud.”

The report also cites Chinese media reports where other fraud suspects had relatives’ homes spray-painted with shameful messages and their power supply cut off.

It goes even deeper. Folks who aren’t persuaded may be kidnapped and returned.

There are two common ways: (1) kidnapping, which means using the methods of kidnapping to arrest fugitives back to the country; (2) trapping and capturing, which means luring criminal suspects to the territories of the destination country, the high seas, international airspace, or a third country which has an extradition treaty with the destination country, and then to arrest or extradite them.

(How do you starve the beast? Read our free QUICKSTART Guide to find out.)

The tentacles of the Chinese government are long.

Outwardly in place just to help Chinese citizens who are in other countries with administrative tasks, at least 30 police service stations exist outside of China.

The overseas service stations are primarily set up to conduct a series of seemingly administrative tasks to aid overseas Chinese in their community of residence abroad, but they also serve a far more sinister and wholly illegal purpose. While the evidence available so far suggests most transnational policing operations are carried out through the online tools of the domestically operated “overseas station,” some official anecdotes of official operations explicitly cite the active involvement of the Hometown Associations on the ground in tracking and pursuing targets indicated by the local Public Security Bureau or Procuratorate in China.

What’s more, there are nine countries in which Chinese citizens are forbidden – ahem, strongly discouraged – from residing.

The reason given that these countries are forbidden is the widespread “telecom fraud and fraud” that takes place there.

Even more troubling, there’s a Chinese police service station right here in the United States, where we at least outwardly pride ourselves on exemplary human rights.

The station is in New York City, in Chinatown. The address in the report is 107 E. Broadway, Unit 3A. Getting further information on this has been difficult. American Military News reports:

American Military News called two different numbers associated with the address, but in both cases, the person on the other end of the line replied that they don’t speak English and hung up.

The U.S. State Department did not immediately respond to an American Military News request for comment on this matter. (source)

But don’t worry, y’all. China promises to follow Interpol guidelines when they’re deporting people. Oh – oops. According to this report by Heritage.org, they confessed to abusing those protocols right here in the United States as recently as last summer.

Color me stunned. Stunned, I tell you.

First of all, why on earth are we allowing a foreign country to perform policing activities on our soil? The innocuous “services” these stations provide could easily be taken care of at the Chinese Embassy. The United States does not have an extradition treaty with China, and we are, therefore, under no duty to cooperate with their law enforcement activities. This seems to go against everything for which we stand.

Secondly, do we really think all 320,000 persuadees were guilty of fraud or is it possible they were merely dissidents or critics of the Chinese government? Officially, they are on the fraud list, but China doesn’t seem to have a history of innocent-until-proven-guilty.

And finally, are we absolutely sure that these police service officers are only targeting Chinese citizens? Is it possible they’re targeting American citizens of Chinese descent? Or even people with no relationship to China? Because of the extremely secretive nature of this situation, we can only take the word of the Chinese government for it. I’ll leave the level of trust you have in them up to you.

All I can say is: I have a real problem with this. It flies in the face of American sovereignty to have foreign police operating on our soil, putting into action their own agendas within their own guidelines.

Is it okay with you that China is performing policing actions all over the globe? Are you fine with a Chinese police station here in the United States? Are their methods of “persuasion” something we should allow here, or is it none of our business? Let us know what you’re thinking in the comments.