China is Spying on Millions of People. And They Aren’t in China 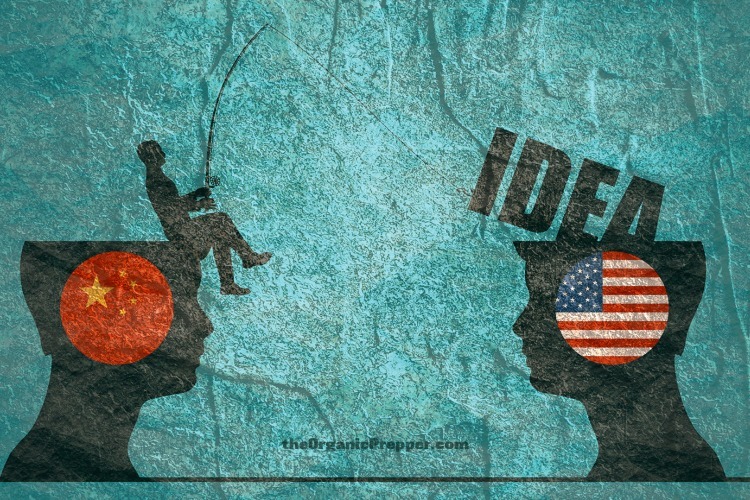 After years of constant media fear-mongering, a sizeable number of Americans continue to believe in the disproven “Russiagate” conspiracy theory.

Putin, the story goes, owns Donald Trump and engaged in a massive propaganda campaign via social media, hacking elections, and other collusion forms to ensure that Trump was elected. Now, Putin sits like Cobra Commander in the Kremlin, directed Trump’s actions, and Trump does what he is told.

Yet these same Americans harbor little fear of China, the nation to which America’s economy was sold decades ago (and the one who threatened to withhold all medical exports during a pandemic) and the only real aggressive empire (though admittedly the Russian bear is beginning to wake up) outside of the United States.

Despite China’s imperial ambitions, leftists all across the United States reacted in outrage and mockery when Donald Trump announced plans to ban TikTok, the Chinese owned social media firm. According to them, the idea that China may be using TikTok for nefarious purposes is beyond the scope of reality. It is yet one more conspiracy theory conjured up by Trump and Qanoons.

In a new report from VICE (not a Trump or Q sympathizer by any means) “China has Been Doing ‘Mass Surveillance’ on Millions of Citizens in the US, UK, Australia, and India,” Gavin Butler writes:

A Chinese technology company with links to Beijing’s military and intelligence agencies has been compiling personal information on millions of people from the US, UK, Australia, Canada, India, and Japan.

The database was put together by the private firm Zhenhua Data: a Shenzhen-based company that lists the People’s Liberation Army and Chinese Communist Party among its main clients.

Contained therein were the names and personal details of some 2.4 million people, including 35,000 Australians, 40,000 Britons, and many high-profile figures such as senior politicians, royal family members, religious leaders, and military officers.

Those details included dates of birth, addresses, marital status, relatives, political associations, and social media IDs. While a lot of data has been “scraped” from social media and other open-source material, some appears to have been sourced from confidential bank records, job applications, and psychological profiles and is believed to have been acquired via the dark web.

According to the ABC, one intelligence analyst described the giant global database as “Cambridge Analytica on steroids,” At the same time, the Telegraph reported that intelligence sources described the scale of information as “frightening.” Both publications were among the international consortium of media outlets that the database was shared with, including others in Australia, the UK, the US, Canada, Italy, and Germany.

Professor Christopher Balding, the US academic and cybersecurity expert to whom the database was initially leaked, described the revelation as “something akin to discovering the Holy Grail.

“What cannot be underestimated is the breadth and depth of the Chinese surveillance state and its extension around the world,” Balding wrote in a statement on Monday. “The world is only at the beginning stages of [understanding] how much China invests in intelligence and influence operations using the type of raw data we have to understand their targets.”

The intended use of the information contained in the database is not entirely clear. Still, Zhenhua Data—whose official website has since been taken down—claims it provides “services for military, security and foreign propaganda” and describes its mission as influencing the “great rejuvenation of the Chinese nation.”

The company’s chief executive Wang Xuefeng has also previously used the Chinese social media app WeChat to endorse waging “hybrid warfare.” A term that refers to unconventional methods such as cyber attacks, fake news, and electoral intervention to disrupt and disable an opponent without engaging in open hostilities.

China’s invasive technology has been used against its own people for years – everything from mining data straight from the brains of employees to sending reluctant participants to re-education camps to blocking millions who didn’t measure up in their social credit system from any type of travel. And now they’ve turned their attentions on us.

There are legitimate concerns here for those who sneer at the idea that China has amassed the deeply personal data of so many individuals outside of its borders. Note that China maintains both the personal data of elected officials and that of “regular” citizens.

The issue here is that China can use that data to manipulate those individuals through a professional understanding of their psychology (their desires, drives, biases, etc.). Even more so, it allows China access to data that those officials do not want out. In other words, it makes those officials susceptible to blackmail.

Even “ordinary” citizens could be recruited as Chinese agents to keep some of their most private thoughts or actions secret.

Don’t understand how this could happen? Just watch Black Mirror’s episode, “Shut Up And Dance.”

Given America’s constant kowtowing to China and the American industry’s shipping to that country over the past 40 years, it appears someone is already dancing.