Does the West Actually Care About the Uighur Genocide in China or Is It a Handy Excuse for Conflict? 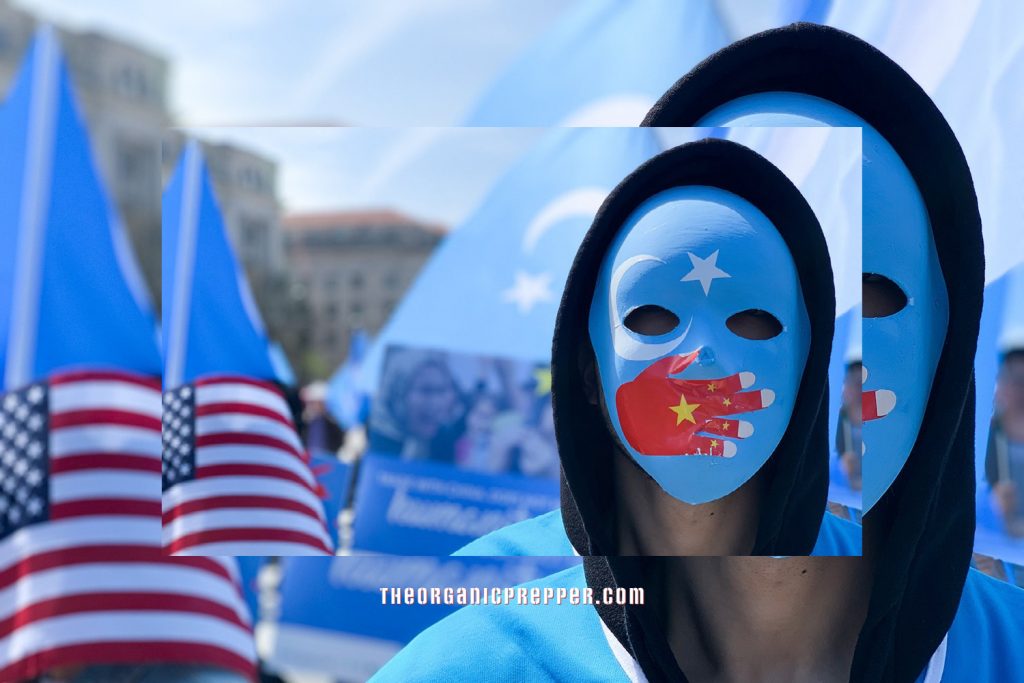 While the United States is busy showing signs of imploding, all eyes are focused on the Capitol protests, the Presidential Inauguration, and the parallel exit ceremony. But there are other things happening in the world that are showing the signs of apparent looming collapse not just of the United States, but of civilization itself.

While the West, if it does indeed want to survive into the future, is going to have to claw back its manufacturing sector and domestic supply chain from China, there are growing concerns that Western countries are more interesting in the idea of some type of confrontation with China, economic, military, or both that could result in disaster for all involved.

Canada has accused China of genocide.

One such example is the row between China and Canada that is taking place after a Canadian House of Commons subcommittee has accused the Chinese government of “genocide” in regards to its treatment of Uighur Muslims.

The committee’s report, tabled Wednesday, says that China’s persecution of this Muslim minority — through mass detentions in concentration camps, forced labour, state surveillance and population control measures — is a clear violation of human rights and is meant to “eradicate Uighur culture and religion.”

The committee said that it agrees with the experts who say China’s campaign against the Uighurs meets the definition of genocide set out in the 1948 Genocide Convention.

Zhao Lijian, a spokesperson for the Chinese foreign ministry, said today that this “so-called genocide” is “a rumour and a farce fabricated by some anti-Chinese forces to slander China.”

“Its groundless statement is full of lies and disinformation,” he said of the committee’s report, warning parliamentarians to “avoid doing any further damage to China-Canada relations.

“This is blatant interference in China’s internal affairs and reflects those Canadian individuals’ ignorance and prejudice. China firmly deplores and rejects that.”

The subcommittee on international human rights, chaired by Liberal MP Peter Fonseca, heard from witnesses who survived the concentration camps China has built to suppress Muslims living in this oil-rich northwestern province.

Committee witnesses described “deplorable” conditions where they were psychologically, physically and sexually abused and subjected to forced assimilation and indoctrination into the dominant Chinese culture.

Asked about the camps, Zhao insisted they are “vocational training and education centres” where religious “extremists” were educated in the “national common spoken and written language, legal knowledge, vocational skills and de-radicalization.”

“The aim is to eliminate the root cause of terrorism and extremism,” he said.

The Commons committee also concluded that Chinese communist officials have forcibly sterilized Uighur women and girls and pushed abortions and intrauterine contraceptive devices (IUDs) on hundreds of thousands in a systematic attempt “to persecute and possibly eradicate Uighurs.”

Witnesses also told committee members about a “poverty reduction” measure implemented by Beijing that forced Uighurs into camps to perform slave labour, making products that were to be sold in Canada and other western nations.

A recent report titled “Uighurs for sale” by the Australian Strategic Policy Institute found that thousands of Muslims have been used as forced labour in factories that supply companies like BMW, Nike and Huawei, among others.

But while the Western press and Western governments present Chinese Uyghurs as helpless minorities who are being violently repressed by the Chinese government for reasons of racism alone, the reality is somewhat different. As Brandon Turbeville writes in his article, “From Syria To Asia To Russia – Terror Network Organized By NATO and Turkey,”

The destabilization in Xinjang is yet another Western-backed movement designed to keep the Chinese economic powerhouse under control. For instance, the World Uyghur Congress, an international organization of “exiled Uyghur groups” that allegedly represents the “collective will” of the Uyghur people is nothing more than a Western/NATO front group. The WUC is directly funded by the US State Department through the National Endowment For Democracy (NED). On record, the NED provides the WUC with over a quarter of a million dollars every year.

The NED is responsible for organizing the WUC events and for most of the cost of doing so. Their annual meetings involve a number of Uyghur groups who come together with a host of Western officials, businessmen, and influence peddlers who attend to reaffirm their solidarity with the WUC Uyghur cause.

The official stance of the WUC is one of “nonviolent opposition” to “Chinese occupation.” It states on its own website,

The WUC declares a nonviolent and peaceful opposition movement against Chinese occupation of East Turkestan and an unconditional adherence to the international accepted human rights standard as laid down in the Universal Declaration of Human Rights, and adherence to the principals of democratic pluralism and rejection of totalitarianism, religious intolerance, and terrorism as an instrument of policy.

Yet, while it claims to oppose the use of violence, the WUC regularly justifies that violence or, at the very least, refuses to condemn it. As Tony Cartalucci writes in his own article “Turkish-Uyghur Terror Inc. – America’s Other Al-Qaeda,”

Perhaps the most appalling example of this was when it failed to condemn the 2014 brutal murder of prominent Uyghur imam, 74-year-old Jume Tahir, in front of China’s biggest and oldest mosque. WUC would denounce him as a “tool” of the Chinese government and even go as far as denounce China for sentencing his killers – Uyghur terrorists – to death for the horrific murder.

Clearly WUC not only finds it impossible to denounce terrorism, it willfully serves as rhetorical cover for it. (source)

So what is really happening here?

The truth is always hard to get at but the two apparently opposite viewpoints (that China is forcibly interning and “reeducating” Uighurs and that the Western intelligence apparatus is using that minority community as a method of weakening and stressing the Chinese government) are not mutually exclusive.

The truth is that both statements can be true at the same time.

Even the Chinese government does not deny that these camps exist and Western governments are openly in support of Uighur extremist terrorism.

So where are we heading?

Clearly, the West does not care any more about Uighurs than it does any of the people it routinely bombs overseas. Neither does the Chinese government have any interest in helping its minority population find meaningful employment.

The row over the treatment of Uighurs has more to do with geopolitical concerns as the two world powers – the combined shells of the West vs China – slowly marching toward some type of major confrontation.

Whether that confrontation takes the shape of economic warfare or direct military conflict, world civilization cannot handle warring superpowers in the age of nuclear weapons, technological dependency, and a world economic depression.

What are your thoughts on the situation? Is the West really concerned about the well-being of the Uighur Muslims or are they just looking for a handy reason for conflict with China? Let’s discuss it in the comments.