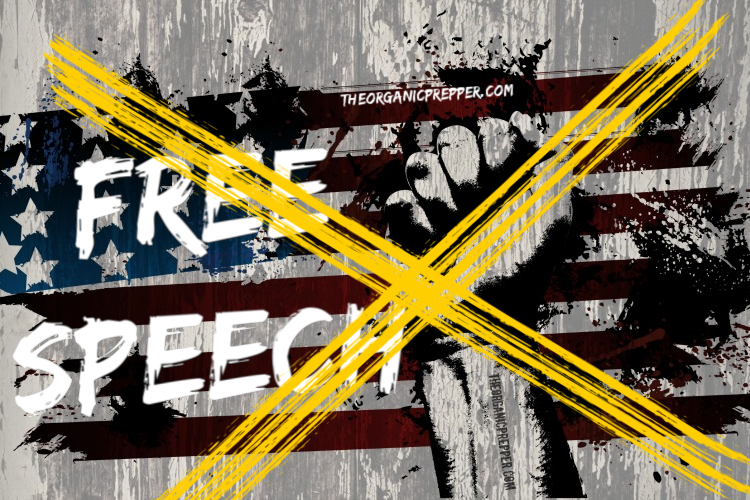 Of all the rights guaranteed to us by the Constitution, the First Amendment is arguably the most important. And despite the fact that we are country built on glorious dissent, a poll undertaken by the Campaign for Free Speech found that more than 51% of Americans are ready to give up the rights guaranteed by that amendment, deeming it “outdated.”

A Quick Primer on the First Amendment

“Congress shall make no law respecting an establishment of religion, or prohibiting the free exercise thereof; or abridging the freedom of speech, or of the press; or the right of the people peaceably to assemble, and to petition the Government for a redress of grievances.”

The basis of freedom lies within that small paragraph. If you want to be able to access information other than that which is provided by the government, or be able to speak out when you believe that the government is in the wrong without fear of governmental prosecution, then you should be utterly horrified that more than half of Americans are ready to just get rid of it.

But that might be because a whopping majority of Americans don’t understand the First Amendment. CFS reports:

80% don’t actually know what the First Amendment really protects. Those polled believed this statement is true: “The First Amendment allows anyone to say their opinion no matter what, and they are protected by law from any consequences of saying those thoughts or opinions.”

It’s actually not true. The First Amendment prevents the government from punishing you for your speech (with exceptions such as yelling “fire” in a crowded area to induce panic).

But more broadly, freedom of speech does not mean you are protected from social consequences for your speech. You may have the right to say something extreme or hateful and not get thrown in jail, but others in society have the right to shun you. (source)

Here’s what the Campaign for Free Speech’s survey found.

Despite (or maybe because of) not understanding the First Amendment, 51% believed that the First Amendment is outdated and needs to be rewritten to “reflect the cultural norms of today.” Nearly half of those surveyed (48%) believed that “hate speech” should be illegal, with half of those people considering jail time a reasonable punishment. The poll did not define “hate speech,” leaving it up to the respondent.

Bob Lystad, the executive director of the Campaign for Free Speech (CFS) told the Washington Beacon that “free speech is under more threat than previously believed.”

“The findings are frankly extraordinary…Our free speech rights and our free press rights have evolved well over 200 years, and people now seem to be rethinking them.” (source)

More than 60% of those surveyed wanted to see free speech curbed in some way.

Of the 1,004 respondents, young people were the most likely to support curbing free expression and punishing those who engage in “hate speech.” Nearly 60 percent of Millennials—respondents between the ages of 21 and 38—agreed that the Constitution “goes too far in allowing hate speech in modern America” and should be rewritten, compared to 48 percent of Gen Xers and 47 percent of Baby Boomers. A majority of Millennials also supported laws that would make “hate speech” a crime—of those supporters, 54 percent said violators should face jail time.  (source)

And since “hate speech” is such an arbitrary term dependent upon the whims of popular culture in many cases, that’s some pretty alarming stuff.

More alarming still are opinions on the free press.

Here at OP, we point out the shortcomings, biases, and inflammatory reporting of the mainstream media all the time. But that doesn’t mean we want to see them silenced.

That’s not the case for many of the respondents of CFS’s poll.

57% of those surveyed wanted to see the government crackdown on newspapers and TV stations that published “biased, inflammatory or false” content. 54% wanted journalists punished with a fine or a ticket, while 46% felt they should face jail time.

They differentiated between the mainstream media, who they felt “check facts, even if they are occasionally wrong or slanted” and alternative media, whom they opined “allow anyone to say anything.” 36% wanted to see a government agency reviewing alternative media content and 47% did not want to see that happen.

We believe that the alternative media is an important balance in this day and age of constant propaganda and that the attacks on alternative media support the fact that this type of independent journalism threatens the establishment. I’ve gone so far as to say that the destruction of alternative media and unpopular opinions can be likened to virtual book burning, a terrifying comparison for those who are familiar with the history of censorship.

68% of those polled wanted to see restrictions placed on social media speech.

Facebook was a particular topic of contention. (Beginning on page 13 of the survey.)

38% of respondents believed all speech should be allowed on the platform while 49% felt that “Facebook should monitor and restrict offensive speech and views.”

There are specific topics that rose to the top of the list of things that people wanted to see restricted on social media:

Social media itself may be to blame for the shift against the First Amendment.

Lystad cites an incident in which some college students recorded themselves shouting racial slurs at people of color and the video went viral.

Lystad said such incidents and the rise of social media may be behind the increased willingness of Americans to curb speech rights.

“I think [our findings] are fueled in large part because of a rise of hate speech, but traditionally, hate speech is protected in the First Amendment,” Lystad said. “The Supreme Court has upheld that principle time and time again.”

“Hate speech should be condemned, but legally, the answer to speech we don’t like is more speech, not censorship,” he said. “Our primary focus is education, and to help people better understand the First Amendment, free speech, free press, and why it’s so vital to our democracy.” (source)

If people can only access one government-approved point of view, freedom is dead. The free press, the freedom to speak our minds and not be prosecuted, and the freedom to peacefully dissent are all the very foundation on which liberty is built.

We’re far more restricted than we were decades ago and the trend seems to be taking us downhill into complete censorship faster and faster. But the answer isn’t more legislation because as we learned by the Patriot Act (anything but patriotic) and the Affordable Care Act (far from affordable for most Americans) when the government gets involved, the results are generally to the benefit of the government and its cronies, and quite the opposite of how they’re portrayed.

It’s simple. Learn to scroll past things with which you disagree or even engage in a productive discussion. Stop tattling on one another over words. Quit being a crybaby because somebody said a mean thing on the internet.

You can choose not to engage in circles with which you disagree, but trying to shut them down only leads to censorship.

Free speech and free press are the only antidotes to propaganda. You may not like hateful people or anti-vaxxers or voters of a different ilk, but when you silence them, you have to know that you’re opening the door to be silenced yourself when your line of thinking becomes unpopular.

Then you’re looking at a world with only one point of view – the approved point of view of the government. Selco has warned us what happens when that world occurs and we need to look no further than China to see that world in action today.

What do you think about this? Are you surprised or is it what you expected? I think that the end of free speech and free press would be the end of our country as we know it. I’d love to hear what you have to say in the comments.​​