Hacks, Lies, and Censorship of the Non-PC 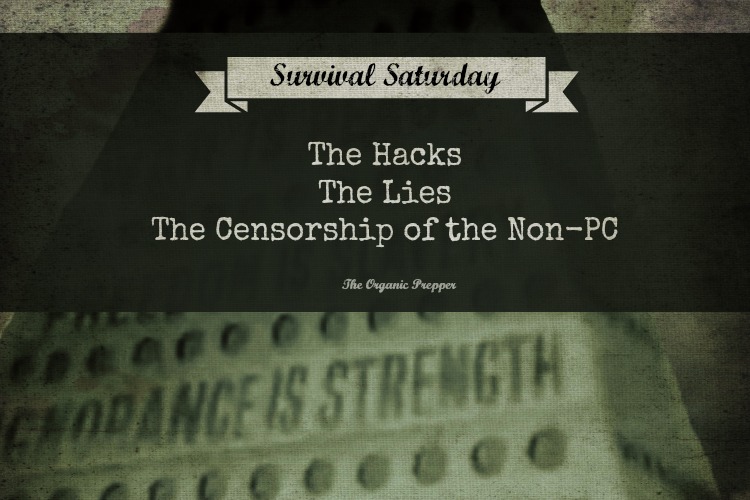 This week on Survival Saturday, we’ll discuss the latest hacks, the latest lies from the mainstream, and the censorship of the non-politically correct voices.

Remember the Ministry of Truth in 1984, the classic prophecy of George Orwell? It was the propaganda wing of Oceania, and its purpose was to rewrite history to fit with the government’s narrative, going so far as to falsely create archived documents to support their version of “the Truth.” Only the government-approved version of events was allowed to be disseminated and the slogan, “Ignorance is Truth” couldn’t possibly be more apt than it is today.

Facebook Censorship: The Truth About CNN’s Misrepresentation of Milwaukee Uprising Is Hate Speech

This week, I wrote an article about the riots going on in Milwaukee, Wisconsin. The riots were in response to another police shooting of a black man – but in this particular case, the man shot was pointing a gun at the officer who shot him. Oh – and both the perpetrator and the police officer were black.

Somehow, though, this still escalated into a “race” issue and the subsequent protesting, rioting, and burning followed the all-too-familiar path of Ferguson and Baltimore. There are many hands at work making these situations worse than they have to be – politicos make a fortune by “pimping” the race issue. Race grievance has become an industry and a tool for manipulation, and although many of the people who want to effect change do have good intentions, they’re being exploited by those who fuel the racial tension fires in order to gain money and power.

The crux of my article was some tricky editing by CNN. The network made it seem as though the shooting victim’s sister was calling for peace with some nifty editing, but the real, uncut video showed that she was simply telling people not to riot in their own neighborhoods, but to, instead, “Take that sh*t to the suburbs.”  (You can see both videos here for comparison.) The only inflammatory language in my article was when I quoted the woman who wanted the white suburbs of Milwaukee to be burned down. However, Facebook locked down my post and made it where most people couldn’t see it or if they could, they couldn’t share or comment on it.

“Did you hear about CNN’s fancy editing to make it sound like the sister of the man shot in Milwaukee was calling for peace? Here’s what she ACTUALLY said, and it’s why you need to get prepped for civil unrest, no matter where you live. (PS: Don’t expect any warnings from the mainstream, either.)” 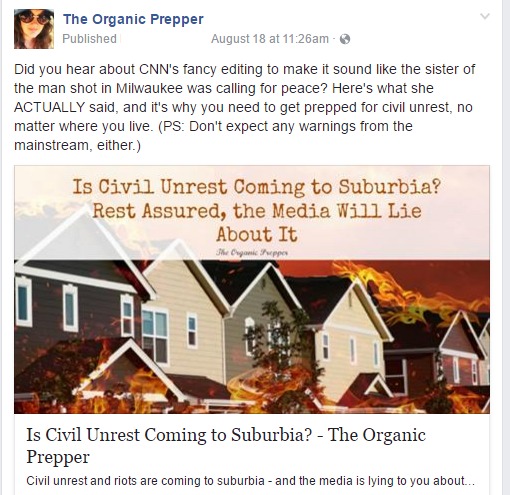 Facebook censorship of non-liberal opinions is nothing new. Fox News documented 10 times when Facebook blatantly censored conservative or libertarian opinions. They cracked down on harmless, arbitrary content while allowing hate-filled content from groups like the Black Panthers, too. The game is rigged and the truth, it seems, really does hurt.

This whole Zika thing has seemed strange to me since the very beginning. There are many things about it that simply don’t add up. (You can find a list of the 6 strangest things here, in this article.)

This virus, that was thought of as relatively harmless up until about a year ago, is capturing scary headlines everywhere – check out all of the alarmist articles here on this Google News page. Be watching for a terrifying “cure” that they’ll want to inject into everyone soon. 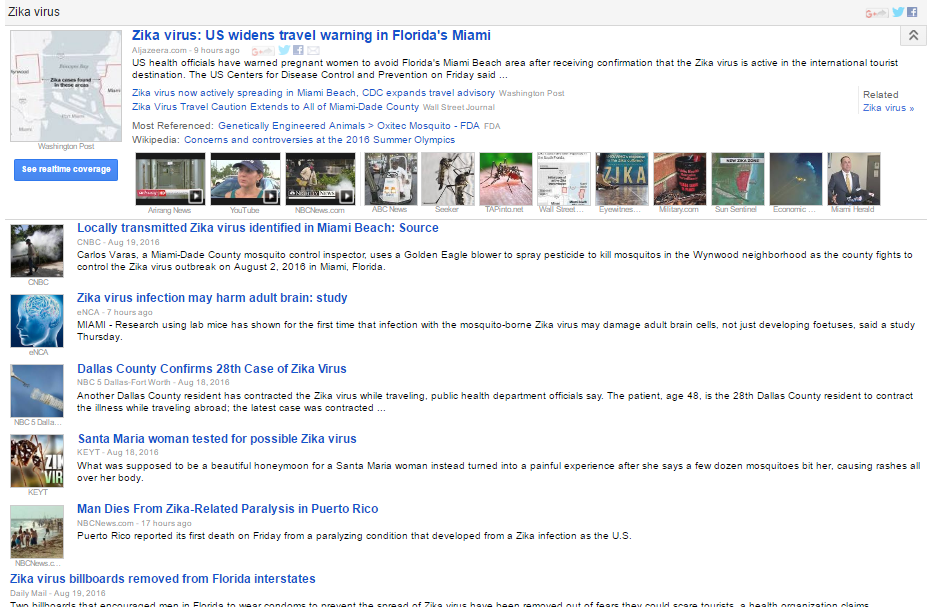 For some down-to-earth, no-nonsense information about the Zika virus – because despite the hype, there actually is a virus – check out The Zika Virus Handbook, by Joe Alton (aka Dr. Bones).

So Now America DOES Negotiate with Terrorists

Do you remember when I said that the $400 million dollar payment that Obama made was obviously a ransom payment, even though the administration denied it? Yep. They lied. It was a ransom payment. Or what they now call it, “deliberately leveraging the moment.”  Mmmhmmm….

I move that all future and current presidents must watch Air Force One at least annually, or as a refresher any time they feel the urge to put a price tag on the heads of American travelers by paying a ransom.

Hack of the Week: Soros

At this point, I think at this point “Hack of the Week” could become a recurring segment of Survival Saturday.

This week’s hack was brought to us by DC Leaks, who uncovered part of George Soros’ mad dictator plot to take over the world. DC Leaks hacked into the records of Soros’s foundation and discovered (big shock) that he has indeed been pulling the strings in much of the civil unrest here in America. (Here’s a synopsis of what the hack exposed.) What’s more, he has been the puppetmaster behind “almost every revolution and coup around the world for the last 25 years,” including the destabilization of Europe due to the influx of Middle Eastern immigrants who refuse to assimilate into their culture.

This hack exposed the entire scheme, but yet again, the mainstream media is blaming the hackers and not the people doing the awful things that got exposed. (Continue reading the article linked above to learn about how the media is calling the hackers “dangerous.) Raise your hand if you’re surprised – anyone? Hello???

Because Survival Saturday has been so popular, I’ve started a second website. This site is news and opinion, and much like Survival Saturday, will be brief updates with lots of links for more information. Some readers come here strictly for preparedness and self=reliance information and have no interest (or flatly dislike) discussion of politics, conspiracies, and current events. Out of respect for the folks who have been reading this information and supporting my site since the beginning, 3 years ago, I decided to separate this information into two websites so that Organic Prepper can remain true to its original purpose and focus on food, preparedness, and self-reliance.

After this week, Survival Saturday will move to the new site.

Please check out DaisyLuther.com and let me know what you think. (Warning: It’s very different! But kinda cool!)

This Week on the Newsblog:

The Salt Gun: Bringing Hot Sauce to a Gun Fight

6 Weird Things About Zika That Don’t Add Up

This week, Louisiana is facing flooding of historic proportions. Early in the week, supplies had to be air-dropped to over a thousand motorists who became stranded for more than 24 hours by floodwaters as they were trying to evacuate the area. (This highlights the importance of a survival kit in your vehicle so that you don’t have to starve while waiting for things to be air-dropped to you.)

More than 40,000 homes in Louisiana have been damaged and 4000 people remain in shelters because they can’t go back to their homes. 13 people have died due to the flooding and 75% of the homes in Livingston Parish have been completely destroyed. Presidential hopeful Donald Trump canceled a fund-raiser in New York to fly to Louisiana with his running mate, Mike Pence, where they were warmly welcomed by flood victims.  Trump and Pence were snubbed by the state’s governor, who called it a photo-op. Meanwhile, President Obama did not cut short his New England golfing vacation to visit Louisiana. The White House said that “President Barack Obama was unlikely to break from a New England vacation to survey the damage, despite calls for him to visit and meet with responders and victims.”  Priorities, you know. He’ll go next week when he’s finished vacationing. Hillary Clinton has also been a no-show, but after Trump’s visit, she did call for an update.

Of Interest to Preppers

How to Prep Your Vehicle for Emergencies

Check out the Aqua Pail, a new filtration device that will remove or deactivate virtually all harmful substances from any non-salt water source

Which Items Will Disappear First During A Major National Emergency?

Do you have any news links you want to share? Now’s the time! Please post your links in the comments below and join the discussion!