My 7 Worst Gardening Mistakes and What I Learned From Them 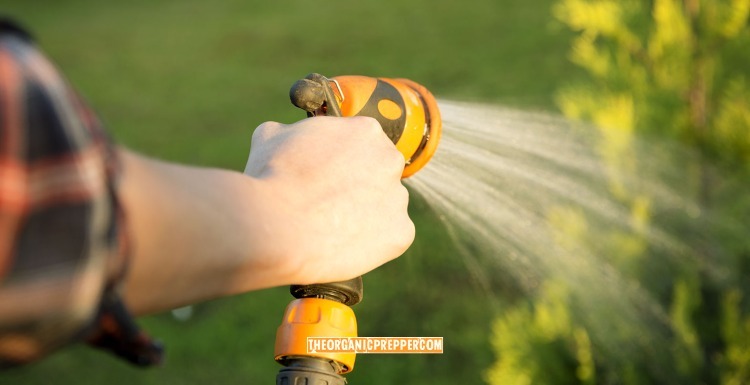 This time of year is when my garden has been active for months, and my worst gardening mistakes become evident. Every year I tell myself, “I’m going to do THIS next year, and things will turn out better!” And they usually do, though I reliably manage to make some utterly different mistake the next time around. I thought it might be helpful for beginning gardeners (and possibly entertaining for experienced gardeners) to compile some of the biggest mistakes I’ve made over the years.

Mistake #1: Not Doing the Research

It didn’t occur to me to read the seed packets or Gulf Coast-specific gardening books during my first year of gardening in Houston. I just did exactly what I’d done in Chicago.

I started reading up on tomatoes and did a little better the following year, though my cucumbers tasted awful. Like the tomatoes I’d planted too late, and the hot weather made them almost inedible. I can’t emphasize enough the importance of reading up on plants and knowing your growing zone. Especially if you’ve moved cross-country or are gardening for the first time. Timing and varieties are so different from place to place.

Gardening is challenging for anyone, anywhere. Sometimes you have to make changes and adjust. Dennis revamped his entire garden and got great results. Read more about that here.

Mistake #2: Assuming the Critters Won’t Get In

Another mistake I made in Houston was assuming that property boundaries were inviolate. We had a nice privacy fence and no pets, so I didn’t plan for any kind of animal protection other than bird netting. I was pretty disappointed when neighborhood cats started using my garden as a litter box. Aside from the disgust factor, cat poop is also dangerous for pregnant women to handle due to some diseases they spread. And this was right in the middle of my childbearing years.

We got some plastic sheeting from Home Depot and wrapped it around posts at the corners of the garden. It was only about two feet high, so it was still easy for me to step over. But, the cats must have disliked the smell because that stopped them.

Daisy knows all about the critters getting in and eating your garden! She shares that and others stories in this article.

Mistake #3: Too Much of a Good Thing

I got the hang of gardening in Houston just in time to move to a totally different climate, the High Plains in Colorado. When I got my property here, I did the right thing in getting my soil tested the first year. I found the soil is very alkaline and low in organic matter. I started adding whatever organic matter I could to the soil.

When I started keeping chickens, I dumped soiled bedding from the coops into the garden and noticed improvements. I kept doing this for a few years. In 2017, I got three goats, and in 2019 two alpacas and two lambs. I kept dumping soiled bedding onto the garden, not paying attention to recommended composting times.

That Was a Big Gardening Mistake

I got no potatoes or rutabagas in 2019, and my corn yield was lower than it should have been in 2020 because my plants got a blight disease caused by too much nitrogen.

I did some research, and my garden is on the mend. However, it may be a few years before I can grow potatoes in that one particular part of my garden, as they seem to be most sensitive. I added no fertilizer whatsoever this year. I also planted pumpkins and squash in the most over-fertilized part of the garden because they are known to soak up excess nitrogen without succumbing to disease.

I greatly expanded my compost area. Now, I dump all the soiled bedding into that to allow it time to break down before I put it in the garden. When I only had chickens, the garden could digest the small amount of manure. My chickens spend most of the time outside, so a lot of the chicken manure ended up in the pastures. However, the addition of manure from the four-footed animals was too much, and I needed to adjust. I am now far more conscientious about composting times.

Speaking of chickens, you can read about adventures with raising them and what worked the best for me and my chickens, here.

Mistake #4: Watering With a Hose Works, Until it Doesn’t

Another big mistake I made during my first few years in Colorado had to do with irrigation. I’d gotten away with using a hose to water in Chicago and Houston. I rarely needed to water at all in Chicago. I needed to water sometimes in Houston. We lived there during a significant drought in 2011. We didn’t water the lawn, but we watered the vegetables, and I always just used a hose.

Central Colorado was different. It is so windy, I would spray things with a hose only to have most of the water blow away. I spent so much time watering the first couple of years. If I wanted something to sprout, sometimes watering two or three times a day was necessary.

It Seemed as if Everything Dried Out Within Minutes

Eventually, I installed drip lines, and what a difference they made. It took me longer than it should have to install the drip lines. I read about them, but the setup looked complicated. I lacked the confidence to jump in and figure it out. I think drip lines are more work than usually advertised. A great deal of my time is spent monitoring and fixing leaks. But the fact that water does not get blown into the air is invaluable in my dry, windy part of the country.

My inefficient watering was because I did not adapt to the change in climate between Houston and Colorado enough. I developed a particular way of doing things in Houston that did not work in Colorado. It has taken me years to work out all the kinks. I still water most days, but it’s much less work. I never water more than once a day, and things sprout up just fine.

Even though a great deal of the Western United States is suffering from drought, your garden doesn’t have to suffer. Read this article on how to make sure your plants get the water they need.

In Houston, we kept everything mulched all year. I had two big gorgeous pine trees in my front yard that provided us with plentiful mulch in the form of pine needles. It looked great, saved water, and minimized both weed and insect problems. I started off mulching everything in Colorado, but noticed my plants were taking forever to sprout.

After some research and thought, I realized that the mulch prevented the soil from warming up in the springtime. So now, I plant my peas and potatoes and then wait until they’ve sprouted before adding mulch. Unless we’re expecting a freeze, in which case I add a lot of mulch to protect the seeds.

Gardening involves a lot of flying by the seat of your pants.

I’ve done so well on peas the last few years I figured I would plant more than usual this year and freeze them. The peas always seemed to be fine without trellising, so I never bothered. We got a lot of peas this year, but I will absolutely trellis next time.

First of all, without trellising, harvesting was a mess. I had to spend so much time digging through masses of plants. Second of all, trellising keeps the plants healthier. We had more rain than usual this year, and some of the plants started getting a little mildew on the bottom. That never happened before in Colorado, but trellising would have prevented that.

In general, I’ve been super grateful for the moisture this year. My pastures are still somewhat green, which is unusual in July. But it has had some unpredicted effects. I went on a trip for the first two weeks of June. I had some personal things I needed to take care of, which was fine. However, I missed my hoeing window and have been paying for it ever since.

For sizeable gardens, hoeing is an excellent, cheap, organic method of controlling weeds. But it really only works when the weeds are small. You can’t pull out some beast with roots six inches deep using a hoe. Unfortunately, that is what I returned to when I got home. I had been working on hand-pulling until I injured my hands. (It just never ends.)

Gardening is a Journey, and You Can Always Make Improvements

Sometimes you just have to surrender and let the plants do the best they can on their own. I think they will be okay, provided we don’t get clobbered by another hailstorm. Some years are better than others, but we get something every year.

What changes have you made? Has anyone else had to rethink their gardening styles after cross country moves? What will you do next year to make your garden better? 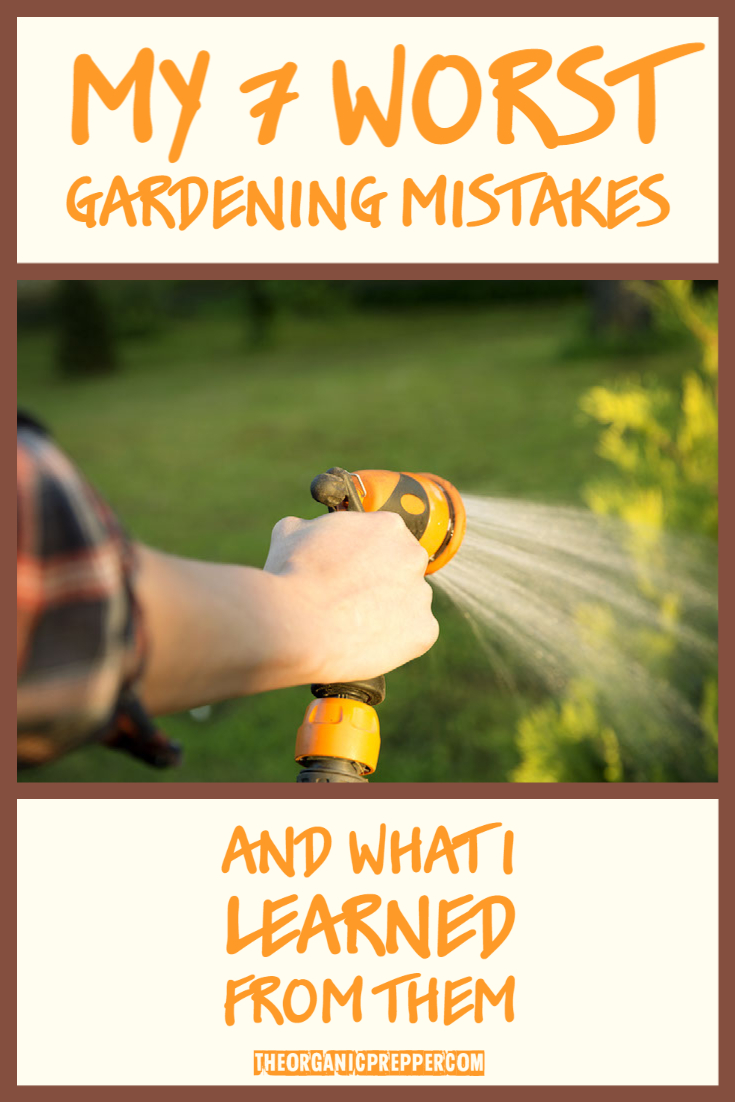