Are You Feeling the Urge to Homestead? Here’s Some Honest Advice 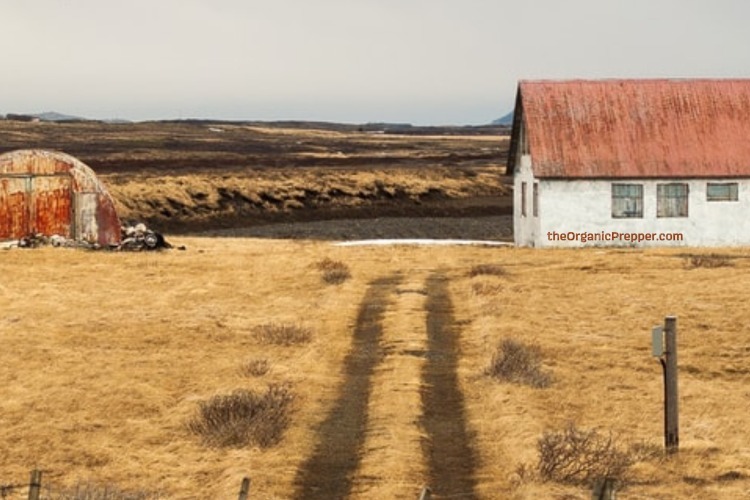 On the surface, “homesteading” looks like frolicking outside in the dirt all day and then sitting down to a delicious scratch-cooked, home-raised meal in the evening. Sure, that is part of it. But, having a functional homestead involves a lot of different skills.

I remember telling my dad once that it felt like farming was more about construction and small engine repair than anything else. My dad laughed and told me my brother (who works in a large agricultural facility) had just told my dad that “…farming was mostly figuring out how to keep old diesel equipment up and running.”

There are likely harder times ahead

Many people have been increasingly concerned about supply shortages. And rightly so. Where I live, outside of Denver, the grocery stores have not gone back to normal. I have three children myself, and the apparent breaks in our supply chain are unnerving. It is easy to get overwhelmed.

People tell me how lucky I am since the lockdown. My kids and I raise most of our meat and grow a fair amount of our vegetables. I’ve got about 1300 square feet of vegetable garden these days. I’ve also got four acres on which we’ve raised chickens, sheep, and goats for food. We’ve got a productive chunk of land, but it all started as a little backyard suburban garden.

We are all vulnerable to some degree

To have this land we grow so much of our food on, I live in a lightly policed, unincorporated area. As a petite divorcee, I’m an easy target, and I have had to deal with a lot more crime than my friends living in planned, policed, regulated subdivisions.

I left the suburbs to get away from consumer culture, and it’s not something I would lightly recommend. I know plenty of people my age, mostly married professionals with no more than two children, who are content to work from home and order everything online.

That’s all well and good for them. But I know others out there who want to become more independent, in one form or another but aren’t sure where to start.

Lifestyle changes are hard, sometimes more than you can imagine

Change is hard for most of us. If you are considering homesteading or any other significant change, I recommend starting with one thing at a time. If you try to change too many things at once, your chances of getting frustrated and giving up become a lot higher.

Here’s an example of the frustration I experienced from too much change. I am the oldest of eight children, and my parents had very little money. My mom used cloth diapers, and, as the oldest, I was cloth diapering like a pro by the time I was in middle school.

When I had my first child, I assumed I would just cloth diaper too.

After all, I had a ton of experience with cloth diapers. It would be no big deal, I thought.

Turns out my assumption was wrong

I had my first baby via C-section and had a hard time moving around for months. Trying to put a cloth diaper on a wiggly newborn was overwhelming. I remember bursting into tears and saying to my incredibly exasperated now-ex-husband, “I did this all the time when I was twelve! Why can’t I do it now?”

Well, for one thing, I was exhausted from surgery and emotionally overwhelmed with a new baby. My newborn had problems breastfeeding, and I was in constant pain. Additionally, I wasn’t giving my twelve-year-old self enough credit; there’s a bit of muscle memory involved in using those old-school cloth diapers with pins. I hadn’t spent much time changing babies for almost ten years before having my own.

I’m nothing if not obnoxiously stubborn, and I stuck it out. But, when I was expecting my second child, I recalled how frustrated I was the first time around. I told myself I wasn’t going to worry about cloth for the first three weeks. I’d get adjusted, get the baby nursing properly, and then I’d get back to the cloth diapers. It worked out very well.

When my third child came along, I was fortunate to have the help of my sisters and a lovely church group. Again, I gave myself time to adjust, and I was back to using cloth diapers by the second week.

“The New Normal” can actually be better for some

Don’t get me wrong. I’ve come to hate that phrase with an unholy passion. My personal belief is it’s being used by people in power to coerce us all to go along with whatever new edict various state governments come up with.

However, there is a world of difference between passively accepting a lower standard of living and choosing which of your existing skills and interests to pursue to help you simplify your life while you still have time.

I’m not saying everyone has to cloth diaper or grow their own food. But, I firmly believe we all have something we are meant to do in life. Something that doesn’t involve quite so much time staring at screens. It could be gardening, animal husbandry, home education, weaving, metalworking, something we have a knack for and enjoy, and something that would also come in handy in an SHTF situation.

If you don’t have a green thumb or five acres out in the country, don’t despair

Progress toward true homesteading is about shortening the chains between production and consumption. Is it more expensive? It can be initially, but it’s also more resilient. However, most of us saw last spring just how fragile homesteading could be.

If you want to be part of remedying that fragile situation, the time to prepare is now. I think many of you may have been feeling a nudge to “get ready.” Stocking up on food is a good start, but to truly prepare, we need to plan ahead in terms of skills as well.

My little mini-farm began as a love of gardening. I grew up in the suburbs of Chicago. My family originally gardened to put a dent in the grocery bill and the trash bill. In our particular suburb, you had to buy a tag for each garbage can. We saved a lot of money by composting: the garden ate our waste and fed us in return.

College and work kept me from gardening for quite a few years. But I started up again with a vengeance after my brother was killed in action in Afghanistan. At that time in my life, I had a toddler, was seven months pregnant with my second child, and lived in my own little suburban house.

I realized then I loved gardening even more.

If you have some skill or craft you’ve felt the itch to pursue, now is the time. Just start and see where it takes you. I would love it if things settled down, law enforcement got back to normal, and all of the toilet paper returned to the grocery store shelves.

But that may not happen, and in this strange new world, we that do not fit the prescribed norm of professionals working from home may find ourselves looking for different supply chains or finding new ways to become independent and self-sufficient.

Where I live was mostly a farm town when I moved here in 2014. Since then, most of it has integrated into Denver’s sprawl. During the lockdown, I was part of a “Buy/Sell/Trade” for a suburban group and a rural group.  During the lockdown, the rural group immediately starting talking about trading goods and services. I traded eggs for toilet paper. It was nice to see how many people out there are still resisting the massive push to do everything online.

Having a trade community is excellent, as long as you have something to bring to the table

If you are anxious about another lockdown, more shortages, or an SHTF event, I encourage you to use any spare time you have to pursue and sharpen your skills. Plan that garden; join that knitting club; take that class on welding.

Functional economies are organic; they grow out of people’s natural desires and interests.

There is a lot of uncertainty about the global economy and the world itself. Still, small groups of semi-independent people can survive if they are able to work and willing to do so.

If you feel the coming changes and are considering a homesteading life, the time to start simplifying and adjusting is NOW. If you wait until the S has already hit the fan to start raising your food, you’ve waited too long. 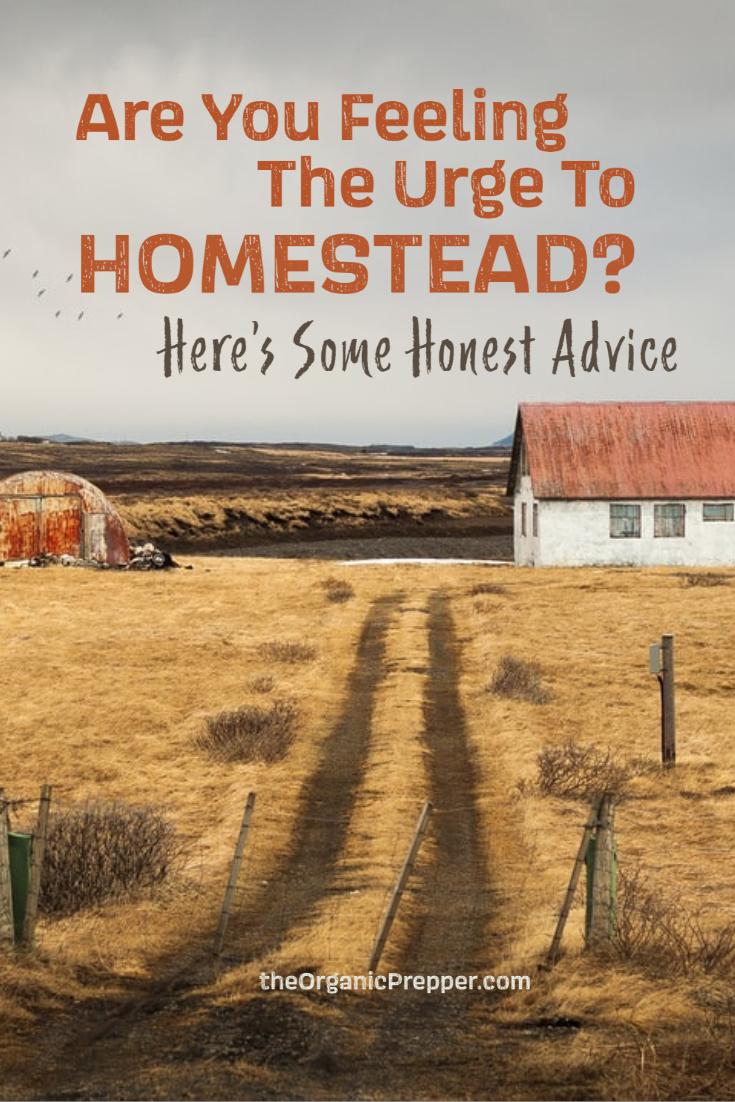