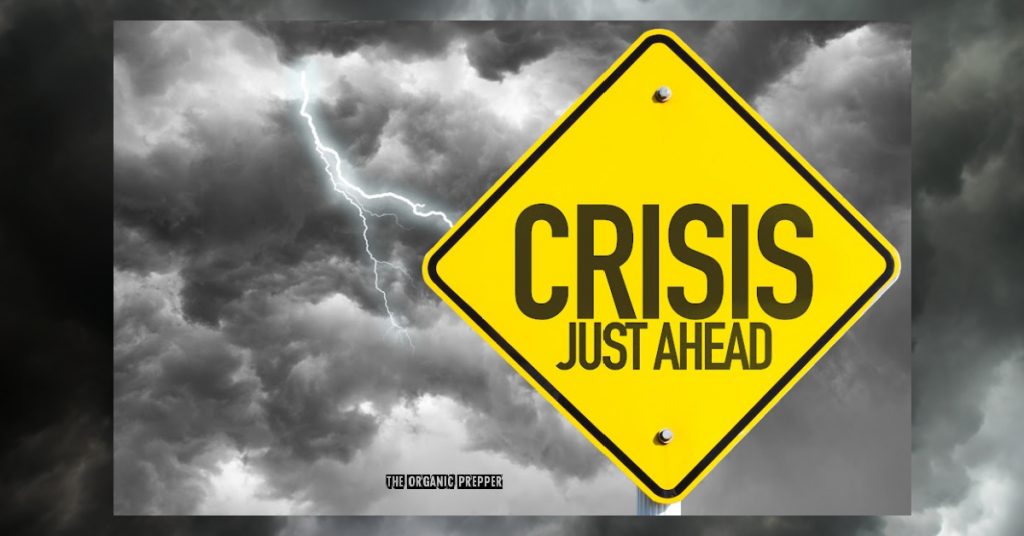 Look at what is currently happening in the world around you and use that information to make deductions. When you see storm clouds on the horizon, you’re able to deduce that a lightning storm is on its way, preparing accordingly.

What storm clouds are on the horizon? Perhaps these are indicators you may want to pay more attention to.

For starters, Belarus has removed its nuclear sanctions, meaning that Russia can now move nuclear weaponry into the country.

Belarus is adjacent to both Ukraine and Russia and was used as a staging point for the Russian invasion of Ukraine. This lifting of sanctions could easily be the legal logistical move needed for land-based tactical nuclear weapons to be brought into the region.

Taiwan suffered a power outage that took down a third of the country’s power supply last week. Seven cities – including the capital – were hit by the power outage in what was allegedly due to a “malfunction of equipment.”

If you remember the Stuxnet hack of Iranian nuclear centrifuges, you’ll recall that it was technically a “failure of equipment” that caused catastrophic damage to the Iranian nuclear program. I don’t believe for a second that a third of a country just “accidentally” lost power as a result of unforeseen entropy.

Cyberattacks set the stage for war. War revolves around logistics. Only when the stage is set, do the soldiers take the field.

Do you believe that the free market can tell us about what the public at large is thinking? I do. If you find yourself believing the same, just know that as of this writing, Cresson Kearney’s Nuclear War Survival Skills book has sold out on Amazon. Mr. Kearney’s book is also available at several different places online at no charge. (Here’s one such link.)

We’ve most certainly been pushing that book here at The Organic Prepper, but our site alone surely can’t be attributed to the selling out of such a popular book. Interestingly, it’s difficult to find Geiger counters on Amazon that are in stock at the moment as well.

It appears that the world is taking the threat of a nuclear attack seriously. Are you as well? We put together a quick anthology of all our nuclear preparedness and information articles that you can get here and name your own price. If times are tough, pay as little as you like, and if you want to support the site more, pay as much as you like. This is information available on the website in an easily printable format so you can get a hard copy immediately.

(And get your food supply together! Check out our free QUICKSTART Guide on building a 3-layer food system.)

The World Economic Forum has recently removed all mention of Cyber Polygon from its website. Regular readers of The Organic Prepper will be familiar with the name of Klaus Schwabb and Cyber Polygon being his “prediction” of a global ‘cyber pandemic’ in the very near future.

(No, I’m not linking to this. Somebody tried to hack my computer when I started researching this.)

Why would any reference to it have been taken down? Plausible deniability? The rewriting of history? Will the WEF website be hit by the cyber pandemic, or will it only be sites that have mentioned the phrase “Cyber Polygon?”

Just last month, Russia banned all exports of fertilizer to America. We discussed the ramifications of that at length previously.

Is it not strange that in the same month, we suffered a massive fire at a fertilizer plant in North Carolina? And then, less than a month later, another large fire erupts at a fertilizer facility in Yakima, Washington? Through all the reports I’ve read of the Yakima fire, I’ve yet to see any mention of anybody being present when the fire started.

Everything I’m reading makes it sound like a bunch of workers a ways off looked over and noticed a building was on fire all of a sudden.

I’m not ruling out sabotage.

As has been pointed out, the damage to these plants is enough that it will impact American fertilizer production for at least three years. Organic farming is the way to go, but the fact of the matter is that commercial farming in the US needs fertilizer. Without it, those crops are not going to grow.

Putin’s family is in a bunker?

Putin has allegedly moved his entire family into a secret bomb shelter somewhere deep in the heart of Siberia. You know, just normal stuff.

Verizon was out late last week throughout the East Coast. While it was only for a matter of hours, it affected almost the entire Eastern seaboard—nothing to see here.

RT, or Russia Today, is the Moscow version of CNN. It’s the state-sanctioned propaganda arm of Moscow. The American branch of RT was RT America. They just fired all of their staff and shut down the operation permanently.

If this was simply their temporarily laying off employees with the expectations of opening again a few months down the road due to negative public perception would be one thing. But to permanently shut down the office and to fire all the employees tells me that RT America has zero hopes of staying open for business within the United States for the foreseeable future.

What does this all mean?

Somebody asked me last week how we would know when things were going to begin to herald the dawn of America entering World War 3. My response was that it would be after we saw several strange acts of sabotage reminiscent of the Ukrainian pipelines mysteriously exploding a week before the Russian invasion.

Nothing overt, mind you, but instead, orchestrated strikes against vital parts of American infrastructure that on the surface didn’t seem like they were important for national defense. If a military airfield goes down, everybody knows it was the bad guys. But if its fertilizer plants catching on fire? Well, hey, that is technically possible, right? There’s a chance this is just one large coincidence, right?

These are the things you need to start thinking about now. Because when I take an honest look at all that’s going on around me, I can’t help but think, “Well, this bodes well.”

There are storm clouds on the horizon.

What are your thoughts? Let us know in the comments below.