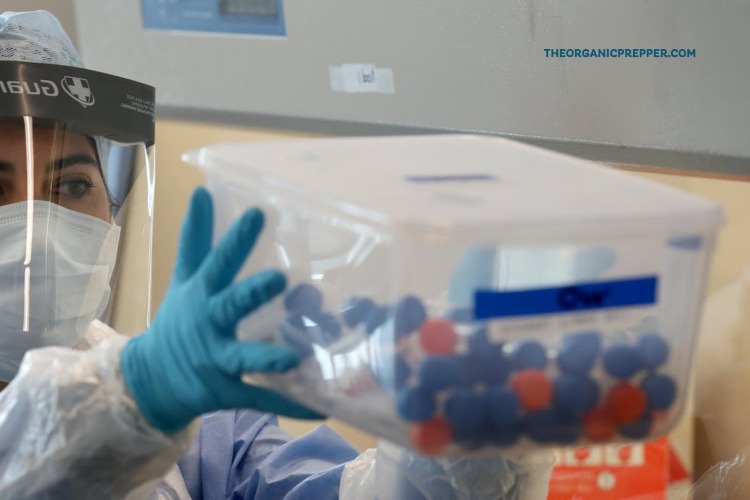 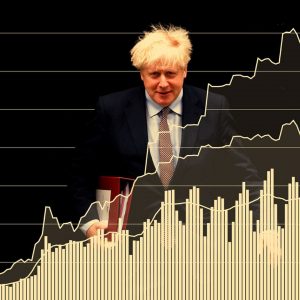 Those who have watched the police state grow over decades have known that as the UK goes, so does the rest of the Western world.

Unfortunately, the UK population the testing grounds for intrusive and totalitarian policies that will be implemented in the rest of Western Europe and, after that, the United States.

Many researchers warned about early on (when the COVID hysteria was reaching fever pitch) that the threat of a pandemic would be used to usher in methods of control the world has scarcely seen. Contact tracing, lockdowns, mandatory masks, and now COVID passports..

Everyone who warned us of what was coming was labeled “conspiracy theorists” by media, government “officials,” and hysterical citizens. Now contact tracing is in full effect, lockdowns have been ongoing for months, mandatory masks, and now COVID passports.

All these things were announced and unveiled by the same media outlets and government officials that denied the very possibility of their existence only a few months ago.

COVID Passports would give those who test negative the ability to return to “normalcy”. They would be able to attend sports events, concerts, got to work and school, without wearing masks. The proposed 20-minute tests that would allow this to happen have been suggested by Prime Minister Boris Johnson.

Many people say these rapid, cheap tests are still in the development process and have not been approved. The likely hood of false positives and negatives would do nothing but create confusion and chaos. The entire process of developing these tests would require testing technology that does not yet exist.

In an article written by Tom Shearsmith for The Industry

Prime Minister Boris Johnson has suggested in today’s live broadcast Coronavirus press conference that the UK may “regain a sense of normality” by possibly introducing 20 minute testing to offer the equivalent of a COVID-19 passport.

During the conference, Johnson confirmed that from Monday a “rule of six” will be introduced in England, meaning people should not meet up in groups of more than six.

He says this measure replaces current guidance – “people only need to remember the rule of six”. He says that two households cannot meet socially if they make a group bigger than six.

Plans to pilot larger audiences in stadiums and to allow conferences to go ahead from October will be put on hold for review.

Regarding a potential COVID-19 passport, Johnson said: “In the near future we want to start using testing to identify people who are negative, who don’t have coronavirus, who are not infectious, so we can allow them to behave in a more normal way in the knowledge they can’t infect anyone else with the virus.”

This could allow office workers who test negative in the morning being able to work how they did before the pandemic, or allow people to attend venues for entertainment, for example.

“Up to now, we have used testing primarily to identify people who are positive – so we can isolate them from the community and protect high-risk groups. And that will continue to be our priority. We are working hard to increase our testing capacity to 500,000 tests a day by the end of October,” Johnson said.

“But in future, in the near future, we want to start using testing to identify people who are negative – who don’t have coronavirus and who are not infectious – so we can allow them to behave in a more normal way, in the knowledge they cannot infect anyone else with the virus.

“And we think, we hope, we believe that new types of tests which are simple, quick and scalable will become available. They use swabs or saliva and can turn round results in 90 or even 20 minutes. Crucially, it should be possible to deploy these tests on a far bigger scale than any country has yet achieved – literally millions of tests processed every single day,” added Johnson.

Already Big Tech is working with the UK government to create these passports.

Under discussion is the use of facial biometrics in order to prove which workers have had COVID.

One such tech firm is Onfido, a firm that specializes in facial biometrics has already delivered detailed plans to the government about what it is able to help accomplish on a nationwide basis. It claims that its proposals could actually be realized within a couple of months. The proposals state that the firm could use antigen or antibody tests.

It is telling that the World Health Organization is warning against “spreading false hope” with the immunity passport scheme. They argue we simply don’t know enough about how immunity develops after having had COVID. Yet the WHO and most countries are still going ahead with vaccine development.

Do you SEE where this is going?

We are actually witnessing a vaccine passport scheme, not an immunity scheme. “We don’t know enough about immunity” means having had COVID will not be enough to allow someone their “passport to freedom” as The Guardian has described it. However, the holy grail of vaccines will never be in question and we can offer a passport based upon proof of your vaccination. Predictably, this vaccine passport will extend to every other vaccine currently mandated by the governments of the “free world” upon its subjects.

Onfido claims that its new “COVID passport” could be the “linchpin of the new normality.”

The Guardian describes the scheme as follows:

Their solution would embed Onfido technology within another organization’s app to establish someone’s identity. The person would be asked to take a selfie and an image of their government-issued identification, such as a passport or driver’s license. The technology can determine whether the person’s face matches their ID, and also if the ID is genuine. This creates a digital identity.

They are then tested for coronavirus under a system endorsed by the government and the result is stored by another provider – in the UK this would most likely be the NHS.

When the person goes to their workplace, they open the app, take a photo of their face and that unlocks a QR code. That QR code would be scanned by reception using simple camera technology and on their system they would see the test result and a photo of the employee’s face for a short time, allowing them to visually determine the identity of the person in front of them.

The only technology a business would need to make this work would be a camera to take an image of the QR code as they arrive. No information about someone’s name, date of birth, address would be visible to the person on reception, only that they are fit to go into work.

A government source said a form of certification system is “still on the table and being considered” and that conversations around this concept fall under the government’s “track and trace” plans.

Right now, “Digital Identity experts” say they are only in the discovery phase of a plan that would be tailored to the needs of the UK government. Of course, if you believe that, I have some ocean front property to sell you in Arizona. Those plans have been in place for decades. All the UK government needed was the proper excuse to implement it.

Brandon Turbeville, Alan Watt, David Icke, and many others have been warning about this coming plan for years and years. One such article by Turbeville, entitled “Social Media, Universal Basic Income, And Cashless Society: How China’s Social Credit System Is Coming To America,” describes and how it is coming to the West. I highly encourage you to read that article and to access the work of the researchers and journalists I mentioned above.

Do you foresee any kind of “normalcy” being resumed with these measures? What are your thoughts about taking a weekly COVID test to be allowed to go about your business mask-free? Do you think the COVID passports will turn into the documentation of vaccinations? Do you think this will stop at the border of the UK or do you expect to see this rolled out in the US? Share your thoughts in the comments. 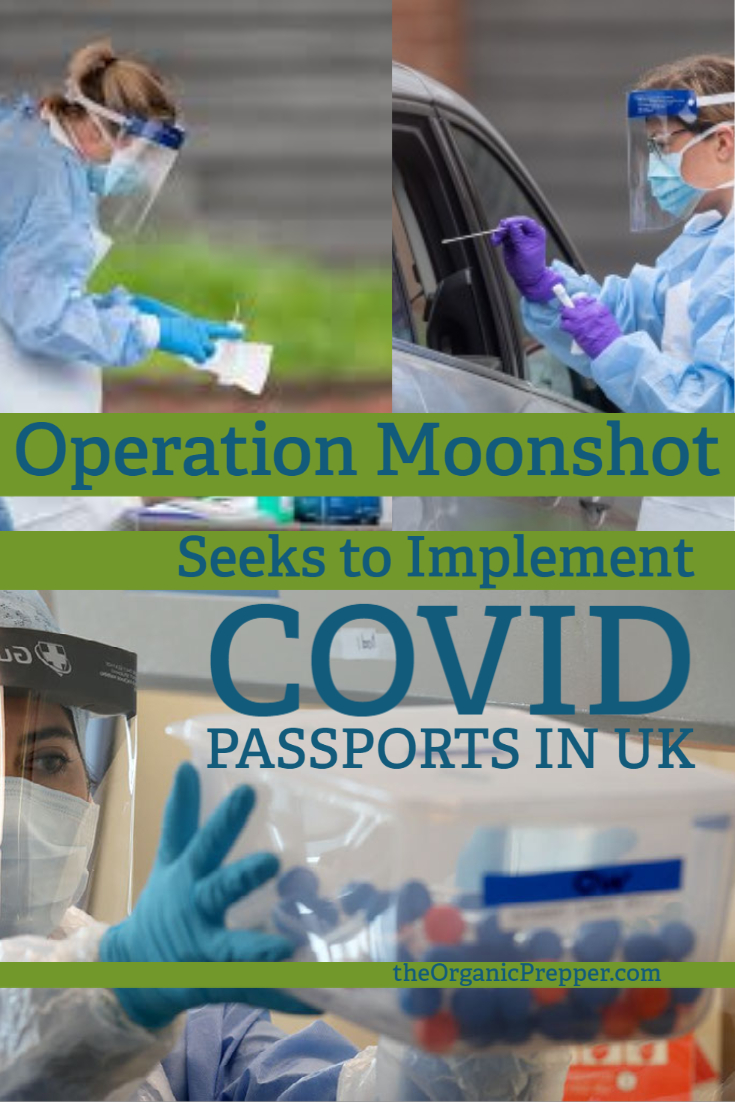