There’s a Shortage of Amoxicillin in America 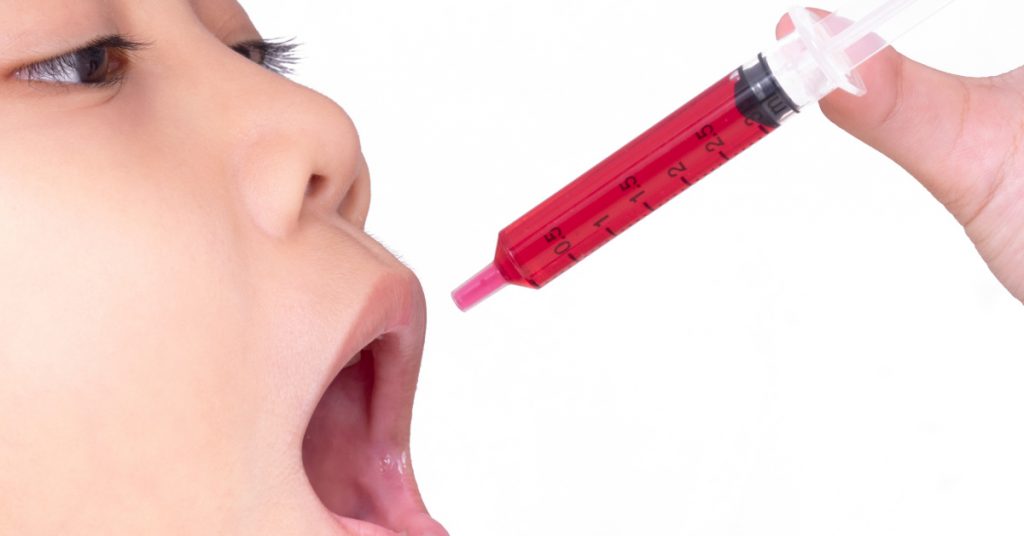 We figured this day would come, when basic medications were no longer plentiful. And now that it’s here, it is likely to affect some of the most vulnerable members of our population.

There’s a shortage of amoxicillin for children right now.

Amoxicillin is the most common drug used to treat things like ear infections, upper respiratory infections, and sinus infections in little ones, and the liquid type is very difficult to find right now in the United States of America.

The Hill tells us that numerous large suppliers have been hit with “increased demand.”

Hikma Pharmaceuticals, Teva Pharmaceutical Industries and Sandoz, the generics division of Novartis, have all reported shortages of various doses of amoxicillin, which is most commonly used to treat bacterial infections in children.

The FDA’s website lists increased demand as the reason for shortages at Hikma and Teva, as well as Aurobindo and Rising.

A shortage at Sandoz was listed as “other.”

…The ASHP began reporting amoxicillin shortages about two weeks ago, but the FDA first reported a shortage on Oct. 28.

The FDA only lists drugs on its website once it has confirmed that “overall market demand is not being met by the manufacturers of the product.”

The amoxicillin used for children is generally shipped in a powder form and turned into a suspension at the pharmacy.

Why is there a shortage?

Many are blaming an uptick in pediatric RSV – or respiratory syncytial virus – infections for the shortage. While RSV is a viral infection and antibiotics are generally used for bacterial infections, there’s a reason it’s being prescribed so widely.

According to Farah Jalloul, director of professional development at the Michigan Pharmacists Association:

For example, Jalloul explained that in addition to RSV, a child also may have developed an ear infection or pneumonia, which could be treated with amoxicillin.

“Amoxicillin is one of the most dispensed antibiotics for children,” Jalloul said. “Demand for the drug is not meeting the supply during this time. With the level of infection that we’ve seen, I’m assuming that physicians are also seeing an underlying cause of a bacterial infection.”

RSV is most likely to strike children, elderly folks, and people with compromised immune systems.

Why is there an increase in RSV?

RSV is not tracked by the CDC, however, doctors and hospitals are informally reporting an uptick in cases. Dr. Hossein Sadeghi, a pediatric pulmonologist and director of the Sue and John L. Weinberg Cystic Fibrosis Center at NewYork-Presbyterian Morgan Stanley Children’s Hospital, suggests that the increased number of RSV patients might be related to a lack of immunity built in little ones during the lockdowns and masking of their early days.

…the rise could be due to the loosening of COVID-19 mitigation efforts, such as masking, social distancing, and limitations on travel. “Most children, by the time they were two years of age, had at least one episode of RSV infection, which helped them build immunity,” says Dr. Sadeghi, who is also an associate professor of pediatrics at Columbia University Vagelos College of Physicians and Surgeons. “That changed with pandemic precautions and isolations in the past few years.”

This isn’t surprising –  many of us suspected the lockdowns and masking of the past two years would affect kids in many negative ways.

According to an article on The Washington Post, we shouldn’t worry too much about the shortage. (I wonder if that’s what they said in the early days of the formula shortage, too?)

Parents filling their kids’ prescriptions may have to try a few pharmacies or end up with a different strength or form than originally prescribed, but amoxicillin in some form is generally still available, pharmacists said. The supply of the liquid version is most strained, along with some chewable tablets…

…“This is a sudden demand for amoxicillin that the suppliers were just not prepared for,” said Erin Fox, a senior pharmacy director at University of Utah Health who tracks drug shortages. “Logically, it makes sense. … Colds are going to come back with a vengeance, and people are going to get sick.”

The shortage isn’t at a crisis level and may be short-term, lasting as long as the season of illness does, based on data from manufacturers, said Michael Ganio, senior director for pharmacy practice and quality at the American Society of Health-System Pharmacists.

Drugmakers have said they can fulfill their preplanned orders for the medicine but are struggling to meet the increased demand. Some said they were looking at whether they could increase production, though that can’t happen instantaneously.

What can we do about this shortage?

There are a few things you can do if you find yourself needing pediatric amoxicillin.

Call ahead. If you need to fill a prescription, call the pharmacy to make sure they have it in stock. It might be worth paying over the phone to secure your prescription.

Consider prepping for a wider antibiotic shortage. Check out the book Alton’s Antibiotics and Infectious Disease for Austere Conditions and look into fish antibiotics.

Have you seen evidence of this shortage?

These days, and after the past two years in particular, I find it difficult to trust anyone who says “Don’t worry, it’s no big deal. This is just a short-term issue.” Hopefully this is a minor blip on the radar, but it could also foreshadow worse things to come.

Is this happening locally where you are? Have you been able to acquire the needed medications? Do you think this will become a crisis? Why or why not?